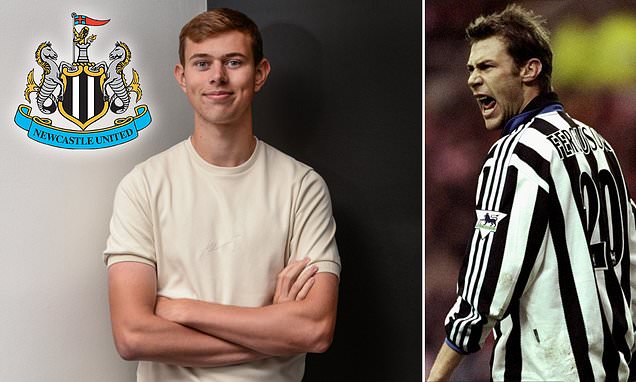 Cameron Ferguson – son of Everton legend Duncan – signs for Newcastle after impressing on trial with Magpies at the end of last season… and he’s a frontman too!

The 18-year-old forward joins the Magpies from Tranmere Rovers, having previously played in the academy at Goodison Park. His father spent two seasons at St James’ Park between 1998-2000.

Ferguson underwent a trial with Newcastle at the end of last season and scored in an Under-18s game against Sunderland. 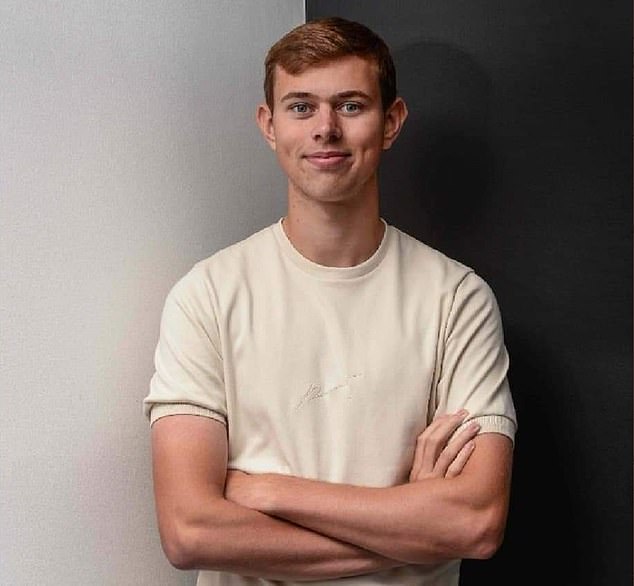 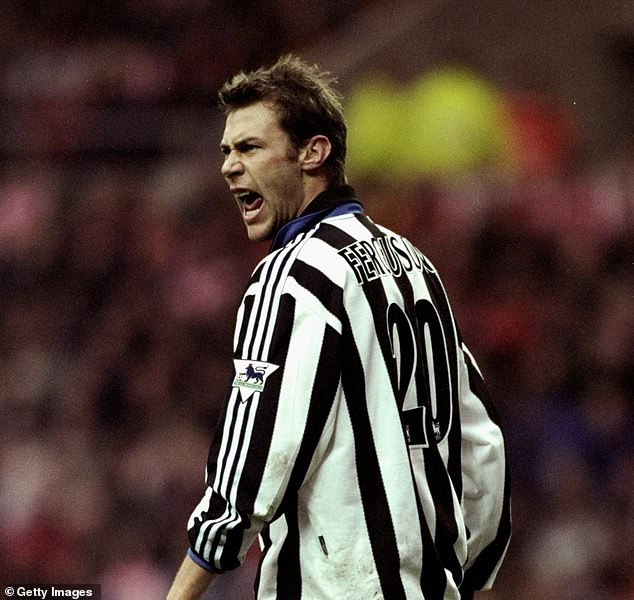 Duncan Ferguson spent two seasons with Newcastle and made 30 appearances

They have now offered him a deal and the tall striker told the club’s website: ‘When I got told they were going to sign me, I was made up.

‘The coaches have been excellent with me so far and everyone’s been helping me so much, so I can’t wait to get started.

‘Hopefully I can make an impact; the club have put a lot of belief in me and I want to work my hardest and do my best for the team and the club.

‘My dad is made up too – he speaks very highly of the club, its fan base and the lovely stadium.

‘When the call came through that I was going to sign, he was so excited and so are the whole family. To come to a club like Newcastle is fantastic and I’m over the moon.’

His son is not the only youngster to join Newcastle, who also announced deals for Charlie Wiggett and Remi Savage.

Wiggett, 18, arrives from Chelsea and is a centre-back looking to compete at Under-23 level.

He said: ‘I’m looking to come in, hit the ground running and impress people to progress my career and do what I can for the club.

Savage joins from Liverpool where he was part of the Reds’ FA Youth Cup-winning squad in 2018/19.

The 19-year-old is also a central defender and said: ‘I feel like it was the right time for a new chapter and hopefully I can push on from here. I’d like to bring leadership, and hopefully keep the goals out of the net – that’s the main job, really! I’ll give it my all and hopefully enjoy my time here, and push on as well.’