Mark Bonner had been manager of Cambridge United for a matter of days when the country descended into its first lockdown of the year.

Finally, he was in his dream job, officially in charge of the team he supported as a boy, having worked his way through the ranks from coaching seven and eight-year-old pre-academy kids, only for football to grind to a halt.

The League Two season was ended abruptly and the 34-year-old was furloughed, along with all but eight at the Abbey Stadium. 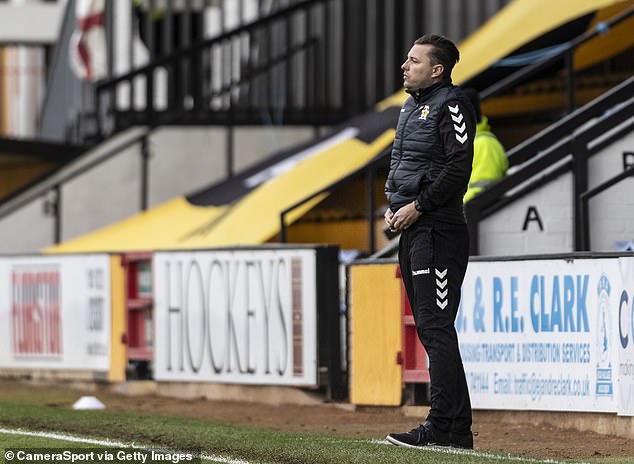 For six months, Bonner waited, organised his thoughts, planned and prepared, and when the new campaign came around, his Cambridge team were off to a flier.

They are the top scorers in English football and second in League Two, despite Saturday’s disappointment when Barrow’s Matt Platt scored a 96th-minute equaliser to deny them another win.

It hit like a defeat, but it will take much more to change the feeling that Cambridge are one of those clubs emerging from the lockdown in a better place than before.

‘You shouldn’t take positives from a pandemic,’ says Bonner. ‘But in a funny way, it gave us a chance to reflect and put some plans in place.

‘It allowed us to make early decisions on players out of contract and be fair to them, then get started on recruitment.

‘We came back from furlough bit by bit, out of hibernation. I feel like we handled that period well.’ 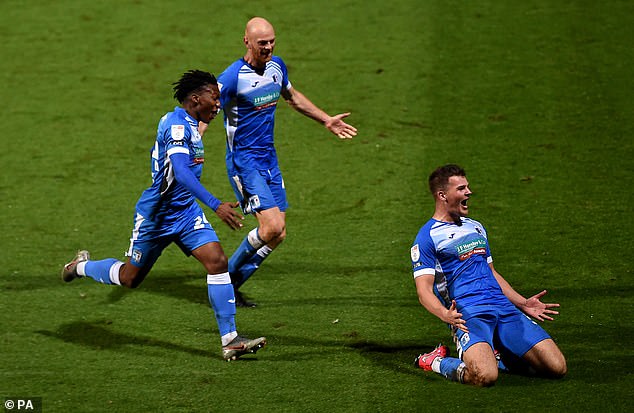 Off the pitch, Cambridge worked hard to stay connected with their fans through volunteer schemes in the community.

They sold more than 1,500 season tickets, the iFollow streaming figures have exceeded expectations and a move to a digital match-day programme has proved successful.

Where they used to print 800 programmes and make virtually nothing, a digital version is being downloaded by more than 6,000 fans and proving more appealing to sponsors.

Retail sales are up. A limited edition of 500 boxed replica shirts, designed to commemorate the 50th anniversary of their first season in the Football League, sold out in less than two hours. Cambridge are not just surviving but appear to be thriving in adversity.

After years of limping along, they are finally operating with a dynamism befitting the club in an area dubbed the Silicon Fen, due to its high-tech industry.

The Abbey hosted the first competitive game in the UK with fans after the lockdown — a crowd of 862 at an EFL Trophy game against Fulham Under 21s in September — and were set to host Carlisle with 1,500 fans before the Government pulled the plug on all pilot schemes. Arrows still mark the one-way route and hand-gel dispensers remain in place. 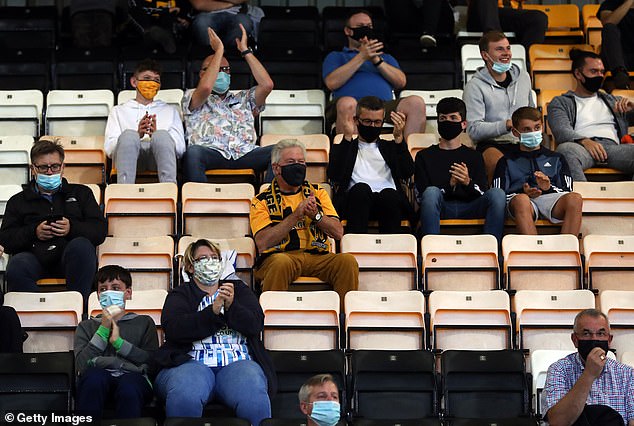 ‘We’re ready to go at the flick of a switch,’ says chief executive Ian Mather. ‘We will be careful and measured but it’s impossible to say when that will be. The best, I think, is to hope for some fans in before the end of the season.’

Plans to move to a new £50million stadium are creeping on, in step with the relocation of the nearby Marshall Airfield, which will release the land.

Bonner applauds the ‘stable leadership’ and ‘solid investment’ of American owner Paul Barry and a board including representatives from local pharma giants AstraZeneca, the Judge Business School and Christians in Sport.

‘We are well-run,’ says the young manager. ‘That allowed us to stay calm in a crisis. Others struggled financially or had owners struggling with their own businesses.

‘It has been a different experience for everybody but it allowed us to have a positive start to the year. That doesn’t guarantee anything but it keeps us hungry and motivated to keep this going.’

Bonner was a boy on the terraces when Cambridge were last promoted to the third tier, under Roy McFarland in 1999, and not much older when he left school at 16 to pursue a career in the club’s Community Coaching scheme. 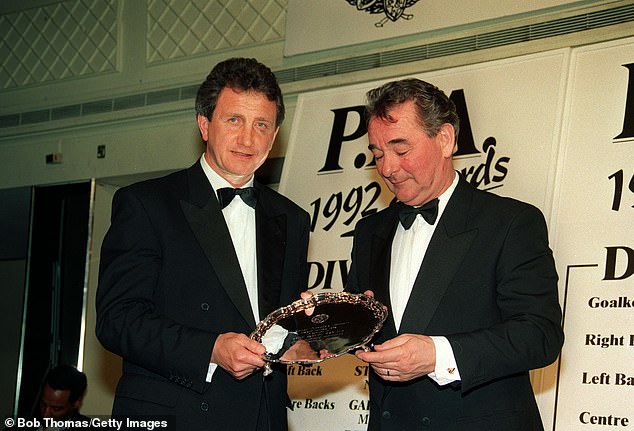 He moved to Southend when the U’s were relegated from the Football League in 2005 and the youth system disbanded as they were forced into administration.

In 2011, he returned to work with the Under 18s and ran the academy process, then progressed to working more with the first team alongside managers Richard Money, Shaun Derry, Joe Dunne and Colin Calderwood.

When Calderwood departed in January, Bonner took over as caretaker and on a permanent basis in March.

The team have responded to his leadership and it suits the club’s new image to have a fresh, exciting talent in the dug-out.

‘You’ve got to be ambitious,’ says Mather. ‘Nobody is in football to stay where they are.

‘You’ve got to manage things sustainably, you can’t chase the dream with money you don’t have and we’re not going to do that but we are going to chase. 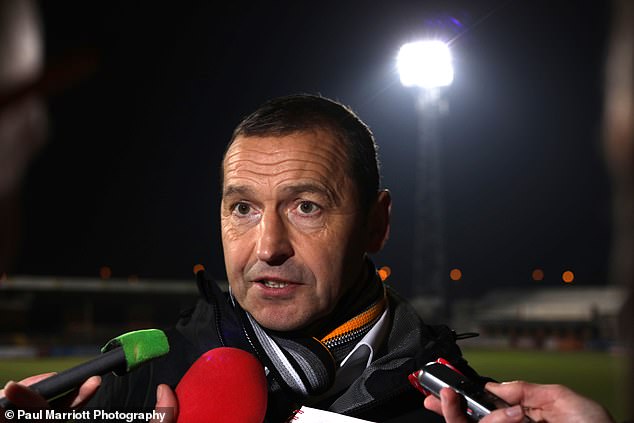 ‘We want promotion. This club can have a very bright future. Cambridge as a city is growing.

‘We’re planning for the future and we’ve got the whole club in a place from where we can move forward and be ambitious. Who knows where we can go?’