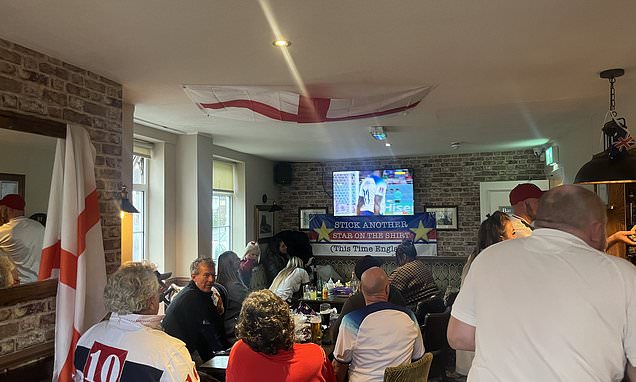 BULLETIN FROM THE BOOZER: World Cup fever was alive and well in this Essex pub as England thrashed Iran… even if a few punters had to go back to work afterwards

Qatar it is not. One, there is beer, at £3.50 a pint of Fosters. Two, it’s pouring down outside, where a giant mural of Declan Rice dominates the wall of this homely Essex pub.

Sportsmail is here to see how the English cope with a winter World Cup, when we are used to throwing plastic pints in the air and singing ‘It’s coming home’ while the sun burns our necks.

World Cup fever has been hard to find amid the miserable weather and controversy of Qatar. No flags in windows, no bunting, nothing to suggest this festival of football is catching the imagination. 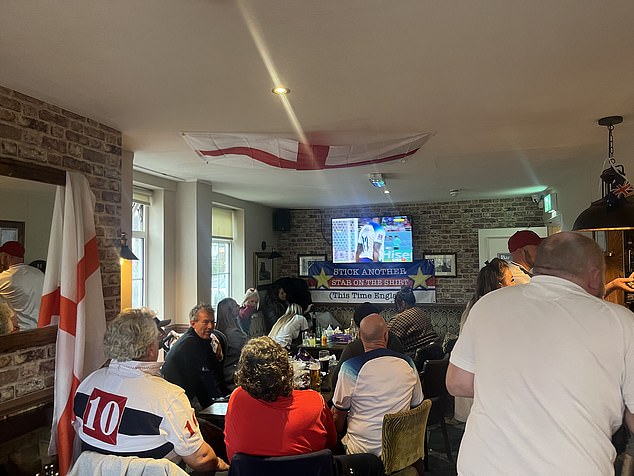 Sportsmail’s Kieran Gill watched the England vs Iran game at The Kings Arms in Orsett, Essex

Try telling that to those inside The Kings Arms. There’s a fake Jules Rimet Trophy behind the bar, England flags galore and New Order’s World In Motion and Fat Les’ Vindaloo on the playlist. It may be 1pm on a Monday but the pints are flowing and the punters, more than 100 of them, are bustling for the best view of the TV.

I’m sitting with a group of West Ham supporters – a lovely lady called Belinda, her boyfriend Craig and her son Warwick. When there’s a close-up of Rice, Belinda cannot help herself: ‘There’s Declan!’

Pete, another West Ham fan, isn’t sure how the game will go. None of us are. We’re English – we’ve learned not to expect too much from our team.

But when Jude Bellingham scores the opener, giving us cause for optimism, Craig says: ‘Go on then!’ He was on the lemon and lime. Now he fancies a Guinness. Why not? England are winning at a World Cup!

When 14 minutes of first-half stoppage time are announced it’s too much for a few patrons, who take to the fruit machine for a few spins. It’s 3-0 now and landlord Dan Morgan is busy. He was outside collecting glasses last week when he spotted a lad in a tracksuit taking a keen interest in the mural. 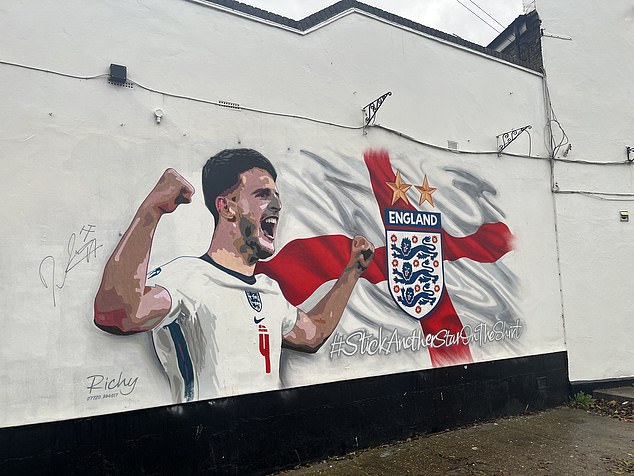 He went over to ask if he liked it. ‘When he turned around, I saw it was Declan Rice and I said “Oh my God!” I couldn’t believe it,’ said Dan.

It was painted by local artist Richy Hughes, who added two stars to the shirt in the hope that England will triumph.

He tells me he has also released a song on Spotify called Stick Another Star On It, with proceeds going to the Jeff Astle Foundation. He and his band even got to perform the tune on ITV’s Good Morning Britain.

It finishes 6-2 and shouts of ‘get in England’ ring around the room. Warwick laughs as his mate messages him to say ‘it’s coming home’.

It will be a strange month for The Kings Arms and other pubs, combining the World Cup with their usual Christmas clientele and other events, such as the Roy Chubby Brown tribute act performing here.

But World Cup fever was alive and well in this Essex boozer, even if a few punters had to go back to work afterwards. 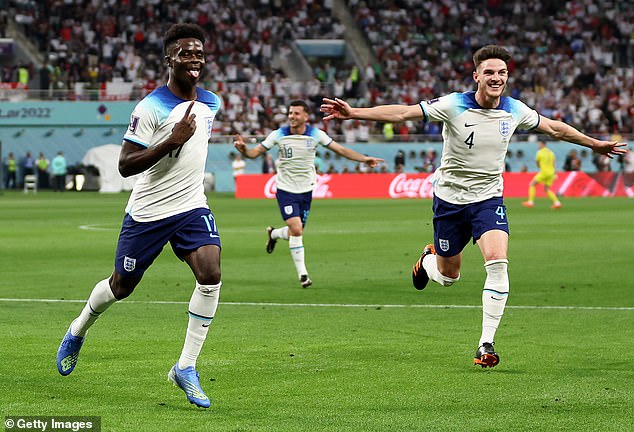 November 22, 2022 Soccer Comments Off on BULLETIN FROM THE BOOZER: World Cup fever was alive and well
NFL News