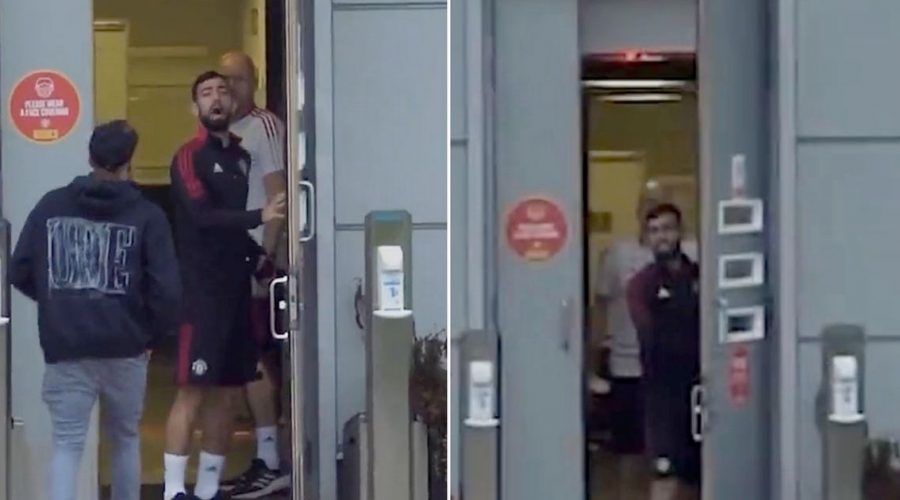 Bruno Fernandes has been filmed shouting at his Manchester United teammates.

The Portugal ace could be heard telling them to "stop being such ballers". The video has gone viral on social media, with the star player seen yelling at Fred and full-back Alex Telles, who were doing filming just outside the club’s training facilities. It is widely believe Fernandes was merely joking.

The former Sporting Lisbon attacker, Fernandes, added: “You are here to play football, not film it!” What followed was a series of swearing and general unpleasantries between Fernandes, Fred, and Telles. The star is thought to have said with irony “film my d**k", according to translation. Brazilian star Fred replied: “Chill out you f****r!”

The incident has been doing the rounds online and people have been giving their own take. One wrote: “I hope Fernandes was serious and not joking.” Another said:” I think the pen merchant needs to focus on his game more.” One wrote: “Those were fans against Bruno not teammates, stop spreading fake news.”

But another one responded: “If you’ve seen the video you would know it’s not fake news. Bruno said that to both Telles and Fred. Next time get ur “info” correct before saying it’s fake lmao” Another said: “Lol why did this just make my entire day, Love Bruno.”

One fan tweeted: “Nobody needed this summer vacation more desperately than Bruno. He needs to recharge, seems to be really stressed out Lol".

Telles was filming with a Brazilian football marketing agency, O Clube Football. The idea was to give a glimpse into the modern footballer.

Daily Star Sport has approached United for a response.