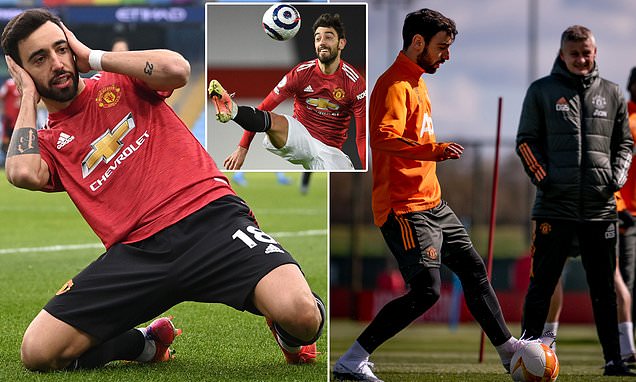 ‘It is never sufficient to win just one trophy at this club’: Bruno Fernandes says winning the Europa League this season isn’t enough for Man United as ambitious star demands Ole Gunnar Solskjaer’s side keep improving

Bruno Fernandes believes Manchester United need to do more than finish second in the Premier League and win the UEFA Europa League to count this season as a successful one.

The Portuguese playmaker, who has scored 23 goals and contributed 14 assists in an outstanding first full season at Old Trafford, says there remains much room for improvement for Ole Gunnar Solskjaer’s team.

United are on course to finish second in the league, albeit some distance behind champions-elect Manchester City, and face Spanish club Granada in the quarter-finals of the Europa League. 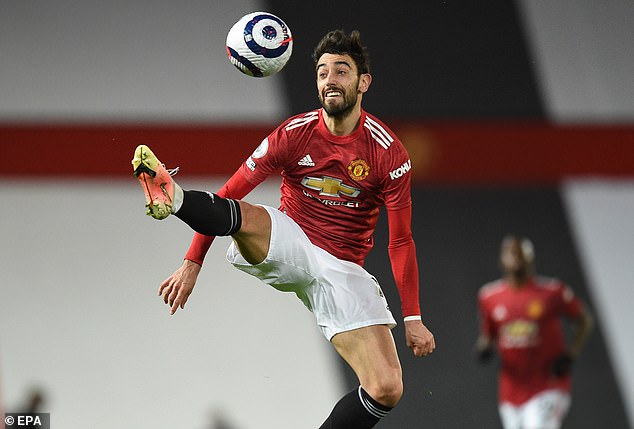 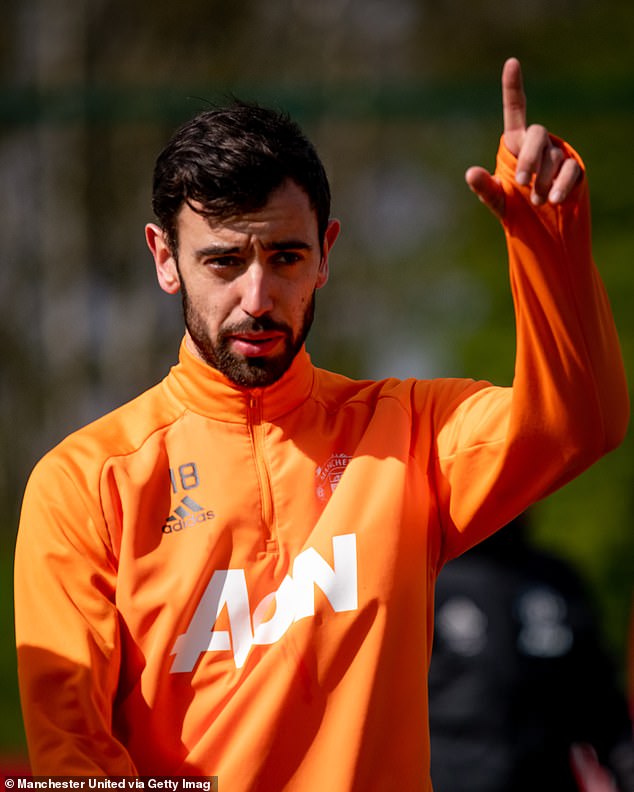 Speaking on talkSPORT before United fly out to Spain for Thursday night’s first leg, Fernandes spoke of his ambitions at United.

‘No, it is never sufficient when you win just one trophy at this club,’ he said. ‘You see in the past they won a lot of trophies.

‘The most important thing for us is understanding it doesn’t matter how many trophies we win, we still have to improve.’ 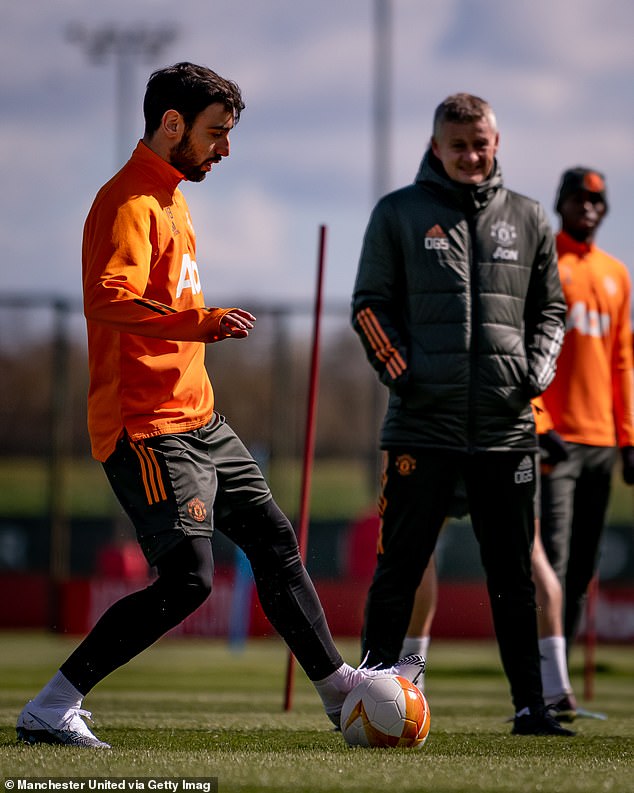 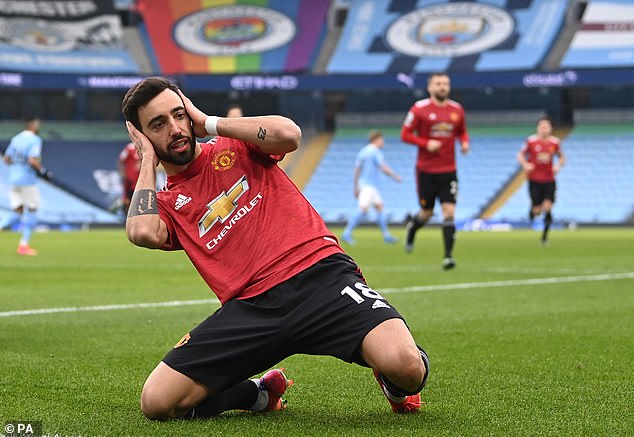 Fernandes is enjoying an excellent season, with 23 goals and 14 assists so far for United

Although finishing second in the Premier League would be an improvement on last season’s third place and there remains the possibility of a first piece of silverware since 2017, Fernandes knows United have lost games they shouldn’t have in the current campaign.

He added: ‘Honestly for us, we are improving as a team because we want to win trophies and everything we are in. But at the moment I think we are not at that level this season because we lost a lot of games.

‘Honestly, those games were not the kind of games we expect to lose and we lost a lot of points at home. Away, our form is really different [United haven’t lost an away league game all season].

‘I think we have improved and this season is not finished. We have a lot to do before the end of the season.

‘Until the mathematics is impossible, you have to believe. When it is not possible to catch City, I will forget the league.’

Solskjaer’s side are the favourites to win the Europa League and that combined with a strong finish in the league would show progress is being made under Solskjaer. 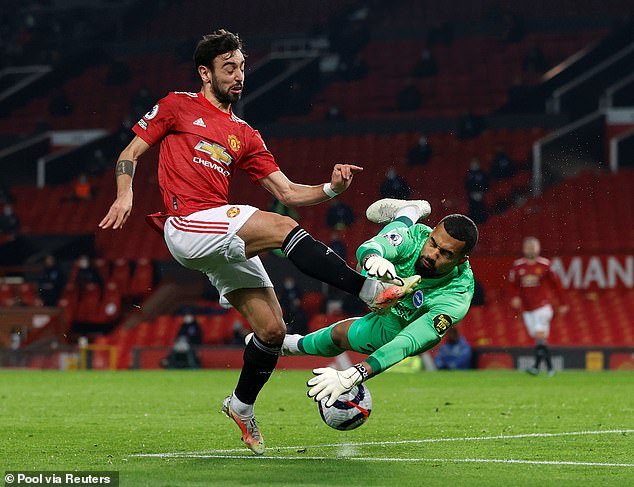 It would also help the team overcome a psychological hurdle after elimination in four semi-finals over the past two seasons.

After their meeting with Granada, United travel to Tottenham on Sunday where they will come up against former manager Jose Mourinho and a team that thrashed them 6-1 at Old Trafford earlier in the season.