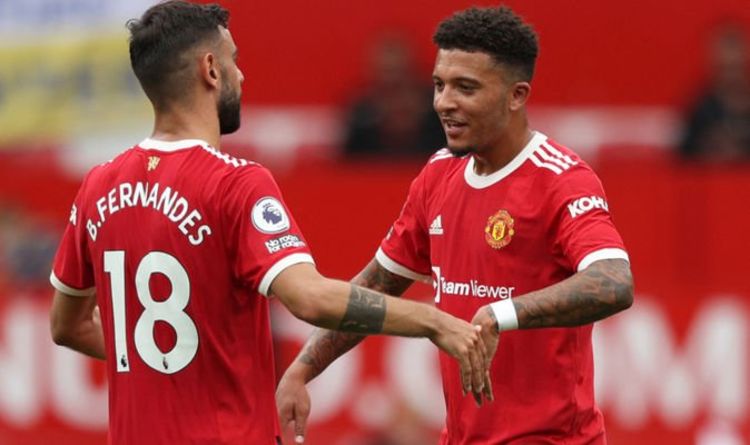 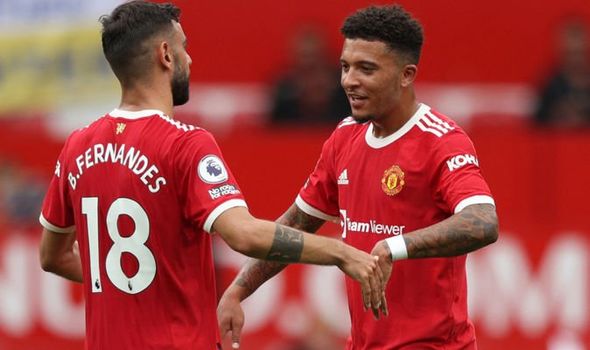 Bruno Fernandes scored a hat-trick as Manchester United hammered Leeds 5-1 at Old Trafford – then told his team-mates it will mean nothing without winning trophies this season.

United have been boosted by the arrival of Jadon Sancho from Borussia Dortmund for £73million.

The winger made his debut from the bench in the Premier League opener against Leeds with the three points already wrapped up.

Before the match, Raphael Varane was announced to the Old Trafford crowd as his transfer from Real Madrid was confirmed.

And Fernandes is delighted with the business his club have done.

“We know the quality of the players who have come in, but the team was already very good,” he said. “We showed it last season.

“We didn’t win trophies, but the team was growing up. Our focus has to be game by game. We’ll achieve something with this mentality.”

“People talk about the quality of Paul, but his quality is not in discussion,” Fernandes explained.

“We know what he can do and today he showed that. He’s an important player for us.

“We know to expect these kind of performances from Paul.”

And on his hat-trick, Fernandes added: “My objective every season is being better than the last one. Every performance I do, I want to do better and better. I’ve started with three goals but it’s a long way [to go].”