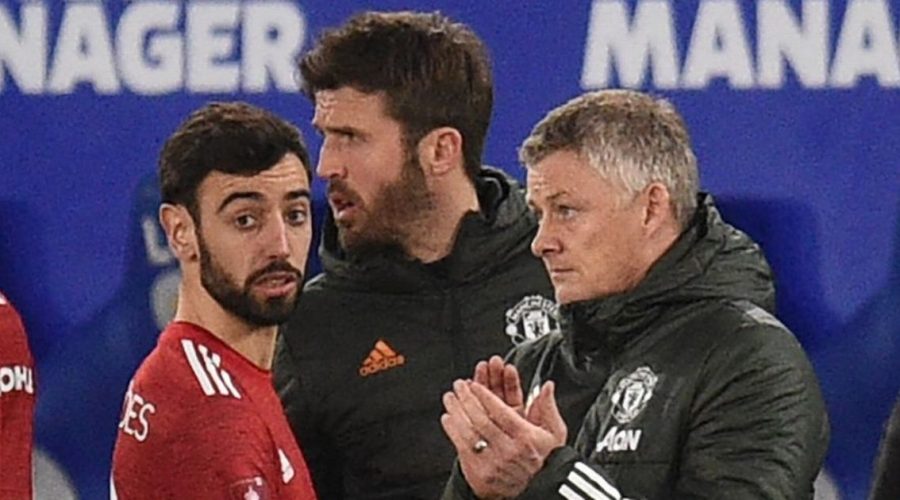 United are still fighting for one trophy this season, as it seems their Premier League title challenge is all-but over.

The Red Devils are 14 points behind table-toppers Manchester City, and it seems incredibly unlikely they'll be able to make that up in the last eight games of the campaign.

Instead, their best chance of silverware is the Europa League, following their disappointing exit from the FA Cup.

Speaking after their defeat to Leicester in the FA Cup quarter-finals, Solskjear played down the importance of winning trophies and suggested they are an 'ego' thing for players and other managers.

He said: "In the league position you see if there’s any progress for me, that’s always the bread and butter of the season that you see how capable you are of coping of ups and downs any cup competition can give you a trophy, but sometimes it’s more of an ego thing from other managers and clubs to finally win something."

However, Fernandes clearly disagrees, as he explained to FourFourTwo that he views trophies as the most important aspect of football.

United are yet to win anything under Solskjaer despite reaching the semi-finals of the League Cup and both last year's FA Cup and Europa League.

And the playmaker believes that record isn't good enough for a club at United's level.

“We can’t think of anything else at this club," he said.

“United is made for trophies and the whole mood is around that.

"We reached the semis [of the League Cup] and lost to City, but that’s not enough.

This month’s FourFourTwo is in shops on Wednesday, April 7 and has a 10 page interview with Manchester United forward Bruno Fernandes. Also in this issue, The Football League Top 50, an interview with Leeds star Raphinha and former Spurs star Steven Caulker opens up. For a special Reach subscription offer of three issues of FourFourTwo for £3: www.magazinesdirect.com/fft/81av