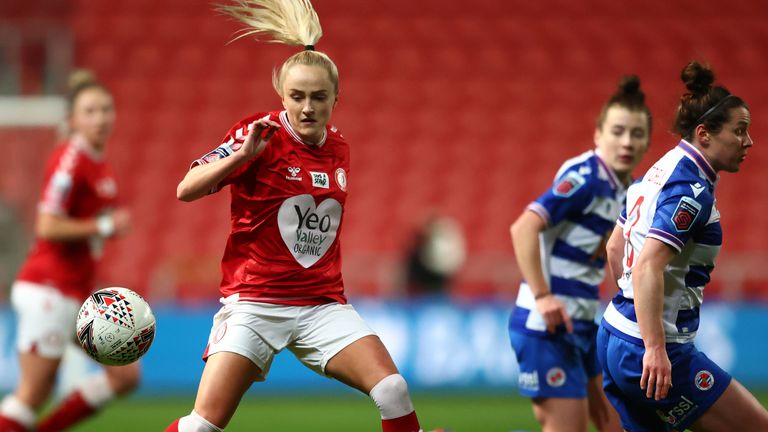 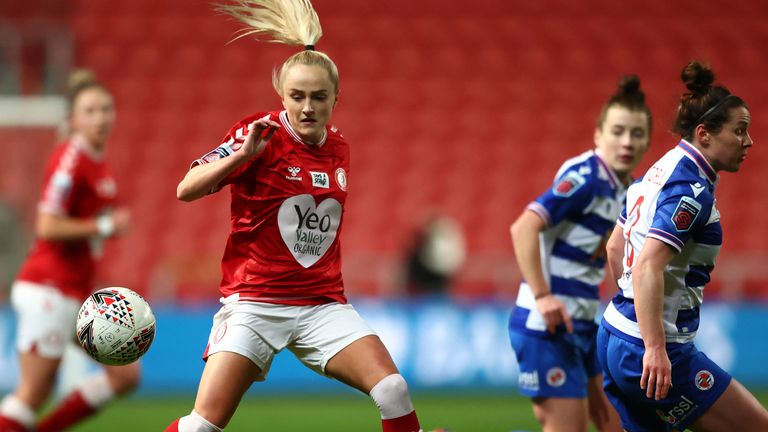 Bristol City beat Reading 3-2 to boost their chances of survival in the Women’s Super League.

England international Ebony Salmon got the winning goal 11 minutes from time to move the hosts off the bottom of the table on International Women’s Day.

Reading opened the scoring at Ashton Gate in the 14th minute when Emma Harries netted from close range.

Jemma Purfield had City in front in the 58th minute, whipping the ball over Reading goalkeeper Grace Moloney, only for the Royals to equalise 15 minutes later with a fantastic strike from Rachel Rowe.

However, Salmon settled the contest in the hosts’ favour in the 79th minute with a perfectly-placed shot into the bottom right corner, her 10th goal of the season.

Rowe was dismissed for a second yellow card in the closing stages and interim Robins head coach Matt Beard saw his team hold on.

City’s second win of the season enabled them to climb above Beard’s former club, West Ham.