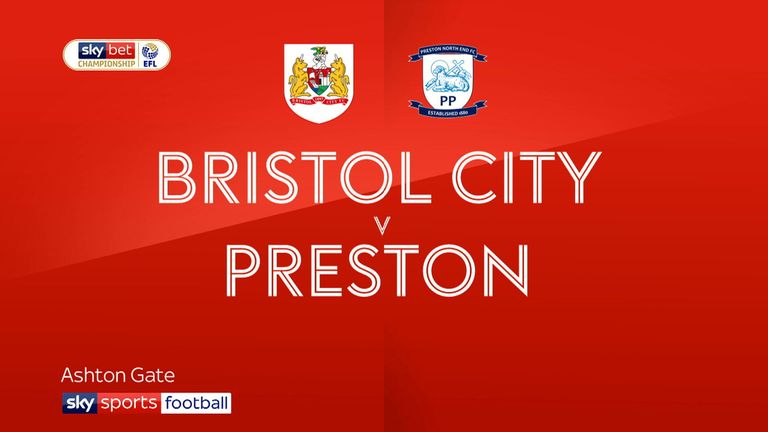 The only goal came after 35 minutes when sloppy City defending led to Daniel Johnson bursting into the box and crossing low from the right for the unmarked Robinson to tap home at the far post.

Preston were the better side throughout and the hosts left the pitch to a crescendo of booing from disgruntled fans as their dip in form continued.

The first half lacked atmosphere and much quality football. City were unable to get their passing game together and neither goalkeeper had much to do.

Famara Diedhiou put an early headed chance over the bar, and at the other end Sean Maguire nodded straight into the arms of City keeper Niki Maenpaa.

Two errors by Adam Webster almost cost City dear. First he lost possession and Maguire’s shot was saved by Maenpaa, who then had to react smartly to smother an effort from Tom Barkhuizen following an under-hit back-pass.

But they were punished 10 minutes before the interval when Robinson was given space to apply the finish to Daniel Johnson’s cross.

Robinson’s goal came with the home fans getting increasingly restless, and it was no surprise when Lee Johnson’s team left the pitch at the interval to a chorus of jeers.

Preston had been competent defensively and posed the occasional threat, which was enough to merit their half-time advantage.

By 54 minutes, City boss Johnson had seen enough and made a double change, sending on Niclas Eliasson for Nathan Baker and Jamie Paterson for Walsh, switching to a back four from a wing-back system.

It was all Preston as Robinson had a shot blocked and the visitors were first to most balls in all areas of the pitch. The only good thing that could be said for City as the hour mark was reached was that they were only one down.

Johnson made a third change, replacing the out-of-touch Diedhiou with Matty Taylor to ironic cheers from home supporters.

But North End were still proving organised and hard-working as they made their first substitution, manager Alex Neil sending on Alan Browne for Paul Gallagher in midfield.

Josh Brownhill had an 82nd-minute free-kick from 25 yards tipped over by Declan Rudd, but it was a rare moment of concern for the Preston keeper.

The home crowd’s frustration was increased by a number of stoppages for injuries to North End players as a low-key game drew to its conclusion.

In the end it was a thoroughly professional away performance by Neil’s men, who merited the points. But for Johnson, there was much food for thought after one of the poorest home displays since he took charge.