Neal Maupay back in contention for Brighton with Solly March set to be assessed; Burnley captain Ben Mee could feature for the first time since June; follow Brighton vs Burnley in our dedicated live blog with highlights published shortly after the final whistle 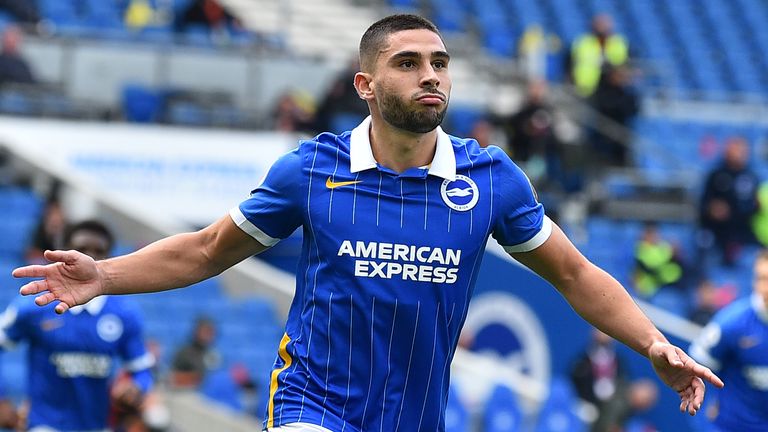 Team news, stats and prediction ahead of Brighton vs Burnley in the Premier League on Friday; kick-off 5.30pm.

Brighton striker Neal Maupay is back in contention for Friday’s Premier League clash against Burnley at the Amex Stadium. The Frenchman was omitted for last week’s defeat at Tottenham after a disciplinary issue.

Alireza Jahanbakhsh is hoping to return after a hamstring injury and Solly March, who came off in the second half against Spurs with an ankle injury, will be assessed. Mat Ryan will hope to win back his place in goal from Robert Sanchez.

Burnley captain Ben Mee is closing in on a return and could feature on the south coast. The centre-back has not played since the end of June because of a thigh injury but featured in a training-ground match last week and is now injury-free.

Phil Bardsley also played in that game after being sidelined by a positive Covid-19 test and Johann Berg Gudmundsson (calf) has a chance of being fit. However, Jack Cork (ankle) and Erik Pieters (calf) are still out.

Brighton vs Burnley will be broadcast live on Sky Sports Box Office; kick-off at 12pm.

Follow Brighton vs Burnley in our dedicated live match blog. Highlights will also be published on the Sky Sports digital platforms and the Sky Sports Football YouTube channel shortly after the final whistle.