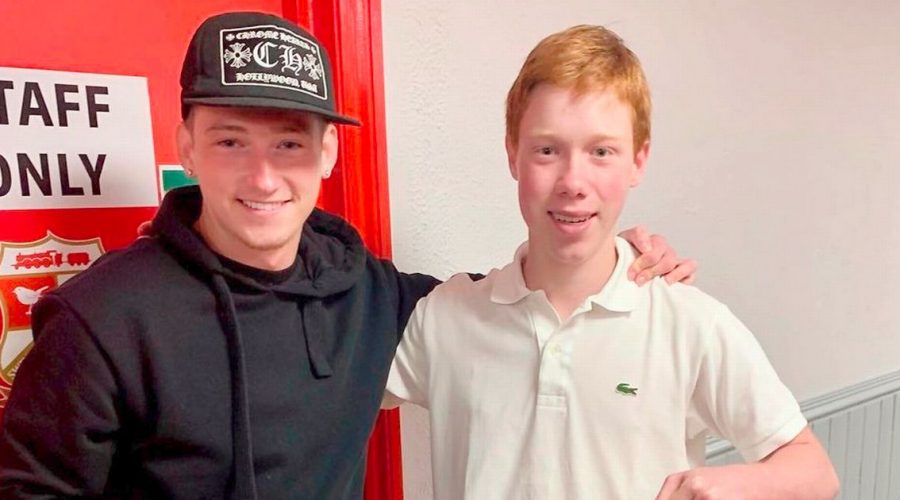 Most school kids heading into their GCSEs are trying to figure out what they want to do in life – but not Henry Moffat.

The 16-year-old is already well underway with his career, acting as a personal shopper to the rising stars of the Premier League. Henry has kitted out the likes of Liverpool's Rhys Williams and Manchester United's Teden Mengi among countless others.

“It’s a dream for me, it keeps expanding and its a joy for me to work with these footballers. When I get their stuff, I’m happy I’ve been able to provide what they want, and they’re happy with their stuff," he told The Mirror.

It all started for the teenager when he won a pair of Yeezy trainers in a prize draw. Henry noticed they had a huge resale value, but that marketplaces would take a sizeable chunk of the profit.

So he instead started selling them himself, cutting out the middle man and making money for his own bank account. That led to him setting up his company Umi Sneakers, sourcing high-end fashion which can be hard to find for the average person.

He reached out to several academy footballers, with Norwegian Isak Hansen-Aaroen replying to buy a pair a shoes shortly before he joined United in 2020. Word of mouth spread from there, with Henry now having over 60 youth players as his clients.

“I like dealing with the academy footballers because the goal is to grow up with them, and when they do breakthrough into the first-teams then I’m already their go-to guy for their shoes and clothes," he explained. “That’s where the future will hopefully take us.”

It's not just football's stars of tomorrow that Henry works with either. He's branched out into other sports, selling to England cricketer Ollie Pope and England rugby union fly-half Marcus Smith.

And music and reality TV stars are among his clientele as well. But Henry isn't getting ahead of himself, adding: “I have to juggle things around school and the business, and sometimes sacrifices have to be made, but I know they’re both important and it’s all good for now.”