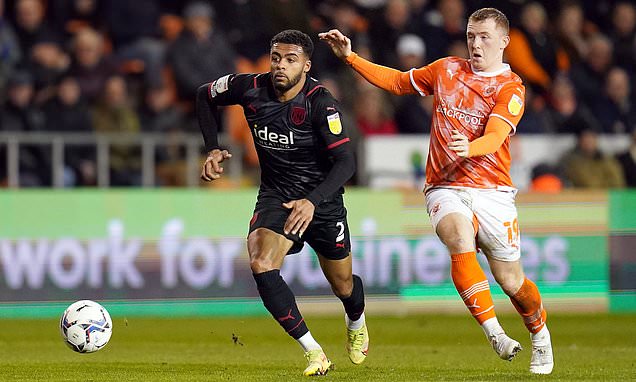 Blackpool 0-0 West Brom: Baggies stop the rot on the road as they end run of four straight away defeats… but Valerien Ismael’s side lose yet more ground on Championship automatic promotion spots

West Brom halted their run of four away defeats but were still left frustrated after this stalemate at Bloomfield Road.

Boss Valerien Ismael’s demand for more composure in front of goal went unheeded as his team missed numerous chances to make up some ground on leading pair Fulham and Bournemouth.

Albion remain in third place but after a 10-game unbeaten start to the season, they have taken only four points and scored two goals from their last five games. 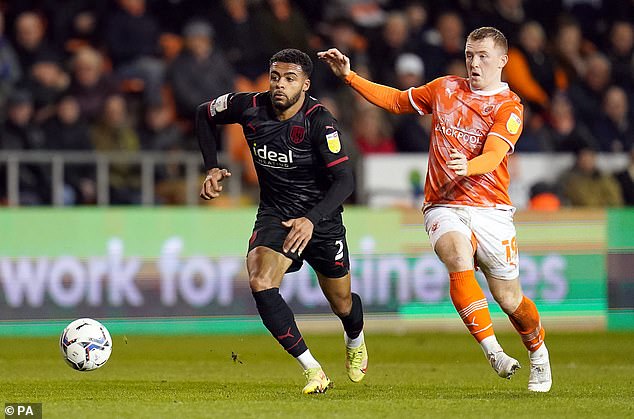 But Albion had their keeper Sam Johnstone to thank for keeping them level at the break with a double save from Gary Madine and Keshi Anderson.

The second half followed a similar pattern of Albion dominance and Blackpool threat on the break and from set-pieces.

Grimshaw came to Blackpool’s rescue again with a late save from Matt Clarke while Grant sent a chance wide from Townsend’s low cross as Albion piled on the pressure looking for all three points.

But newly-promoted Blackpool held out and could have snatched an unlikely winner after 76 minutes when sub CJ Hamilton hooked his shot wide.

Neil Critchley’s side have now held Bournemouth and Albion and beaten Fulham to show they should have no trouble staying in the division. 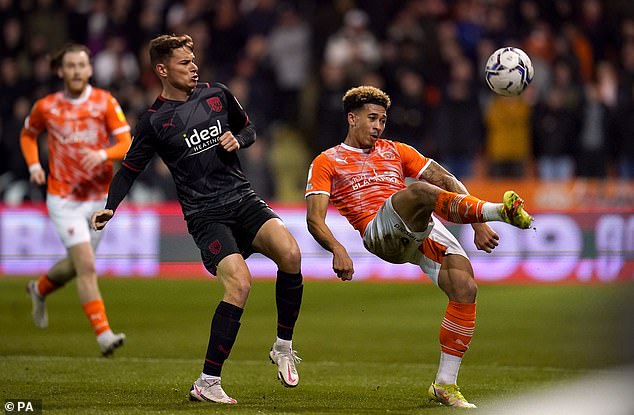