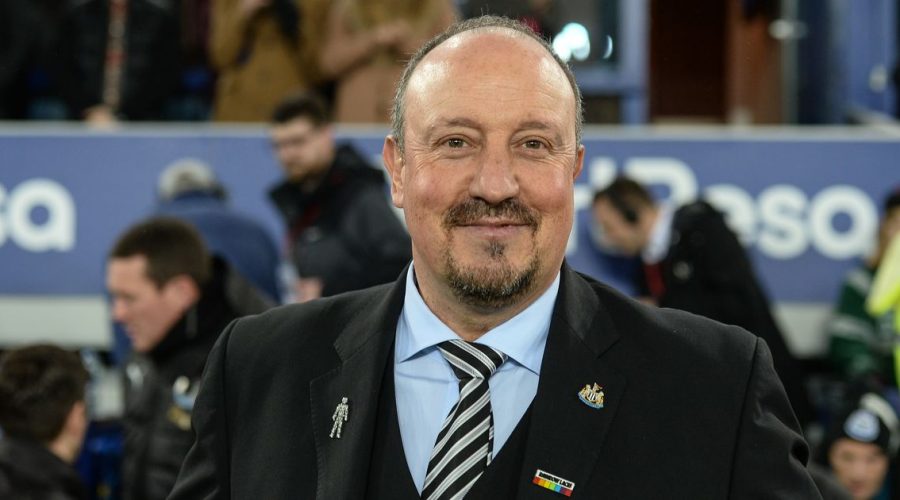 Rafa Benitez could destroy his Liverpool legacy by agreeing to replace Carlo Ancelotti at Everton this summer according to former Reds midfielder Jason McAteer.

The Spaniard, who has managed Inter Milan, Chelsea, Napoli, Real Madrid, Newcastle and Dalian Professional since leaving Anfield, has not ruled himself out of the running.

The 61-year-old, who will forever entwined in Liverpool history after leading them to Champions League glory against AC Milan in 2005, risks taking the same path as Michael Owen.

The former England striker was a hero on the Kop having progressed through their youth academy, but that love dissipated after he joined Manchester United from Newcastle after leaving Real Madrid.

McAteer believes that the same path would follow for Benitez should he move to Goodison Park this summer, noting that fans have not forgiven the actions of Owen after 12 years.

McAteer told beIN SPORTS: "I was going to liken it, if Rafa went to Everton, like Michael Owen going to Manchester United and we play in legends games now and Michael finds it very tough to gain the respect of the Liverpool fans.

"I think he lost it. He's never looked upon as the great player he was it Liverpool because he went to Manchester United. And Rafa would lose that respect."

Should Rafa Benitez take the Everton job? Give us your thoughts in the comments.

BBC Sport report that Benitez is in 'prime position to be offered the Everton manager's job' having entered a third round of talks with the club's hierarchy.

In terms of Owen, the 41-year-old issued a response to whether he regrets moving to United last year – despite winning the Premier League title with the Red Devils in 2011.

Owen told Robbie Savage on BBC Radio 5 Live: “My agent spoke to virtually every club on the planet to see who was interested and the options were Hull City, Everton and Manchester United.

“You can imagine my thought process; go to Everton and get hated, go to Man Utd and be hated as well or go to Hull, and with all due respect to Hull, they were near the bottom and I just didn’t think that was an appropriate move.

“No way am I going to sit here to appease certain people and say ‘oh no, I shouldn’t have done this’. I couldn’t believe my luck when Man Utd came in for me.

“Here’s me regressing as a player in my own mind and still the champions of England wanted to sign me – I was absolutely buzzing when they asked me.”

June 30, 2021 Soccer Comments Off on Benitez to Everton is the same as Owen joining Man Utd to Liverpool fans
NFL News