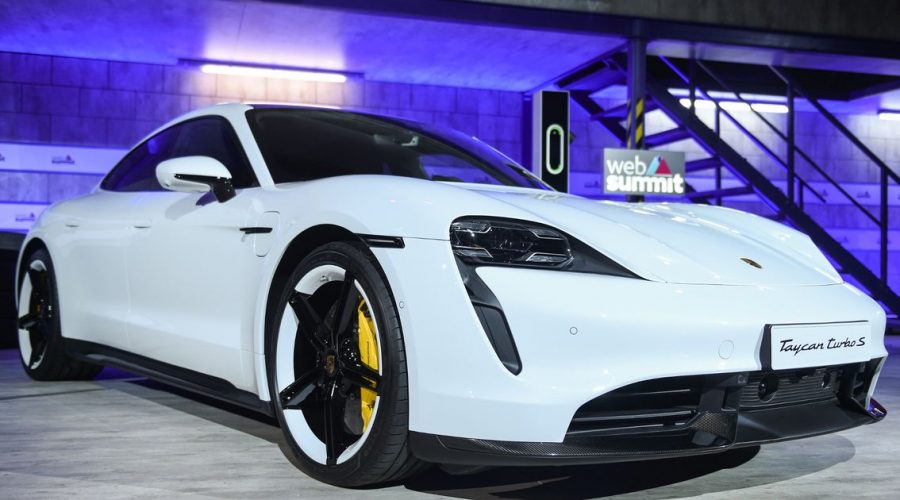 Former Arsenal striker Nicklas Bendtner could have his £234,000 Porsche supercar seized by police after being hit with seven charges for driving offences.

Bendtner, who scored 45 goals in 171 games for the Gunners, has been ordered to appear before Copenhagen district court on April 27.

The Denmark international faces five counts of driving without a valid licence, along with a further two charges for speeding.

He has been accused of committing the offences between June 2020 and February 2021.

And prosecutors are now calling for his swanky Porsche Taycan Turbo S motor to be taken off him by police.

The supercar has a 162mph top speed, and according to Danish media it is a worth an astonishing two million kroner – which equates to £234,000.

Bendtner’s lawyer Anja Velbaek Mouridsen has said her client would plead guilty to the speeding charges, however she maintains that the striker holds a UK driving license, which entitles him to drive in Denmark. Mouridsen said: “He should be acquitted. We will appeal to the High Court if the district court comes to a different decision.”

Bendtner, who is currently playing in Denmark with fourth-tier side Tarnby FF, has appeared in court on a number of occasions, landing a 50-day jail sentence in 2018 for assaulting a taxi driver. However, he was allowed to serve the time on licence with an electronic tag.

The controversial star also received a three-year driving ban in 2013 for drink-driving.

Bendtner spent nine years with Arsenal before leaving for Wolfsburg in 2014, where he scored nine goals in 47 games until moving back to England to join Nottingham Forest in 2016. He only made 17 appearances for the club, scoring two goals, before heading to Norway and spending three years with Rosenborg – where he scored 35 goals in 86 games.

After a brief stint with Copenhagen, he now finds himself in the fourth tier of Danish football with Tarnby FF.

READ MORE:Eden Hazard was 'still drunk' hours before one of his greatest-ever performances

April 17, 2021 Soccer Comments Off on Bendtner could have £234k Porsche taken off him by police after seven charges
NFL News