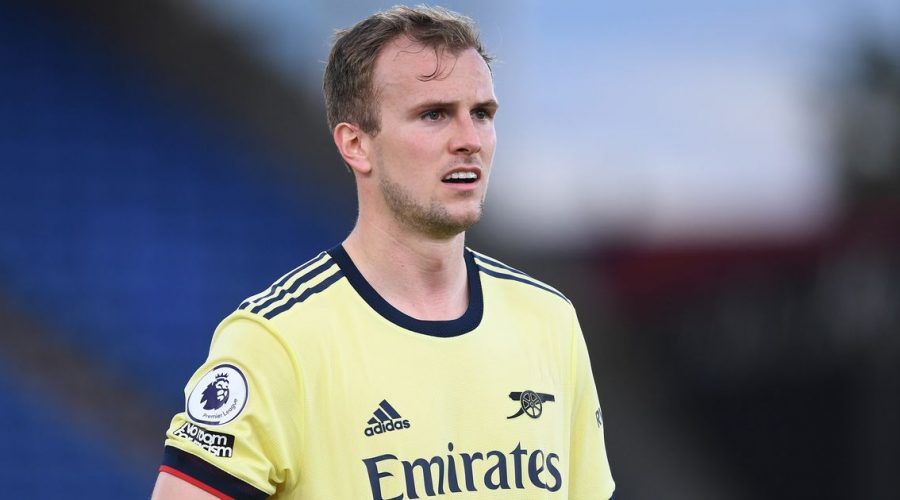 Arsenal are in talks over a potential deal to sign Brighton centre-back Ben White – which could trigger Rob Holding's departure from the club.

Mikel Arteta has identified White, 23, as a top transfer target in the summer window, but reports suggest Gunners chiefs have already seen two bids rejected by the Seagulls.

The north London club are likely to come back in with another offer, nevertheless, and The Times believe that could signal the end for Holding.

Should White arrive at the Emirates as expected, the 25-year-old will reportedly be up for sale in a bid to raise transfer funds. Holding has spent the last five years at Arsenal after joining from Bolton in 2016, making 117 appearances and winning two FA Cups.

He was a key member of Arteta's squad last season, featuring 39 times in what proved a disappointing campaign for the Gunners as they missed out on European qualification.

Do you think Arsenal should sign Ben White this summer? Let us know in the comments section below.

Now the English defender is facing an uncertain future amid talk of a potential deal for White, but he is not the only player being linked with a move away from Arsenal.

Hector Bellerin is also understood to be seeking a transfer this summer, with the right-back setting his sights on a move back to Spain.

Granit Xhaka is closing in on a permanent switch to Roma, while Lucas Torreira's agent recently hinted at a potential return to Italy following his loan spell with Atletico Madrid.

Konstantinos Mavropanos has already sealed a move, departing the Gunners to rejoin Stuttgart on a season-long loan deal which includes an option to buy. Arteta is looking to clear out the deadwood in his squad and strengthen in multiple areas as he aims to bring Arsenal back into European competitions.

The club missed out on qualification for the first time in 25 years last season after finishing eighth in the Premier League.