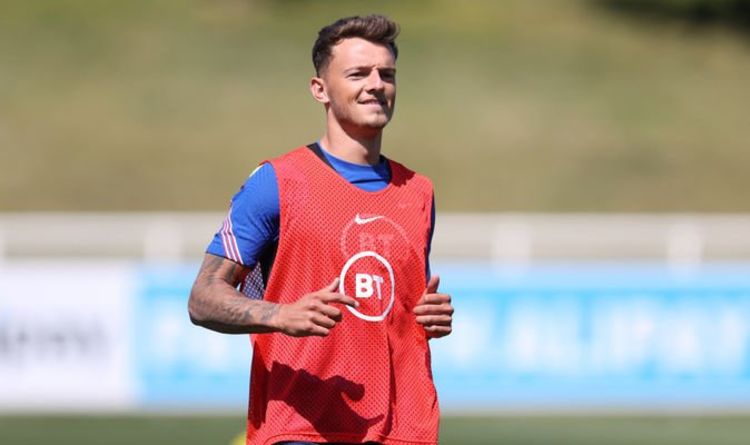 England international Ben White seems to be nearing a move to Arsenal after a £50million bid was launched on Thursday. Such a transfer fee is a serious investment for a side without the luxury of European football next season, so a squad re-shuffle could well be on the cards at the Emirates.

The Gunners had an initial £40m bid rejected by Brighton earlier in the window, but the extent of their admiration for White prompted them to come back in with an improved offer.

The 23-year-old was a late replacement in England’s squad for Euro 2020 after Trent Alexander-Arnold withdrew through injury.

The centre-back impressed in England’s warm-up games, as well as during the Premier League season with Brighton where he showed his versatility by regularly popping up in midfield.

Nevertheless, a player who would virtually be a guaranteed starter in north London will likely encourage Arteta to reflect on his current crop.

Here are four players who could fall victim to the £50m move this summer:

JUST IN: Euro 2020 supercomputer predicts England to make final but lose to France at Wembley 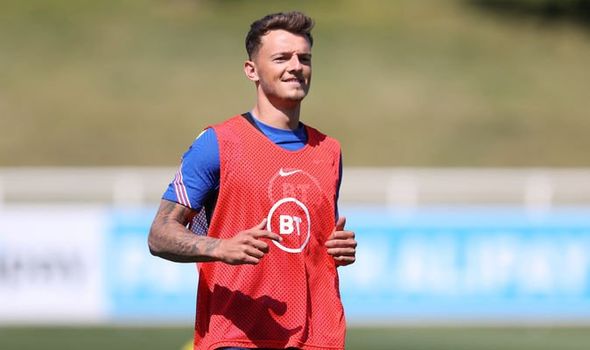 The young French defender’s immediate future at Arsenal truly hangs in the balance, with Arteta undecided as to whether he will spend a third successive season out on loan.

The fact Saliba has committed to France’s Olympic team has made the situation yet more difficult for the 20-year-old.

Pre-season would have been the ideal opportunity for the former St Etienne man to show his worth, but the bulk of this time now looks to be spent out in Tokyo.

Saliba impressed for Nice last campaign but he may just be surplus to requirements for the upcoming season as he faces the prospect of continuing his development elsewhere.

Although White does not pose a threat to Smith-Rowe’s spot in the Arsenal side, Arsenal may be forced to sell the midfielder in order to balance the books.

Affectionately known as the ‘Croydon De Bruyne’, the 20-year-old became a regular fixture in the Gunners’ attack towards the back end of last season.

However, a £50m investment surely cannot be made without sacrificing a current squad member to make ends meet.

With Aston Villa submitting a rejected £25m-bid earlier this summer, the writing could be on the wall for Smith-Rowe and his time at the Emirates if their interest persists.

After all, Arteta’s side may be able to scoop a tasty transfer sum if Jack Grealish’s reported £100m transfer to Manchester City goes through. 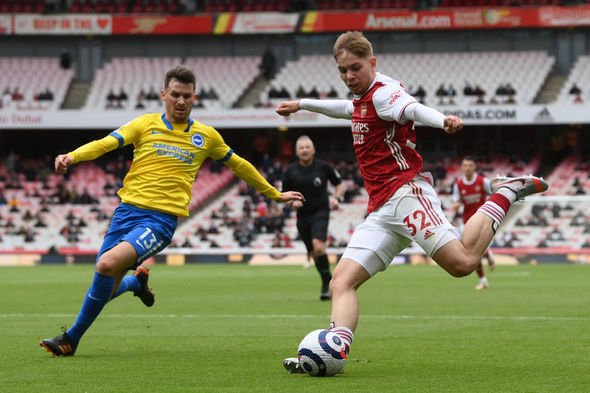 The three-cap Englishman joined Arsenal as a youngster from Southampton, but his 10 Premier League appearances last term highlight his general inability to nail down a starting spot for the Gunners.

The versatile defender has spent two separate seasons out on loan since signing for Arsenal, firstly at Middlesbrough and then Fulham in 2018/19.

Now 26, another loan would presumably be less preferable than a permanent transfer as regular game time becomes a priority.

With Ben White on his way into the centre-back ranks, Chambers could either see his minutes suffer or look to move elsewhere.

Spanish centre-back Pablo Mari could be another casualty of White’s arrival at the club, unless he is happy to slip further down the pecking order in north London.

The 27-year-old has only made 12 appearances for the Gunners since moving to the club around 18 months ago.

Having been a regular starter in only a small handful of seasons in his career, Mari may look to move on as he enters his prime years.

July 2, 2021 Soccer Comments Off on Ben White to Arsenal £50m transfer could spell end of four players at the Emirates
NFL News