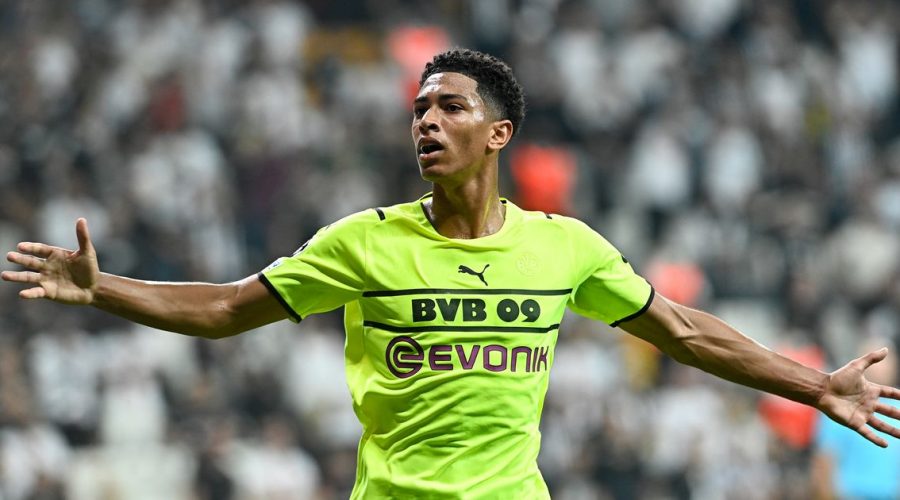 Jude Bellingham furthered his reputation as one of the most exciting young players in world football by starring in Borussia Dortmund’s win over Besiktas on Wednesday night. In doing so, he beat a record set by Kylian Mbappe.

Bellingham scored one and assisted the other as Dortmund kicked off their Champions League campaign with a 2-1 win in Turkey in Group C.

The 18-year-old midfielder opened the scoring in the 20th minute by chesting down Thomas Meunier’s pass and rifling in from a tight angle.

And he helped make it 2-0 before half-time by reaching the byline with a surging run to cut the ball back for Erling Haaland to tap in his 66th goal in his 66th game for Dortmund.

Francisco Montero's late header from Miralem Pjanic’s free-kick earnt Besiktas a consolation in injury-time, but it was undoubtedly Dortmund and Bellingham’s night in Istanbul.

Bellingham’s outstanding performance continued his imperious run of form at the start of the 2021/22 season – and he capped it with a small piece of Champions League history.

The former Birmingham City midfielder’s goal saw him become the youngest player in the competition’s history to score in consecutive games.

His staggering rise was underlined further by the fact it was Kylian Mbappe’s record that Bellingham broke.

Bellingham’s second goal came at the age of 18 years and 78 days, seven days faster than Mbappe, at 18 years and 85 days.

How far can Jude Bellingham go in his career? Have your say in the comments section below.

His night could have been even better, had Besiktas goalkeeper Ersin Destanoglu not saved his attempt in the second half following a mazy run which beat two defenders.

Bellingham now has two goals and two assists in seven appearances for Dortmund this season, while he has also shown his ability in an England shirt.

England’s 4-0 win on September 5 did not contain a Bellingham goal, but his performance was the main talking point from the World Cup qualifier.

The 18-year-old has now won eight caps for his country and looks set to play a significant role in the Three Lions’ future under Gareth Southgate.