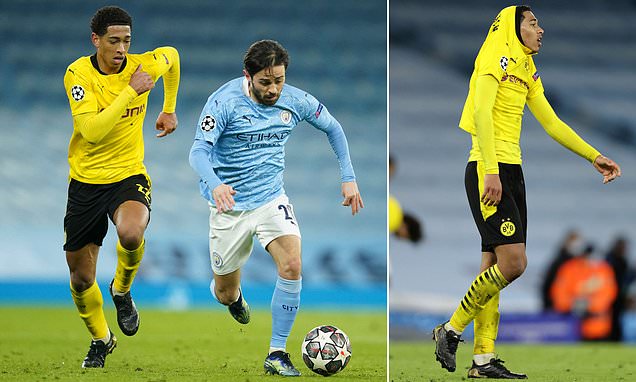 ‘I’m knackered now!’: Jude Bellingham admits he’s exhausted after chasing ‘world class’ Manchester City stars around as Borussia Dortmund midfielder hails Pep Guardiola’s side as ‘one of the best teams in the world’

Jude Bellingham admitted he was ‘knackered’ after chasing Manchester City’s ‘world class’ stars around for 90 minutes at the Etihad.

The 17-year-old midfielder played 90 minutes of Borussia Dortmund’s 2-1 defeat in the first leg of their Champions League quarter-final tie on Tuesday.

The youngster put in an impressive performance but it was not enough to stop City from taking an advantage into the second leg with Phil Foden scoring a 90th minute winner. 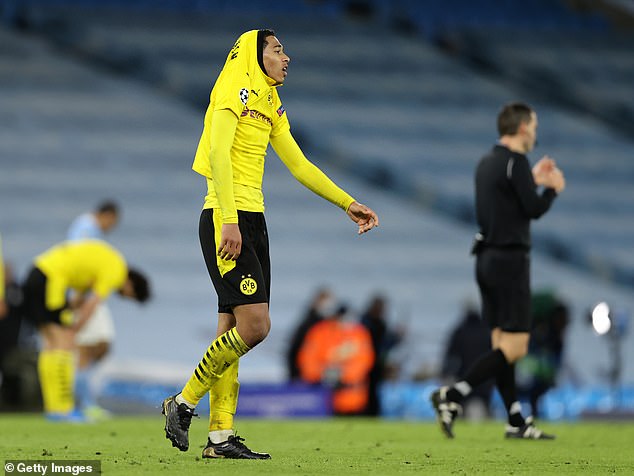 City took the lead in the first half through a Kevin De Bruyne strike but Marco Reus equalised in the 84th minute.

However, the Premier League side regained the lead in the final minute when Ilkay Gundogan knocked down De Bruyne’s lofted pass for Foden to finish from close-range.

Bellingham described City as one of the best teams in the world and said he was shattered at full-time. 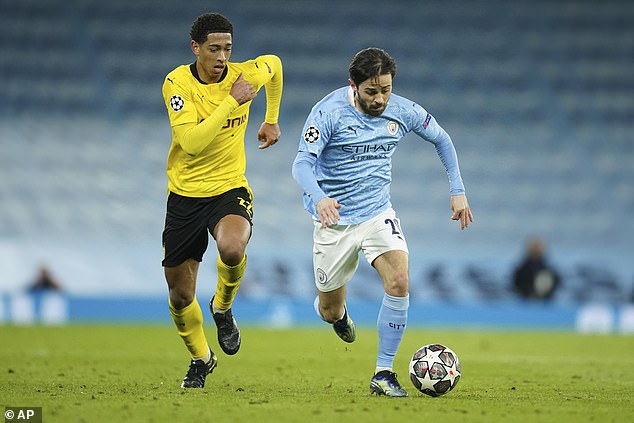 ‘They’re brilliant, I think they’re one of the best teams in the world if not the best.

When asked about the bleeding knee he was nursing after the game, the midfielder replied: ‘That’s from chasing them around!’

Despite losing the first leg at the Etihad, Dortmund’s away goal means they only need to score once at home to progress if they can keep a clean sheet.

Bellingham added that he thought his side played well in parts and that their away goal could prove crucial next week. 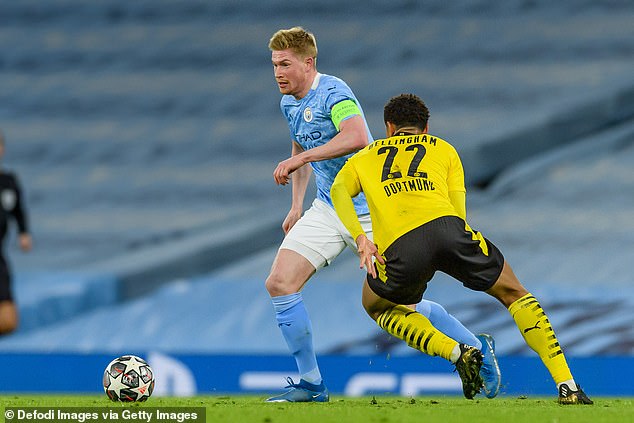 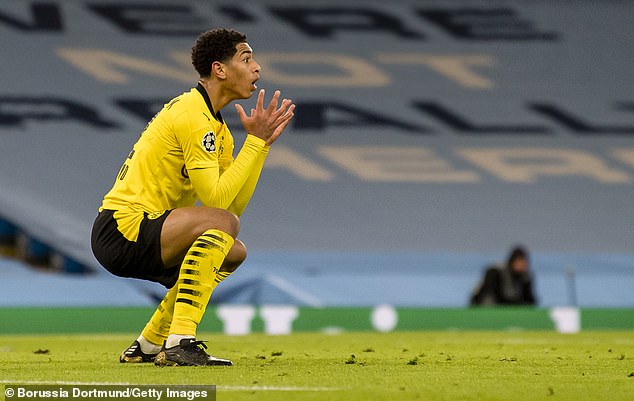 ‘I think we frustrated them well when they had the ball. At times I think they found it hard to break us down, we used the ball quite well and quite efficiently.

‘For our goal I think it’s a brilliant bit of play to put Marco in and it’s a great finish. We’re still disappointed to concede so late but we can use that away goal in the second leg and see what we can do.’

Bellingham could have been on the scoresheet himself in the first half with midfielder winning the ball off Ederson before finishing into an empty net.

But referee Ovidiu Hategan had blown for a foul before Bellingham had scored, meaning the decision could not be checked by VAR. He was also booked for the incident, despite appearing to win the ball cleanly.