Bayern Munich will be hoping to take a firm grip of Group E when they return to Champions League action away at AEK Athens on Tuesday night.

The Bundesliga champions were held by Ajax at home earlier this month after easing past Benfica in matchweek one in September.

And as they trained in Athens on Monday night, under-fire boss Niko Kovac admitted it will not be easy against driven opponents. 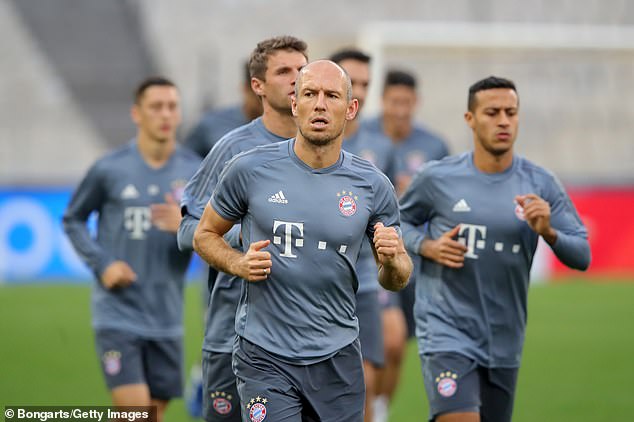 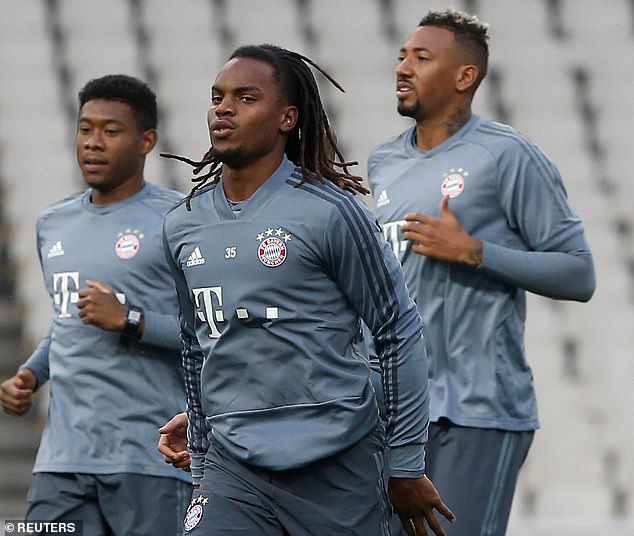 David Alaba, Renato Sanches and Jerome Boateng were put through their paces on Monday 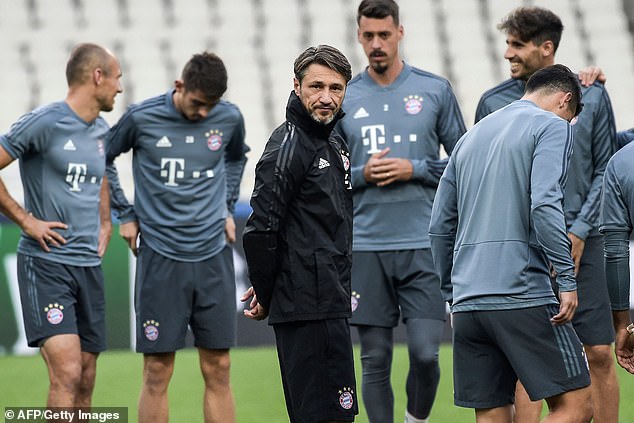 The Bayern head coach described AEK as a ‘technically strong’ side with ‘good individual players’ who will fight for their ‘last chance’ in the group.

‘That doesn’t make it easier,’ he continued. ‘We want to win the match, but we also know it’s not going to be easy. We’ll have to give it everything. A difficult match awaits.’

Bayern will be without Franck Ribery on Tuesday evening as the winger is sidelined with back pain. 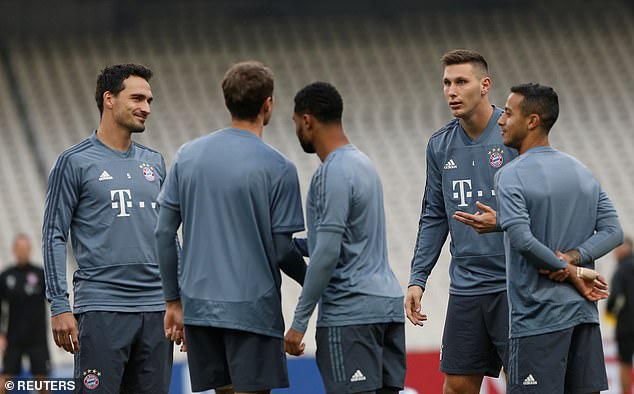 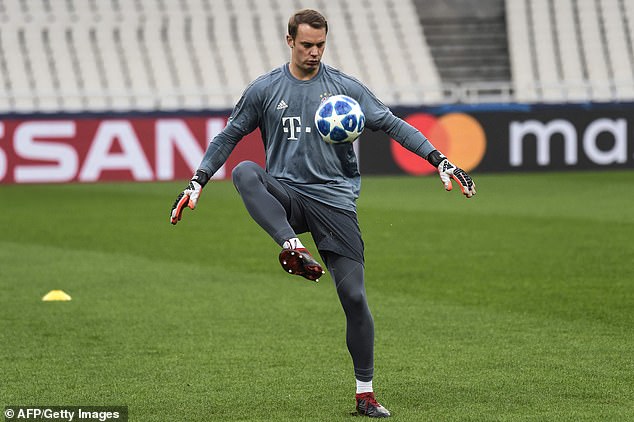 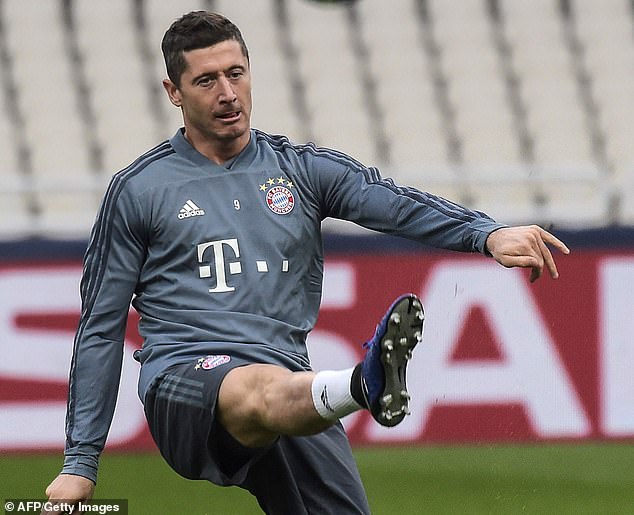 Serge Gnabry is in contention to replace the Frenchman.

David Alaba is a doubt while Sandro Wagner has returned to the squad after missing the morale-boosting 3-1 win at Wolfsburg at the weekend.

Saturday’s victory ended a barren four-match winless run for Kovac as he attempts to stamp his authority on the side after replacing Jupp Heynckes in the summer.