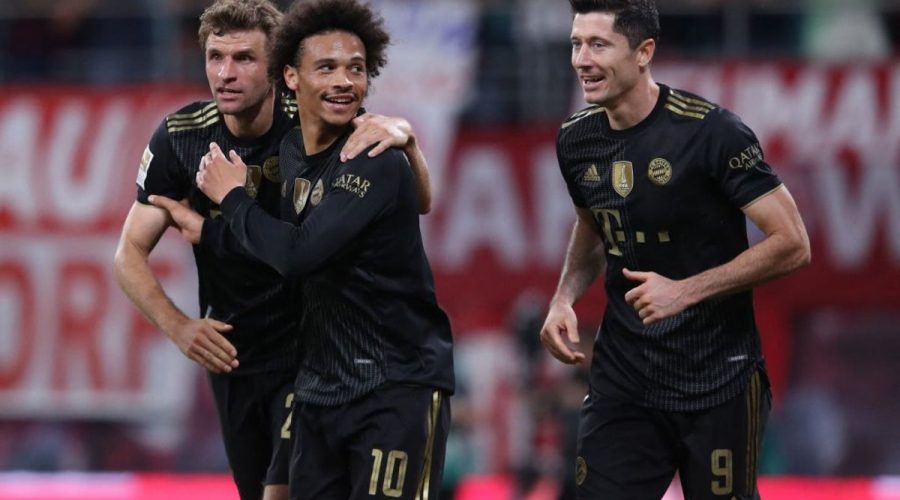 Barcelona face the biggest test of the post-Lionel Messi era so far as they start their Champions League group stage by hosting Bayern Munich.

The German champions have made a predictably strong start to the new season, hammering last year’s Bundesliga runners-up RB Leipzig 4-1 at the weekend to move within two points of top spot in the early table.

New boss Julian Nagelsmann is not the only arrival from Leipzig, with Dayot Upamecano and Marcel Sabitzer also swapping the Red Bulls for the Bavarians, while Barcelona are starting their own rebuild on a dramatically lower cost.

Memphis Depay has started the campaign well for his new club, but rather than having Messi and Antoine Griezmann as attacking partners, the other new addition is Luuk de Jong up front and neither Sergio Aguero nor Ansu Fati are yet fit to play.

Here’s everything you need to know about the clash of the giants this week.

The game kicks off at 8pm BST on Tuesday at the Camp Nou in Barcelona.

All Champions League and Europa League games are being shown by BT Sport again this season. This game will be live on BT Sport 3 and subscribers can stream it via the BT Sport desktop website or app.

Barcelona are missing four attackers in Ousmane Dembele, Martin Braithwaite, Ansu Fati and new arrival Sergio Aguero. Jordi Alba and Sergino Dest are also doubts at full-back, while Ronald Koeman must decide whether to bring Philippe Coutinho back into the fold or trust youngster Yusuf Demir with a start in a huge game.

Bayern Munich are without winger Kingsley Coman and midfielder Corentin Tolisso but should be otherwise fine, with Serge Gnabry only a minor doubt.

This Barcelona team is missing key attacking options and is a shadow of its former self in any case. It’s a worse side than the one annihilated 8-2 by Bayern only 13 months ago in Lisbon, though they’ll presumably stop matters getting that bad on home soil. Barcelona 1-3 Bayern.