Barcelona tried to sign Pierre-Emerick Aubameyang from Arsenal earlier in the transfer window but now want Lyon forward Memphis Depay, it has been claimed. Aubameyang is poised to sign a contract extension at the Emirates Stadium. And, as a result, the Catalan giants have now changed tact.

Barcelona are looking to improve their attack in the wake of a nightmare campaign under Ernesto Valverde and Quique Setien.

And, in recent times, they’ve turned their attention to Depay.

The Netherlands international has played under new boss Ronald Koeman at international level and, now, a reunion is set to take place at the Nou Camp.

And journalist Fabrizio Romano has claimed that Barcelona tried to sign Aubameyang earlier in the summer but have now changed tact, with the former Borussia Dortmund star set to sign a contract extension.

“Barcelona are working to get Memphis Depay – personal terms agreed but no official bid to OL yet,” he said on Twitter.

“Barca also started contacts to sign Aubameyang weeks ago, but Koeman wants Depay and Auba decided to extend his contract with Arsenal [agreed until 2023 and official soon].” 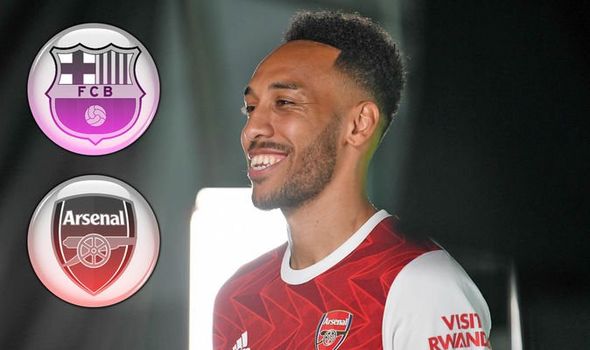 Depay may not be the only forward to arrive at Barcelona this summer.

They also remain keen on Lautaro Martinez, who impressed for Inter Milan as the club finished second in Serie A and reached the Europa League final last season.

Depay has rebuilt his career with Lyon in Ligue 1 after leaving Manchester United in 2017.

And, speaking last year, the Barcelona transfer target admitted that he suffered during his time at Old Trafford – blaming the club for treating him ‘like a naughty schoolboy’.

“After I lost my spot in the starting line-up, I asked assistant coach Ryan Giggs to do extra training with me,” Depay said.

“To work on my crosses with my left foot, to become a better winger. 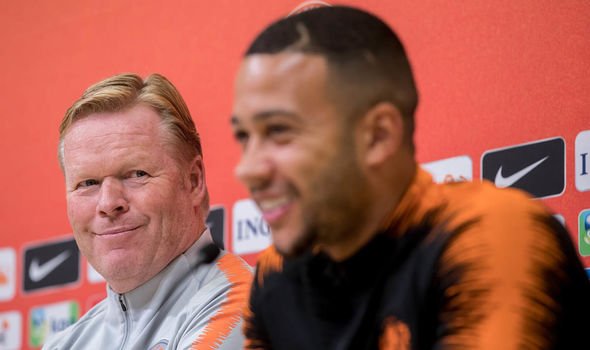 “After a while Van Gaal asked me to come to his office. He said that there was nothing wrong with my left foot and that the extra training with Giggs was nonsense. It’s all in your head, he also told me.

“That struck me. I mean, what could be wrong with trying to become a better player, with the help of a former top-winger like Ryan Giggs? More and more I got the feeling I could do nothing good according to Van Gaal.

“Later Van Gaal came to me and told me I had to talk with a mental coach he personally knew. My answer was that I wanted to think about that.

“I was still confident that I would succeed at United, as soon as I was adapted to the higher level of football and to my new life in England.

“Later on Van Gaal kept on saying that I needed to talk to that mental coach. It would benefit my focus and concentration level, he said. But I didn’t feel like talking to a stranger, also because I had my own mental coach since I was twelve already.

“Deep inside I felt that it would cause a problem if I didn’t do what Van Gaal told me.

“But I didn’t want to be an actor and pretend that I thought it was a good thing to do. Just to please the manager.

“After my third refusal to talk to that mental coach, Van Gaal didn’t speak to me for a long time. I think he’s finished with you when you don’t follow his advice.

“He kept putting me on the bench and at the end of the season he spoke to me again: to say that next year would be even more difficult to me, because United was going to buy new strikers.

“Before the last game of the season, the FA Cup-final against Crystal Palace, he even put me on the stands. Like a teacher does at school with a naughty child.”