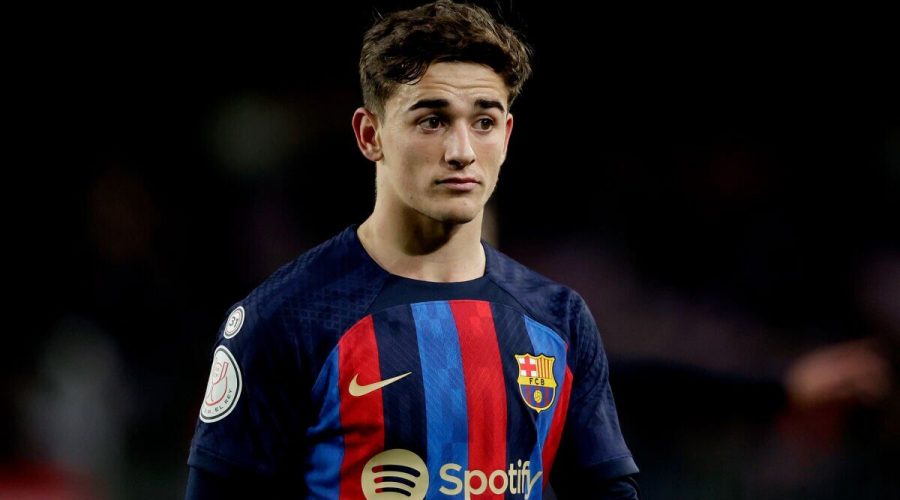 Barcelona have reportedly run into complications when trying to register prodigious midfielder Gavi as a first-team player. The development indicates that La Blaugrana are still struggling financially, with manager Xavi staring down the barrel of a transfer fire sale during the summer.

There was hope that Barca could breathe easily after selling Memphis Depay to Atletico Madrid and seeing Gerard Pique retire over the past few months. Club president Joan Laporta has a clear mission to balance the books in Catalonia and he activated a series of financial ‘levers’ over the summer to fund a lucrative transfer blowout.

Gavi is currently listed as an academy player at the Nou Camp but he signed a long-term deal in September, and Barca hoped to register his new contract with La Liga as a first-team player. However, The Athletic claim that the request has been rejected, meaning Barca are practically unable to fit any new contracts on their wage bill.

Despite the financial tools activated over the past 12 months, the club still don’t have enough margin within La Liga’s salary cap squeeze in new additions.

Barca had supposedly kept the No 6 jersey in reserve for Gavi, but the rejection means that he is not permitted to wear a squad number below 25. The youngster is in little danger of leaving the Spanish giants, who see him as the future of the club, but others may now be on the chopping block.

Xavi oversaw an early Champions League exit this campaign which came with more financial damage. Barca now face the prospect of lowering their wage expenditure during the summer or finding new sponsorship deals to remedy their sticky situation.

Several high-profile stars could be auctioned off to create more breathing room, with Xavi’s squad overloaded in attack. Robert Lewandowski and Ousmane Dembele are both considered untouchable but the club’s hierarchy could decide it’s time to cash in on the likes of Raphinha, Ferran Torres and even Ansu Fati.

Reports indicate that the Catalan outfit would be willing to listen to offers for all three stars. Arsenal could come to their aid in the summer with wide reinforcements a high priority at the Emirates, despite the signing of Leandro Trossard, who many believe to be a short-term solution.

The Gunners were linked with Raphinha in the past and manager Mikel Arteta is also rumoured to be an admirer of Torres. Gavi has appeared in 17 La Liga matches this season, notching two assists, and he also impressed at the World Cup with Spain, where he became the tournament’s youngest-ever goalscorer.

“He’s unique, very different because he’s 18 now, but he has the personality of an experienced player,” said Spain boss Luis Enrique while in Qatar. “It is a pleasure to play with the boy, because he is a boy. He needs a bit of calm sometimes but we are very happy to have him in the team. I think he’s going to be one of the stars of football.”