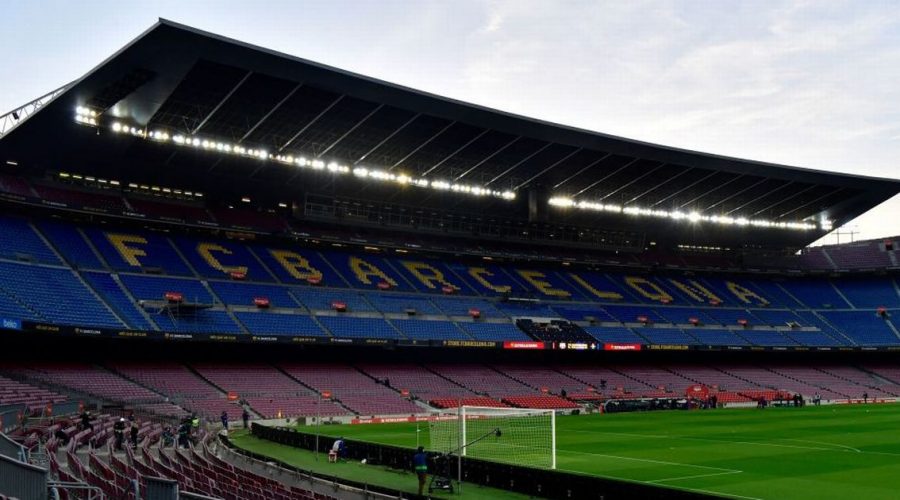 Barcelona are struggling to sell tickets for their opening Champions League game against Bayern Munich.

Despite the Nou Camp capacity being reduced to 40,000 for the match, due to Covid-19 restrictions, almost 8,000 seats remain unclaimed.

The current number of fans expected would only be a third of what the stadium can hold when full.

Barca are struggling to draw in fans after Lionel Messi’s summer departure, with the club unable to offer him a new contract.

Even though Champions League games are included in the club’s season tickets, the current number of requests for the game is only 31,213.

They had expected a much bigger demand, with a lottery system prepared to pick which supporters could attend the match, but instead tickets are now available on general sale, priced between €109 and €199.

Ronald Koeman’s side have started the new season with two wins and a draw in their opening three games.

Even with the absence of Messi, they have managed to score seven goals.

Despite some positive results, the crowds have not been attracted to the Nou Camp.

In a game against Getafe before the international break, the club failed to sell out a home game with a reduced capacity of 20,000, with fans being away on holiday used as an excuse to explain the low demand.

How will Barcelona do this season without Lionel Messi? Let us know in the comments section.

Tuesday’s game against Bayern could be a good opportunity for the Catalonian club to get revenge, following an 2-8 defeat last year in the quarterfinals.

Barca’s last Champions League title came in 2015, when they were spearheaded by Messi, Suarez and Neymar.

All three have since departed, with their performances in Europe taking a hit.

They have not reached a final since the last time they lifted the trophy, and had some results to forget, including the battering by Bayern.

September 12, 2021 Soccer Comments Off on Barcelona only sold a third of Nou Camp’s total capacity for Bayern game
NFL News