Barcelona were unsuccessful in offering three players plus £98.5million to Paris Saint-Germain to re-sign Neymar last year. Former Barcelona director Javier Bordas has made the stunning claim this week. Neymar has constantly been linked with a return to Barca since his world-record £200m move to Paris in 2017.

And Bordas has explained how Barca came within £17.9m of bringing the Brazil superstar back to the Nou Camp.

He claims Barca were willing to send defender Jean-Clair Todibo and midfielder Ivan Rakitic to PSG on permanent deals, and Ousmane Dembele on loan. 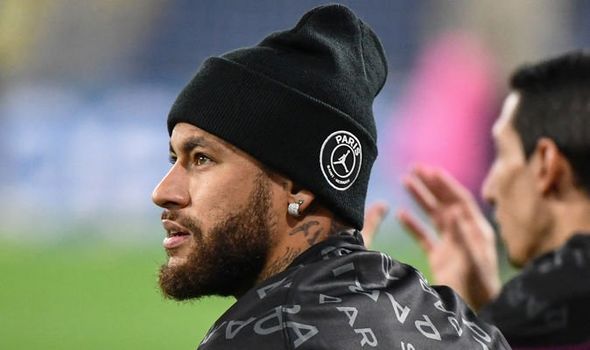 “PSG wanted €130m plus Todibo, Rakitic and Dembele on loan.

“Neymar was €20m away from coming back. Neymar’s father said that he would make up the difference but in the end that didn’t happen.”

Bordas also explained this week how Barca could have signed Kylian Mbappe in 2017.

However, the La Liga giants instead chose to sign Dembele from Borussia Dortmund.

Bordas says it was decided that Dembele was more of a team player than his France colleague.

“When we were to sign Dembele, agent Josep Maria Minguella called me to tell us Mbappe was within reach,” Bordas told Mundo Deportivo.

“I spoke with Josep Maria Bartomeu and he told me to look at him.

“I called Mbappe’s father and he told me that we were not going to go to Real Madrid because Cristiano Ronaldo, Karim Benzema and Gareth Bale were there and that instead he could go to Barca because Neymar had left.

“The president of Monaco preferred that he signed for Barcelona so as not to reinforce PSG, a direct rival. And it could have been done for £90m.