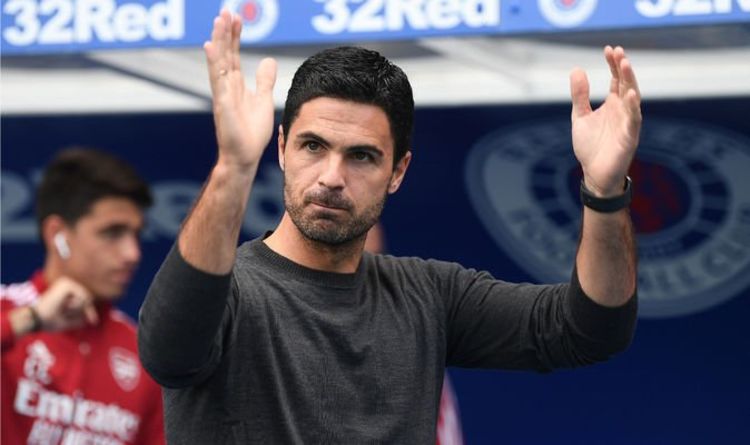 Arsenal have been granted a transfer boost by Barcelona, after director of football Mateu Alemany claimed that midfielder Miralem Pjanic could be set to leave the club. Gunners boss Mikel Arteta faces the task of getting midfield bodies through the door at the Emirates after a mass exodus so far this summer.

Last year, Pjanic was part of a high-profile swap deal between Barca and Juventus which saw Arthur head the other way.

19 La Liga appearances later and it is safe to say that the move has not worked out as the Bosnian would have hoped.

This summer, Ronald Koeman’s side are unceremoniously attempting to shift as many high earners as possible off their wage bill in order to comply with La Liga regulations ahead of the new season.

The likes of Lionel Messi’s new contract, as well as the signings of Memphis Depay, Sergio Aguero and others cannot be formally confirmed until more fat has been trimmed off the squad.

Barca’s frivolous contract offers over the past few years unfortunately means that there is a lot to trim, with Antoine Griezmann reportedly being shopped around Europe due to his extortionate wage package.

Although not able to match the Frenchman’s mind-boggling £800,000-a-week, Pjanic is still one of the club’s highest earners, and while he is not one of the side’s most prolific contributors, they will likely remain keen to find him a new home.

Addressing the issue of defender Samuel Umtiti leaving along with Pjanic this summer, Alemany said: “Both have very important careers, but didn’t get much playing time last season.

“We know the situation and are evaluating the possibility of finding them another club.

“They are the first to be interested in finding a team where they can play more regularly.”

The Gunners would certainly fall into that category due to a number of high-profile midfield departures this summer.

Matteo Guendouzi, Dani Ceballos and Martin Odegaard have already left the club, while the likes of Lucas Torreira and Granit Xhaka are broadly expected to follow.

The Gunners have reportedly been pushing hard to sign Sassuolo’s Manuel Locatelli, although the Italian looks increasingly likely to favour a move to Juventus after a number of failed approaches by Arsenal.

For Pjanic, he would likely face the prospect of a pay cut, as with most players set to leave Barca this summer, but he would at least represent one of Arteta’s most experienced bodies in the middle of the park.

The 31-year-old has the kind of CV which should excite even the harshest Gooner, including stints at Lyon, Roma and Juventus.

With Alemany giving the deal a green light, the Arsenal hierarchy could move quickly to bring a top midfielder to the Premier League.