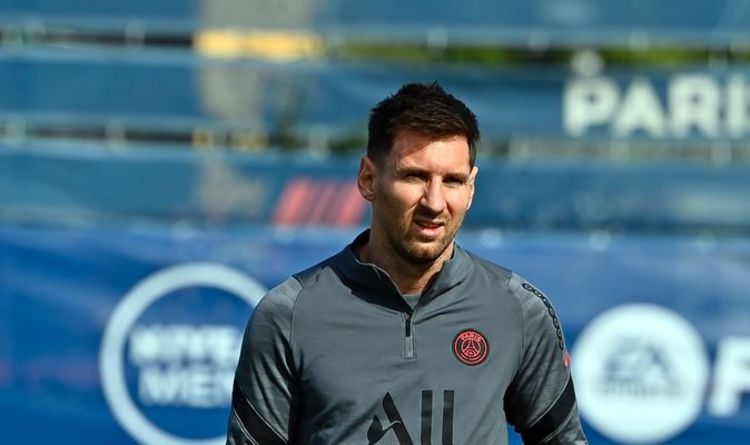 Is Pochettino under huge pressure at PSG after Messi arrival?

Barcelona have been mocked after iconic forward Lionel Messi was named in a devastating Paris Saint-Germain front three alongside Neymar and Kylian Mbappe. The La Liga side suffered a humiliating 3-0 defeat by Bayern Munich in their opening Champions League match on Tuesday.

Messi is starting a match with Neymar and Mbappe for the first time since his blockbuster transfer saga.

The Argentine was unable to sign a new contract with Barcelona due to a La Liga registration rule preventing clubs from signing players when their wage bill is above a certain percentage of their turnover.

Messi would technically have been a new signing as his previous deal expired at the end of June.

It meant that Messi’s stunning 17-year career with Barca, and the 34-year-old held a heartbreaking press conference announcing his departure.

PSG won the race to sign Messi despite apparent interest from Manchester City. He now lines up in one of the greatest ever front threes the night after Barca fell to a disappointing loss.

It is his first start for the Ligue 1 side having appeared as a substitute before the international break. He awaits his first goal for Mauricio Pochettino’s side.

JUST IN: Leeds given green light to revive £25.5m transfer as agent speaks out

Fans have taken to social media to mock Barca for their downfall.

“Messi living his best life,” tweeted @the100thone. “Could’ve been playing with Luuk de Jong, coached by Koeman, and getting trashed at home by Bayern, but Jesus said no.”

The tweet references the fact that Barca have replaced Messi with the former Newcastle flop Luuk de Jong.

De Jong failed to score for the Tyneside club in 12 Premier League appearances during a 2014 loan spell.

Another fan pointed out that Barca’s success against Bayern has largely been down to Messi, and that it was inevitable they would lose without their former star player.

“Barcelona have defeated Bayern Munich two times in their history,” @FCB_lad pointed out.

“They scored 7 goals in those 2 matches. 6 out of those 7 goals were either scored or assisted by Lionel Messi.

Some supporters pointed out that Barca actually did better without Messi than they did when he played in the club’s last Champions League meeting with Bayern.

The Bundesliga side famously won 8-2 in the 2020 semi-final.

@Biodun_OG went with: “8-2 with Messi. 3-0 without Messi. All I see is improvement and refinement. Messi really held back this Barcelona’s team (sic).”