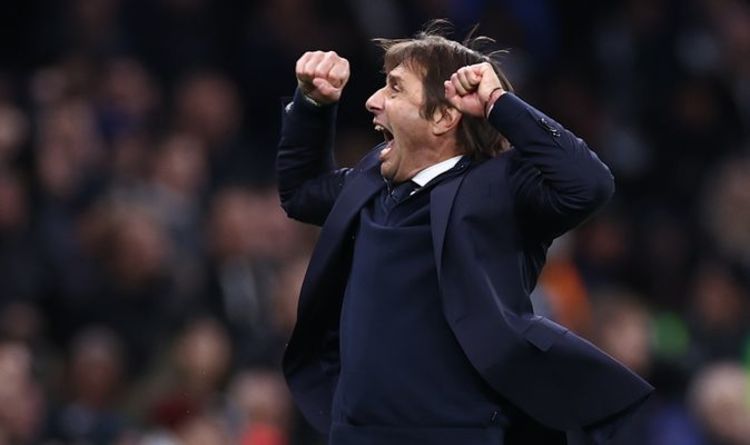 Tottenham’s recent losses of Toby Alderweireld and Jan Vertonghen have meant Tottenham have struggled defensively in recent years, even with Jose Mourinho and Nuno Espirito Santo in the hot seat. But with Antonio Conte coming in, a new defensive target in Samuel Umtiti could be looked at after new Barcelona boss Xavi deemed him surplus to requirements.

Conte arrives with a higher pedigree than Nuno, having won the Premier League with Chelsea and a combined four Serie A titles with Juventus and Inter Milan.

And with a more defensive style of approach, signing a central defender in January may be key.

Sport report that Barcelona are seeking the termination of Umtiti after talks broke down on a salary reduction.

The club are aiming to give him another lease of life, especially with the defender only being 28 years old and entering his prime.

Umtiti’s situation at Barcelona may well come at the perfect time for Tottenham, with the possibility of signing a World Cup winner for free.

Spurs’ defensive frailties have only worsened after the departures of Alderweireld and Vertonghen, with Davinson Sanchez and Cristian Romero failing to impress this season.

And Umtiti could be let go by Xavi for free in a deal that would suit all of the interested parties.

The Frenchman has a contract for the next eighteen months, but that could be ended prematurely with Barcelona willing to terminate his current deal.

With Oscar Mingueza, Eric Garcia, Gerard Pique, Ronald Araujo and Clement Lenglet all ahead of him in the pecking order, there is no route back to the first team for Umtiti it seems.

Tottenham got back to winning ways in the Premier League on Sunday with a hard-fought 2-1 win over Leeds in north London.

A draw and a win in his first two games have seen Tottenham rise to seventh in the table, with the Lilywhites recording their first home league win since the start of October.

They still remain in the hunt for Champions League football, sitting just four points off the pace.

But Conte will need to replicate recent results if he is to qualify for Europe’s premier cup competition.