Barcelona are eyeing Lautaro Martinez and Andre Silva as potential alternatives to Borussia Dortmund star Erling Haaland, according to reports. Joan Laporta has already brought Sergio Aguero to the Nou Camp this summer. But the Catalan titans want more if they’re to beat Atletico Madrid to the La Liga title next term.

Aguero was the first to arrive, with the Argentina international touching down from Manchester City.

And Eric Garcia also followed, leaving the Etihad Stadium behind to return to his boyhood club after being enticed into a return.

Barcelona are expected to conclude the signing of Memphis Depay from Lyon once his involvement at the European Championships comes to an end.

And they also want Haaland, believing the Borussia Dortmund star could be the ticket to Champions League glory next term.

Now, Sport have delved deep into the Catalan’s interest in the Norway international – who hit 40 goals across all competitions last time out. 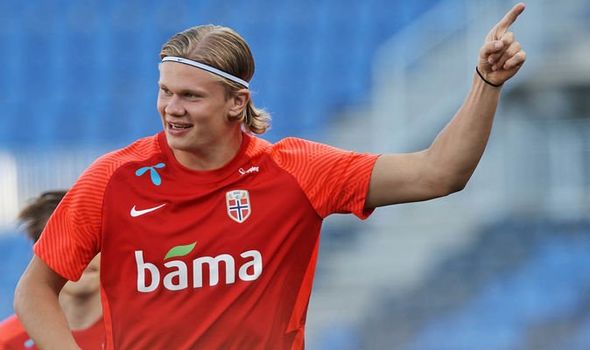 And it’s claimed that with Haaland likely to cost a premium this summer, money Barcelona simply can’t afford, they’re looking at alternatives.

The first is Martinez, who has excelled at Inter Milan during his three years at the San Siro and recently helped them win their agonising 10-year wait for the Scudetto.

Barcelona had actually hoped to land the Argentina international during Ernesto Valverde’s time in charge but, ultimately, settled for the signing of Antoine Griezmann instead.

Martinez hit 19 goals from 47 appearances last time out for Inter, enhancing his reputation as one of the best strikers in world football.

And a move to Barcelona could now be on the cards, especially with Inter potentially being forced into selling up due to the ongoing coronavirus crisis.

Another option for Barcelona is Silva, who flourished at Eintracht Frankfurt last term – hitting 29 goals during their Bundesliga campaign. 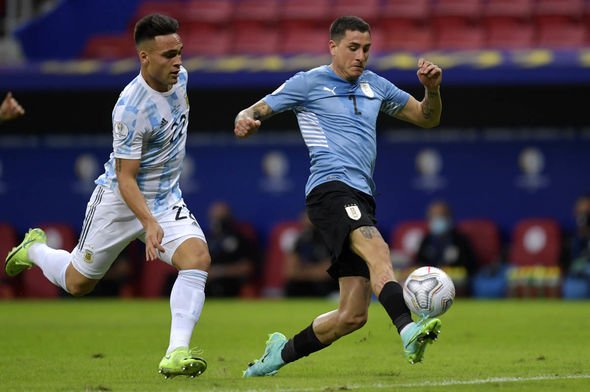 It’s stated the player’s agent, Jorge Mendes, is already working on a potential transfer and has spoken with several clubs – including Barcelona.

Manchester City are also eyeing Silva as a replacement for Aguero, who departed the Etihad after a decade of brilliant service.

And who Barcelona end up signing to boost their chances of La Liga glory remains to be seen.

Speaking after his own move to the Nou Camp, Aguero admitted he was excited about the future and labelled Barcelona the biggest club on the planet.

“We all know that Barca are the best club in the world. So I think I made a great decision to be here and I hope to help the team,” he said. 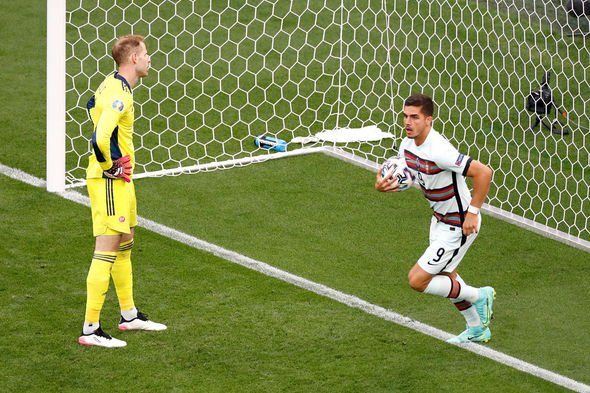 “Of course it’s a step forward in my career. I’m really happy and hopefully I can help the team to win things.

“First of all, I wanted to play and help this squad and if the team does it well I’ll be happy individually. I just try to help the team, and try to arrive at the end of the season with chances to win the titles.

“I want to send a big hug to all supporters. I will try to give my best and hopefully the fans will enjoy my football skills.

“I’ve changed. When I arrived in Europe at Atletico Madrid I was 18 years old, I learned a lot. Then I played for City in the Premier League. Now I’ve changed my way of playing, but I have an idea of where I can play and I will try to help my teammates with my experience.”

And their second signing, Garcia, thanked everybody at City for all their hard graft.

“Hi everyone, my time as a Cityzen has reached its end,” he said on social media. 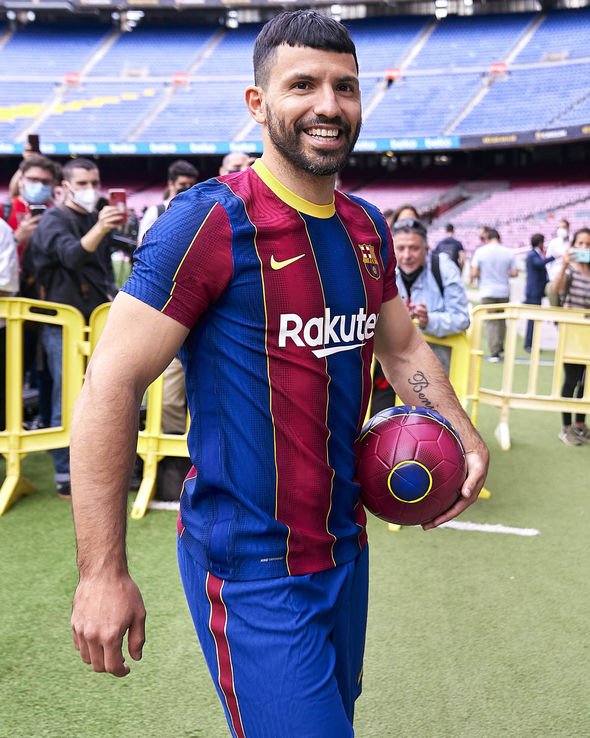 “After four incredible years in which I’ve had the opportunity to develop both as a player and as a person, it’s time to move on.

“First of all, I would like to thank those at the academy who placed their trust in me. Thank you to all the managers and all their staff for helping me to improve and for preparing me for the next step up the ladder in my career.

“I’d also like to express my sincere gratitude to all the people behind the scenes: the kitchen staff, the houseparents, backroom staff, education team, drivers, receptionists and so on who all made me feel very much at home. I will always be grateful to you all.

“It’s thanks to all of the above that I had the opportunity to get to the first team. There have been many great moments, as well as some not so good, but such rich experience has all served towards my football ‘apprenticeship’.

“Finally, I would like to say a big ‘thank you’ to all the fans who have encouraged and supported me throughout the years here. Although I have decided to return home, I shall always remain a fan of this great club.”