As Atlanta United eased aside New York City on Sunday night, all eyes were on Venezuelan striker Josef Martinez after he scored twice in the 3-1 win.

Martinez is clearly a showman at heart and with the game in the teed up at 2-0 to Atlanta, the 25-year-old produced a bizarre penalty which featured a leaping run-up.

As he runs towards the dead ball, Martinez jumps into the air to remove all momentum from his strides before connecting with his right foot on landing, fooling New York City goalkeeper Sean Johnson who dived the wrong way. 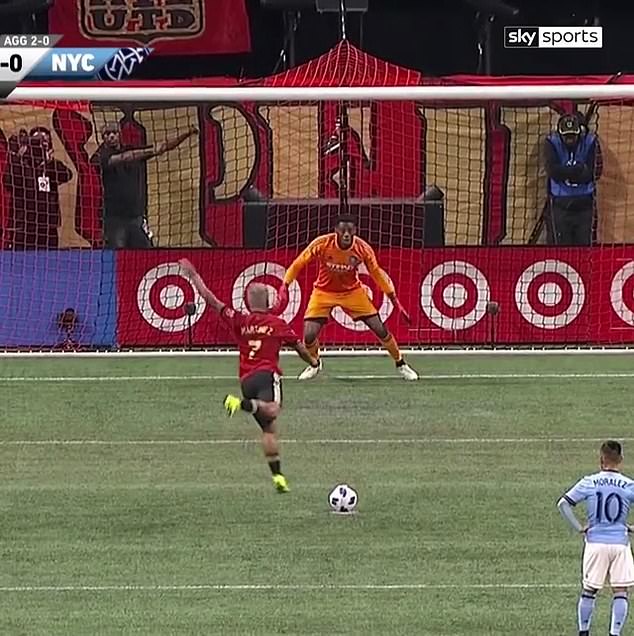 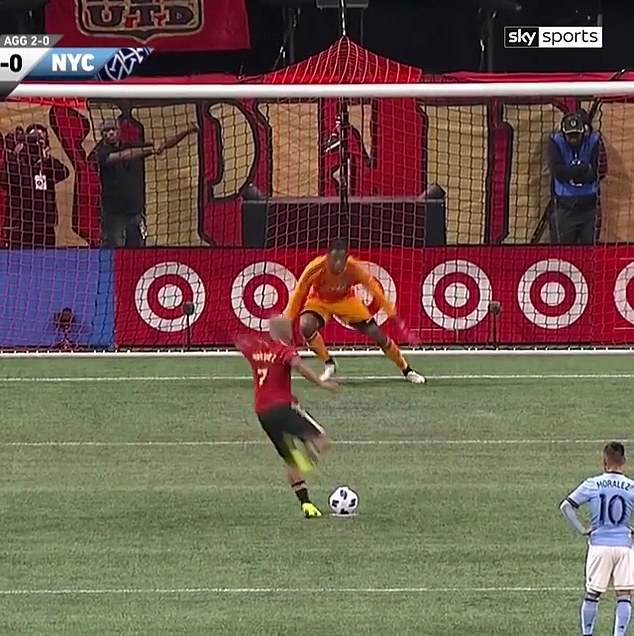 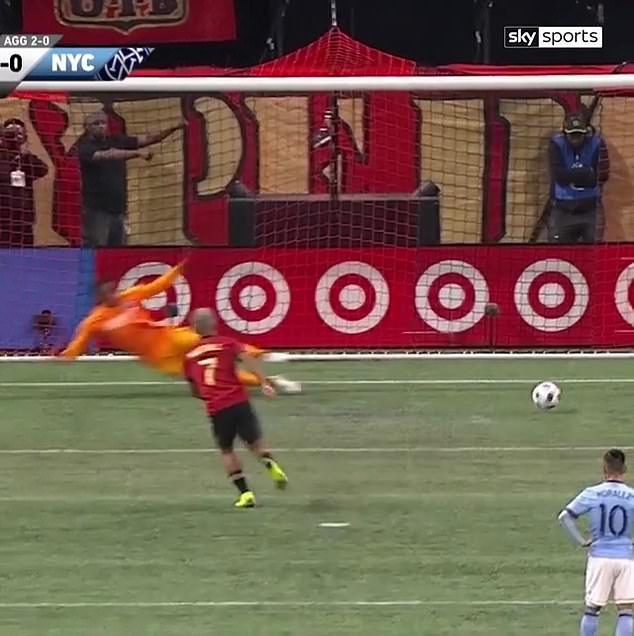 What a penalty! ? Josef Martinez slots home after this leaping run-up… It gave @atlutd the lead in their play-off 3-1 win over NYCFC, taking them to the @MLS Cup Eastern Conference Finals. ??

What a penalty! ? Josef Martinez slots home after this leaping run-up… It gave @atlutd the lead in their play-off 3-1 win over NYCFC, taking them to the @MLS Cup Eastern Conference Finals. ??

Martinez began his career at Caracas FC in his native Venezuala before going on to play for most notably Torino in Italy.

But a loan move from Italy at Atlanta proved fruitful and having joined the club full time in 2017, he is making his presence felt with the club now into the MLS Conference Finals.

Atlanta won the two-game series 4-1 on aggregate, clinching the victory with Martinez’s second goal on a breakaway in the 83rd minute. 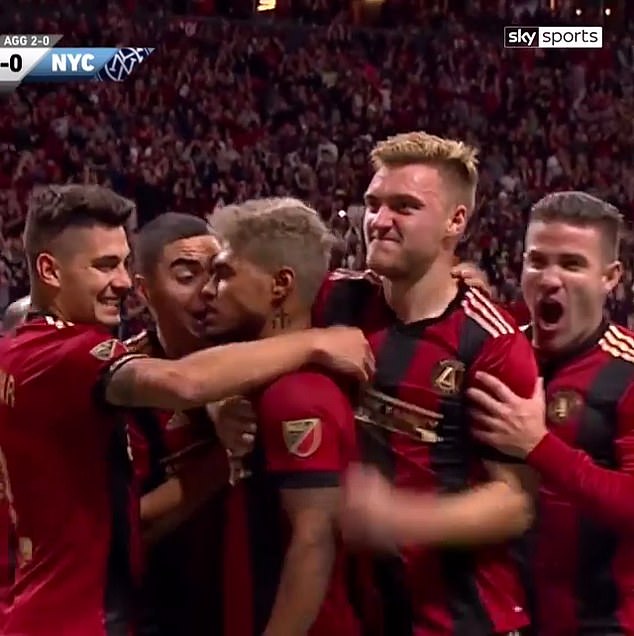 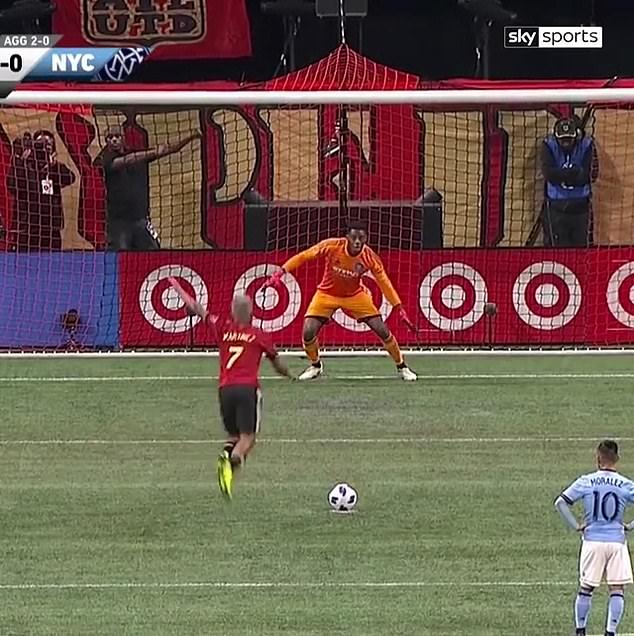 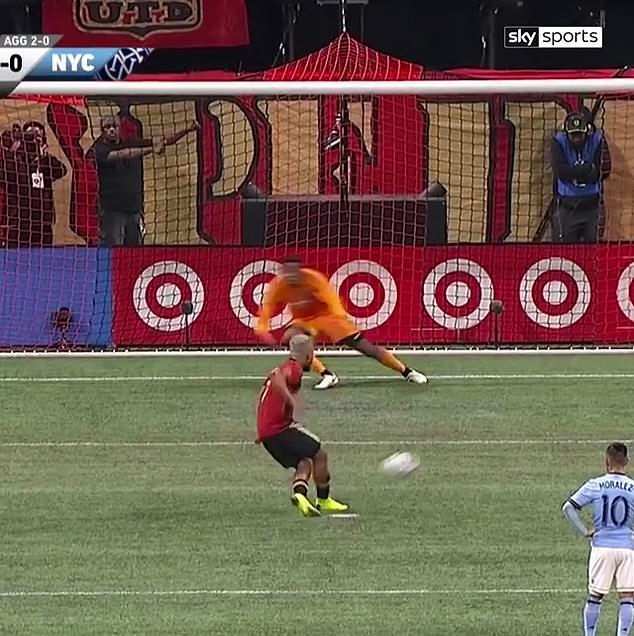 Thankfully for Atlanta United fans, they now prepare for the next round of MLS Finals’ matches

The game drew a crowd of 70,526 – another attendance record for the 2-year-old franchise that has quickly developed one of the world’s most rabid soccer followings.

Tata Martino, the former Barcelona and Argentina national coach who’s been so instrumental to United’s success, has already announced he’ll be leaving at the end of the season, reportedly to head Mexico’s national team.

But he’s staying through the playoffs.

His players would love to give him a championship as a going-away gift.

‘Tata is the face of the team,’ captain Michael Parkhurst said.

‘We’re still getting better, I think. I still think we can play a little bit better, and Tata continues to push us. It’s just an extra motivating factor. We all want to win. We all want to be champions. That would be icing on the cake, for sure.’ 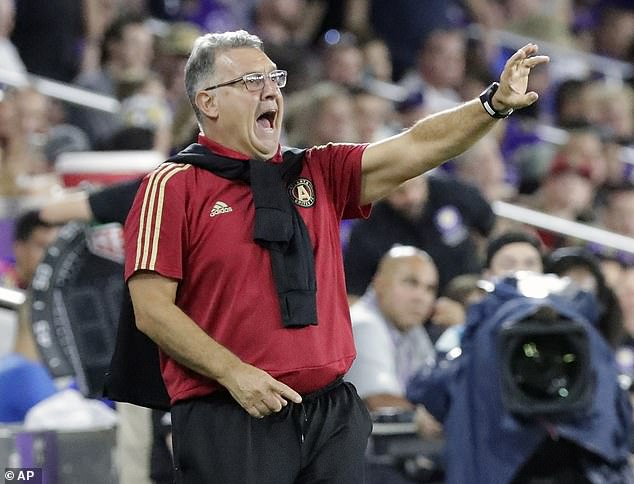