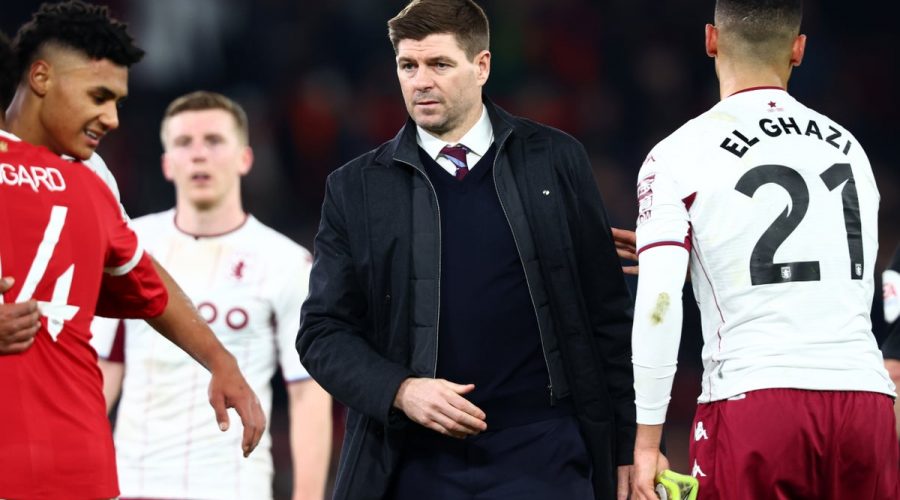 Follow for live updates as Manchester United travel to Aston Villa in the Premier League tonight. It’s a revenge mission for Steven Gerrard’s side as they take on United in for the second time this week. The two teams played one another on Monday in the third round of the FA Cup where Ralf Rangnick’s side knocked Villa out thanks to an early Scott McTominay strike.

Villa could be boosted by the availability of their two big January signings. Philippe Coutinho is expected to start from the bench following his arrival on loan from Barcelona, while Lucas Digne is also in contention two days on from his move from Everton. Gerrard has said he doesn’t want to rush them as he looks for Villa to avenge their FA Cup defeat.

“The only frustration I had the other night is we didn’t progress in the FA Cup, which is important to us,” Gerrard said. “The only way to get the feeling and the mood back that I want is to get a big result tomorrow. It’s a unique situation, playing the same team twice in a short space of time, but it’s also a fantastic opportunity to bounce back. If we can find a similar level of performance, be a little bit more ruthless in the final third and the big calls on the night go in our favour, I’ve got no doubt we can get the result we want.”

Follow all the updates from Aston Villa vs Manchester United below: 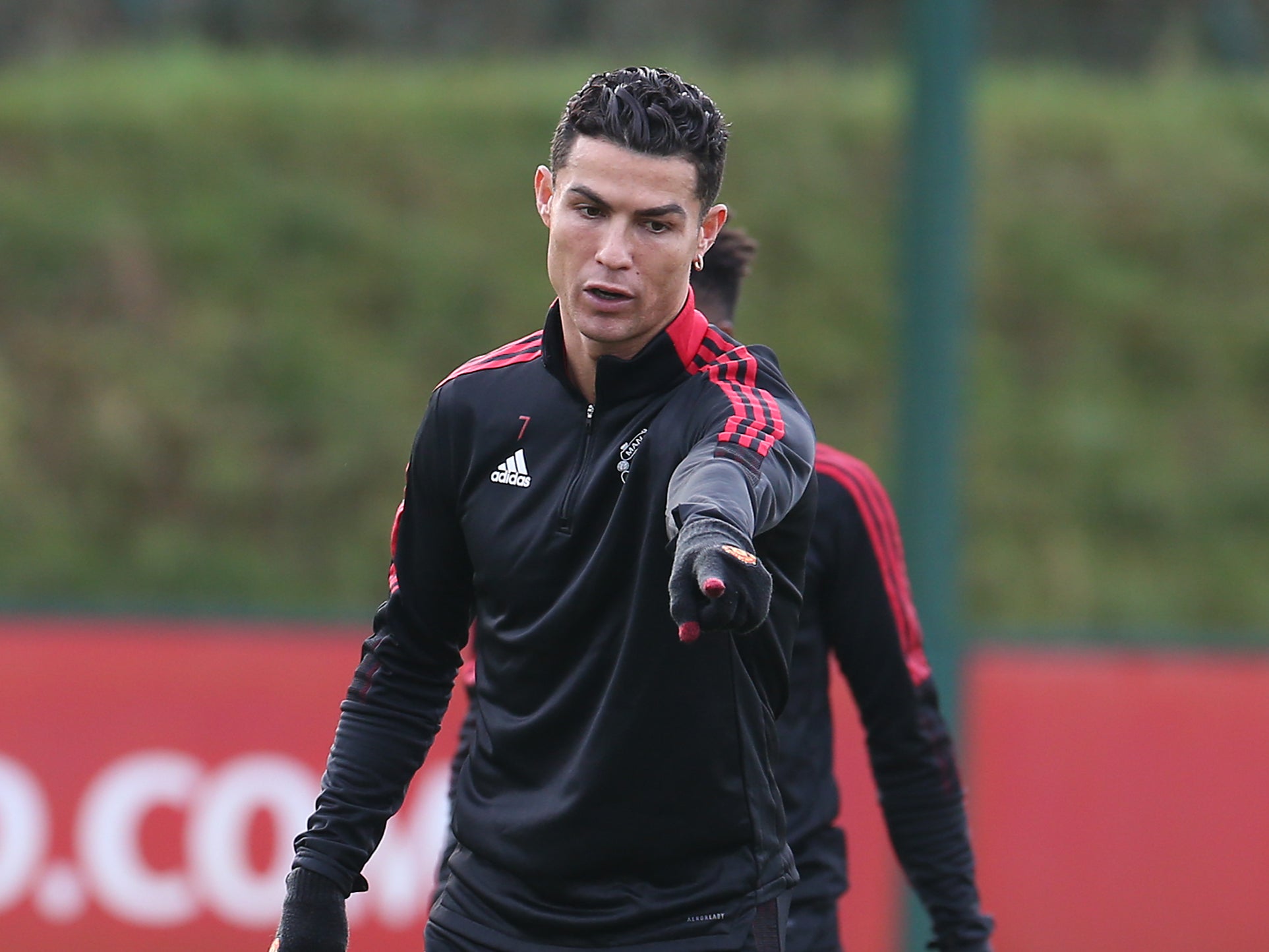 Aston Villa vs Man Utd: Gerrard on playing United twice in a week

Gerrard’s Villa were the better team on the night but were on the wrong side of the results. Scott McTominay sent United in front but Villa responded well, they had two goals disallowed and Gerrard said:

It’s a unique situation, playing the same team twice in a short space of time, but it’s also a fantastic opportunity to bounce back.

“If we can find a similar level of performance, be a little bit more ruthless in the final third and the big calls on the night go in our favour, I’ve got no doubt we can get the result we want.”

Cristiano Ronaldo is expected to be available for Manchester United, with Harry Maguire also in contention to play in Saturday’s Premier League trip to Aston Villa.

The Portuguese was left out of Monday night’s FA Cup tie with Villa as a precaution, with Jadon Sancho and Phil Jones also kept at home after picking up minor issues of their own.

Aston Villa will be missing the experience of Ashley Young and John McGinn for this evening’s match with Manchester United. Young has a broken toe and McGinn is banned.

The exciting prospect for Villa is whether Steven Gerrard gives debuts to new signings Philippe Coutinho and Lucas Digne but it may be too early for either player to start.

Manchester United also have tow players suspended with Luke Shaw and Scott McTominay missing. There is some doubt over Cristiano Ronaldo who missed Monday night’s cup fixture but he’s believes he will be fit for the game

Ralf Rangnick also confirmed that Harry Maguire, Phil Jones, and Jadon Sancho could all return to the squad after spells on the sidelines.

We’re over halfway through the 3pm kick offs and there are a few surprises. Chris Wood has made his debut for Newcastle but their match against Watford remains goalless.

Norwich have a shocking two goal lead over Everton at Carrow Road and look set to pick up their first Premier League win since November and in a close contest at Molineux Wolves have a 1-0 lead over Southampton thanks to a Raul Jimenez penalty.

There’s one more Premier League game to go today though as Aston Villa welcome Manchester United for the 5.30pm kick off. Man Utd managed to sneak past Steven Gerrard’s Villa in the FA Cup third round on Monday but they were the second best team for most of the game.

At home, and with new additions in the form of Philippe Coutinho and Lucas Digne, Aston Villa will be confident of securing a positive result against Ralf Rangnick’s side.

A goal fit to win any match, and that has almost certainly won the 2021-22 Premier League title.

As if to similarly emphasise how some of that lead has been down to rivals’ own failings, Kepa Arrizabalaga might have done better for the goal.

That shouldn’t be to take away from De Bruyne’s strike, or City’s quality. As with the huge gap at the top of the table, and despite the narrow victory, they were so much better than Chelsea. 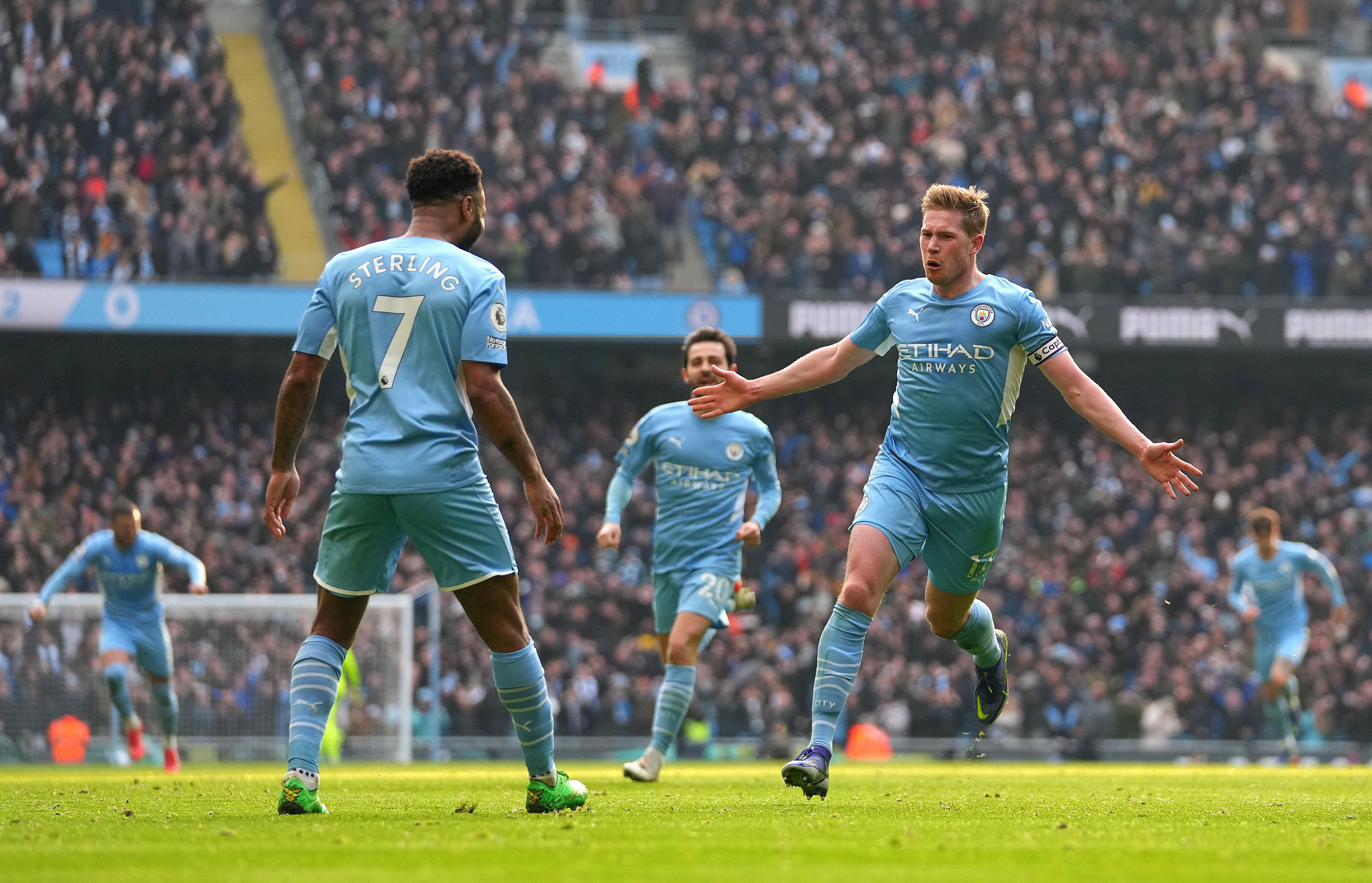 Manchester City 1-0 Chelsea: Pep Guardiola’s side moved 13 points clear at the top of the table to close in on another title

The reaction from Manchester City manager Pep Guardiola who believes his team put in a fantastic performance against a stubborn Chelsea and when asked whether his side deserved the victory he said:

Absolute. They way we played, everything we have done. We cannot forget which team we played, the European champions. On the touchline you realise how incredible they are and you try to find the spaces but they defend well. They waited for the transition to punish and we won from one transition. But for how good they defended we created enough chances to win especially with the intention to go and try to win the game from minute one.

“The only problem we had after 1-0 is they stepped up and when you open the game at the end with Mason Mount,with Hudson-Odoi with Timo Werner and Lukaku now you’re in a dangerous position. Again, the team was incredible, we were brilliant.”

Thomas Tuchel touched on the performance of Romelu Lukaku who failed to convert Chelsea’s biggest chance of the game and looked like a lonely figure up top. Tuchel said:

Of course he had a huge chance so he’s included in this. We want to serve him but he’s part of the team and the performance up front especially in the first half can be better. We need to do better.

Manchester City increased their lead at the top of the Premier League table to 13 points as Kevin De Bruyne’s strike earned the defending champions a 1-0 win over second-placed Chelsea.

City dominated possession in the first half but Jack Grealish was denied an opening goal when Kepa Arrizabalaga blocked his shot with an outstretched leg. Romelu Lukaku went close after the break but saw a curling effort saved by Ederson.

The hosts took the lead in the 70th minute when De Bruyne curled in an excellent strike past Kepa from outside of the box, 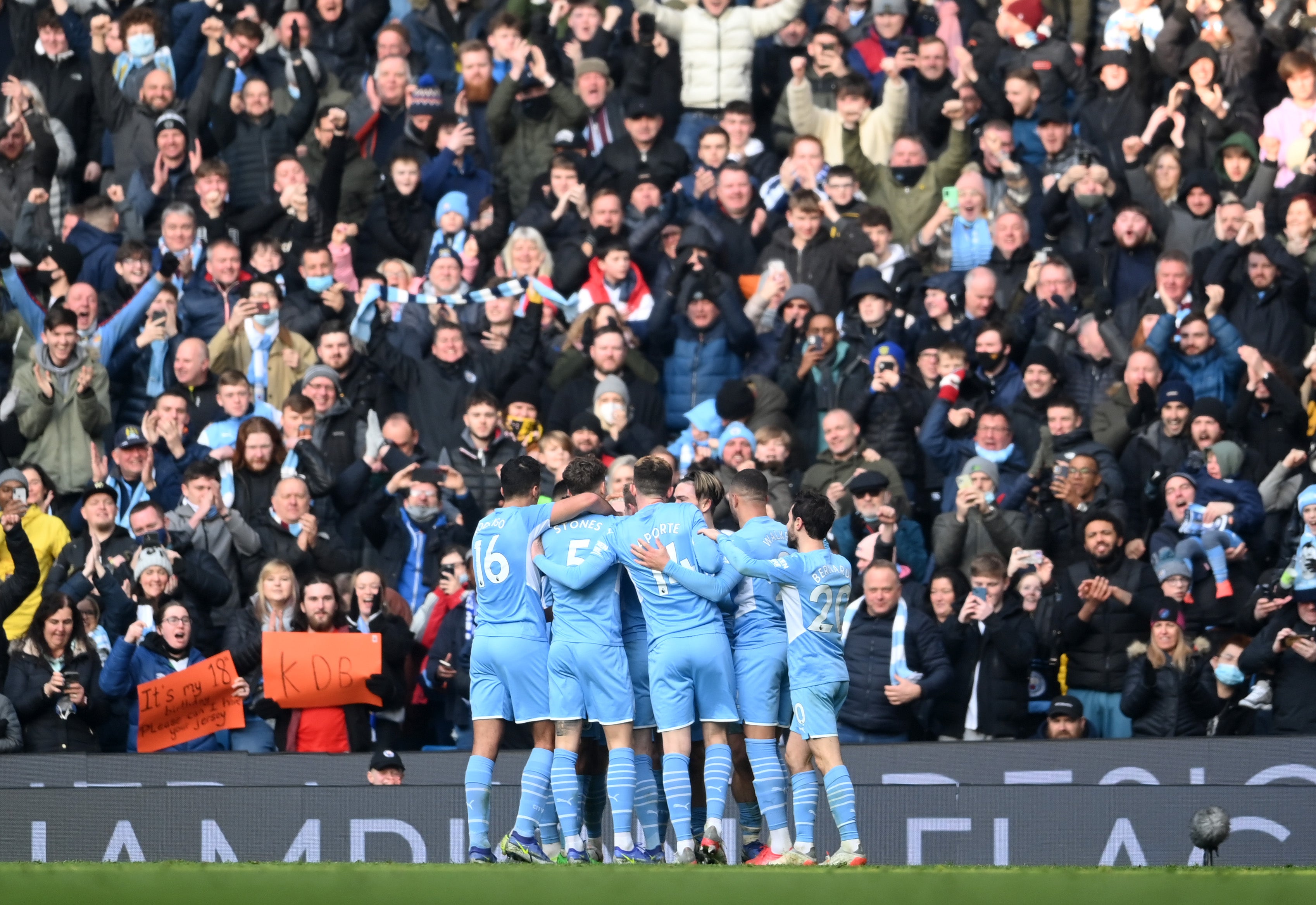 Manchester City 1-0 Chelsea: The Belgian’s sublime winner saw the Premier League champions increase their lead at the top of the table to 13 points

Thomas Tuchel reflects on the game

Thomas Tuchel gave his thoughts to Sky Sports after the match and explained how the work from his offensive players was not good enough to ensure Chelsea came away with at least a draw. He said:

The result yes [is disappointing] but this can happen. I think we deserved a draw, I think we defended very, very well and did not allow any big chances.

“One in the first half from a mistake from us but we were not under so much pressure that it was clear they would score. Performance wise this is okay, given that we had to change our back three again.

“Defensive wise I am absolutely okay with that performance, we deserved a draw, it would have been a fair result, but we don’t have it. We have won games like this against City and that feels very different but that is the way it is.

Yeah, obviously it’s a big game and I think they came here with a very good plan, they were tight defensively, but we played a very good game. It’s nice to score the goal, it was important because it’s the only one but I think the team played very well today.

“We knew if we won today we’d make the gap bigger on them. We’ve been in this situation before where we are points ahead but a lot of things can change and the momentum can swing very quickly. I think the team was focused on the job that they needed to do and that’s the only thing that we can do.”