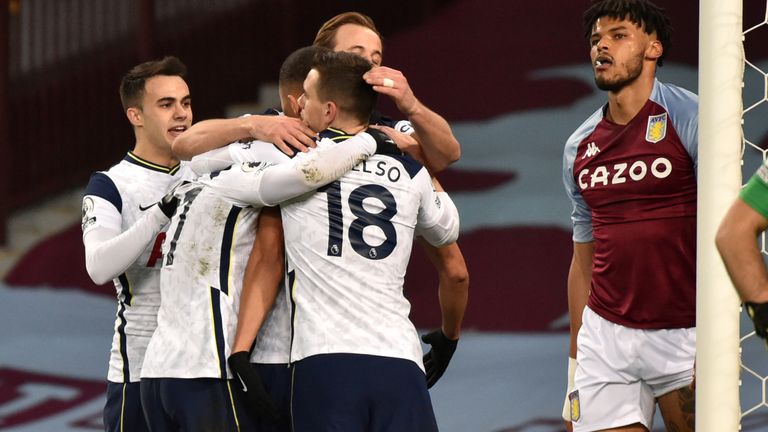 Tottenham put a difficult week behind them as they breathed new life into the bid to secure European football next season with a 2-0 victory at Aston Villa on Super Sunday.

Jose Mourinho’s side, who were under pressure after defeat to north London rivals Arsenal last weekend and a Europa League exit at the hands of Dinamo Zagreb in midweek, took the lead midway through the first half thanks to Carlos Vinicius’ first Premier League goal.

Harry Kane, who partnered Vinicius in attack, put the smiles firmly back on Spurs’ faces, scoring from the penalty spot to seal an important three points after winning the penalty following a coming together with Matty Cash.

Harry Kane wins and then converts a penalty to double Tottenham's lead against Aston Villa.

Victory sees Spurs, who ease the pressure off Mourinho, move above Everton and Liverpool into sixth, one point behind West Ham in fifth, and three behind fourth-placed Chelsea.

Meanwhile, Villa, who were without the injured Jack Grealish again, stay 10th with defeat denting their own European hopes.

“Harry Kane doesn’t play the ball, he runs over the ball. No one likes a wily striker more than Jose Mourinho and he was there Kane.

“Cash has gone in there to block the cross that Kane is going to put across. Kane jumps over the ball and jumps into the challenge of Cash, it’s as simple as that.” 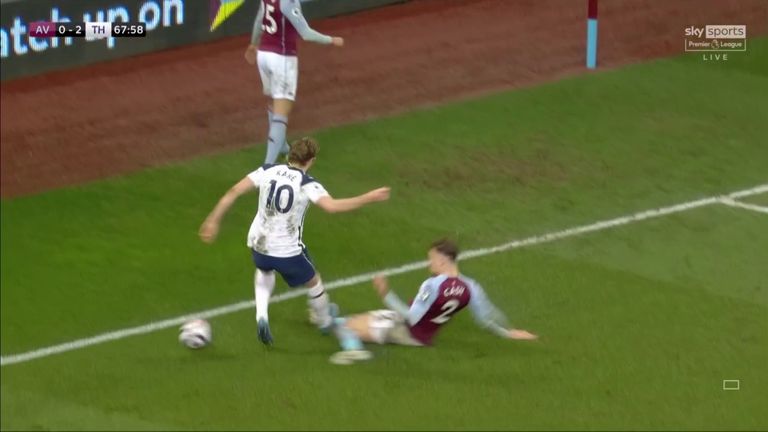 Neville: Jose will be nibbling again

“Spurs are a point off West Ham in fifth, three points behind Chelsea, who are in the final Champions League place.

“Jose Mourinho will be nibbling again. It will be a comfortable international break for him now.”

“It’s there for them. They have got the ability to do it, they are just inconsistent.”

Man of the match – Lucas Moura

Sky Sports’ Gary Neville: “It could be Harry Kane, it could be Pierre-Emile Hojbjerg, but I’m going with Lucas Moura.

“I just think the setting up of the first goal and his general all-round performance has been really good.” 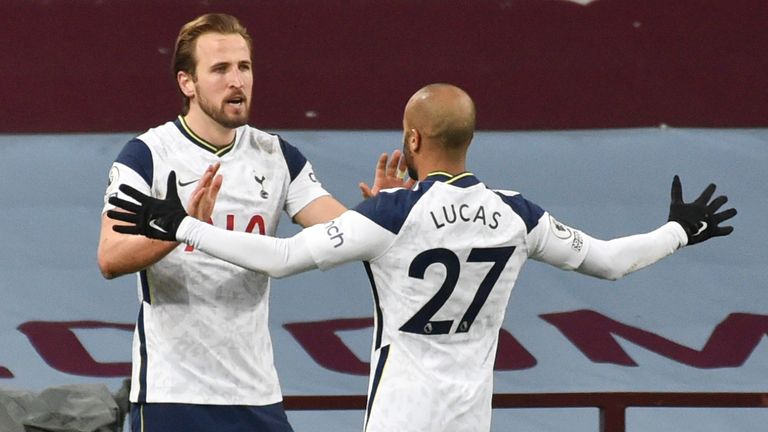 March 21, 2021 Soccer Comments Off on Aston Villa 0-2 Tottenham: Spurs up to sixth as they put bad week behind them
NFL News