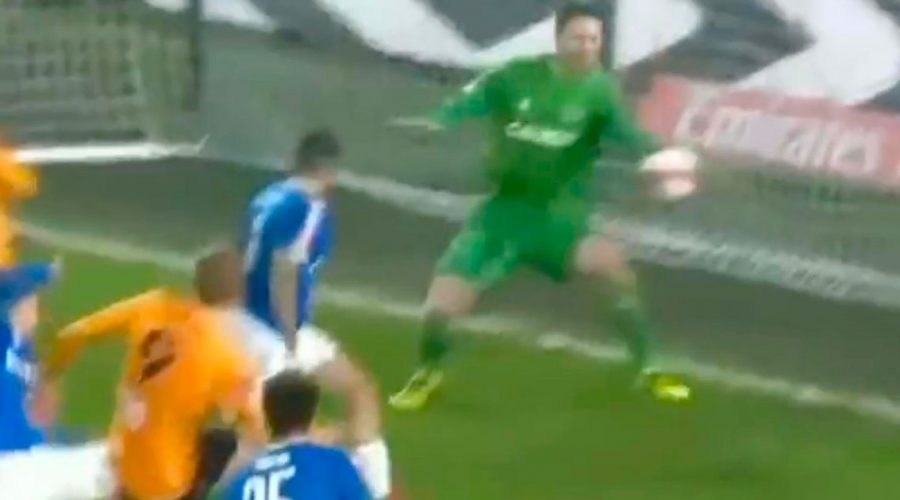 Asmir Begovic pulled off an absolutely blinding save to keep Everton ahead during their FA Cup third round victory over Hull City at the MKM Stadium on Saturday.

The Bosnian produced arguably the save of the season after parrying Hull striker Tom Eaves' close-range blast to prevent a late equaliser and avoid the embarrassment of drawing against a Championship side.

Fan went wild on social media, with some even likening it to David Seaman's famous Matrix-like save for Arsenal against Sheffield United during the FA Cup semi-final in 2003.

"Asmir Begovic just made one of the best saves you’ll ever see. Amazing," wrote one fan.

"That Begovic save has to be contender for save of the season," said another.

Another wrote: "That save from Begovic was ridiculous. World class reaction."

Tyler Smith had given Hull a dream start after opening the scoring with just a minute on the clock, but Rafa Benitez's side soon took control and hit back with goals from Demarai Gray and Andre Gomes.

The hosts grabbed an equaliser in the second half as youngster Ryan Longman curled a gorgeous strike into the top-corner from the edge of the box, no less than they deserved.

Who is the most underrated goalkeeper in the Premier League at the moment? Let us know in the comments section…

With FA Cup replays for the third and fourth rounds scrapped due to fixture congestion, the match went to extra time, and after just nine minutes Everton's Andros Townsend put the Toffees back in front with another magnificent strike from 30 yards.

But Begovic will be the undisputed Evertonian hero tonight, and rightly so.