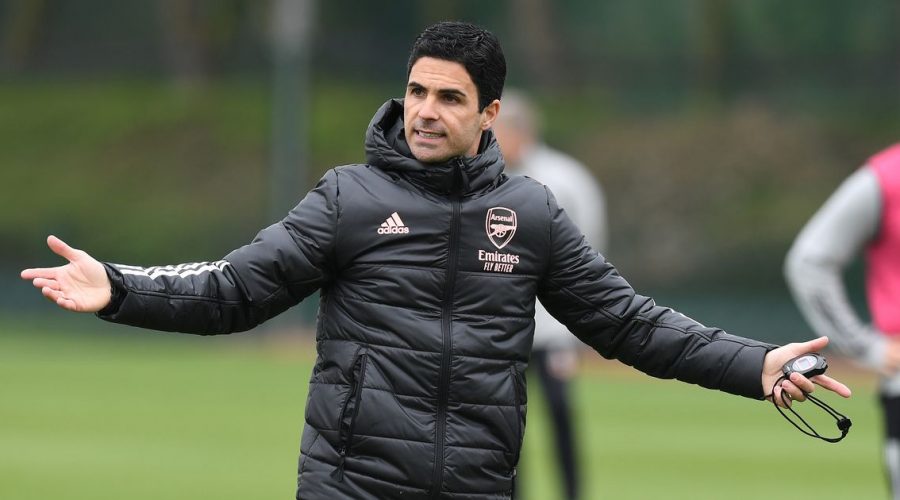 Mikel Arteta has now stopped his “wheel of fortune” punishments at Arsenal – because of repeat offenders.

The Spaniard is trying to get his side to the Europa League final for the first time in three years, with predecessor Unai Emery of Villarreal in his way.

Taking over from the 49-year-old in December 2019, the Pep Guardiola protege has struggled for consistent form as his side sit 10th in the Premier League.

Arteta has worked hard to put his stamp on the team, having sold Mesut Ozil and bringing a “hard working” mentality to the dugout.

But The Athletic have reported that one of his methods of discipline has been thrown out. The Gunners boss used a “wheel of fortune” which featured punishments for players that made minor discretions or were late for team meets.

These included ‘forfeits’ such as a small fine, cleaning the team dressing room or polishing captain Pierre-Emerick Aubameyang’s car.

But the report states that the wheel has been scrapped as players who continued to commit offences ‘saw the novelty wearing off’. While the social distancing regulations of Covid-19 has also made some of the forfeits difficult to complete at London Colney.

A member of staff told The Athletic: “It was becoming a bit too much of a joke.

“We shouldn’t be laughing about this now because somebody is doing it too often’. It wears a bit thin when there are the same three players every week doing it.” Arsenal are looking to reach the Europa League final with a semi-final win over Villarreal, three years after losing to rivals Chelsea 4-1 under Emery.

And it would be a rare positive for the club, with fans protesting against their owners the Kroenkes over their European Super League involvement.

But there could be changes at the top as Spotify co-founder Daniel Ek is reportedly preparing a £1.8bn bid with club legends Thierry Henry, Dennis Bergkamp and Patrick Vieira.

READ MORE:Football stars who rented homes off each other after Mikel Arteta's Unai Emery offer