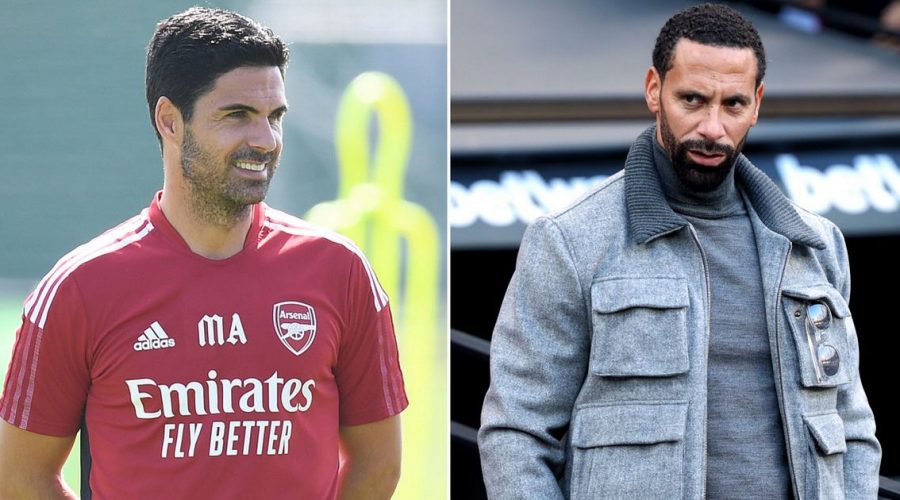 Mikel Arteta is seemingly on the same wavelength as Rio Ferdinand after following through on the pundit's recent advice with a hat-trick of key decisions at Arsenal.

The Gunners' boss has been putting the foundations in place to build a new era at the club after an indifferent first 18 months in charge.

After missing out on European competition last season, pressure is on Arteta to restore Arsenal's status among Europe's elite.

And to do so he is focusing heavily on youth, with Arsenal's two latest signings – Nuno Tavares and Albert Sambi Lokonga (both 21) – prime examples of the club building for its future.

But beyond that, Ferdinand will feel Arsenal have made an even bigger contribution to their success in the years to come, by tying down a trio of star players.

Emile Smith Rowe is the latest to put pen to paper on a new five-year contract, following swiftly in the footsteps of teammates Kieran Tierney and Bukayo Saka.

Speaking on his his FIVE YouTube channel back in May, Ferdinand said: "The only thing to come out for Arsenal are ESR, Saka and Tierney this season.

"They’ve been top, they’ve been the best players and that’s what he [Arteta]’s got to build around going forward."

Smith Rowe was the subject of two bids from Aston Villa earlier in the window as Arsenal's resolve was tested for the young playmaker.

But the club never entertained Villa's approaches, instead working on a new long-term deal which also sees the Hale End academy graduate take over the coveted No.10 shirt from the start of next season – a sure sign of Arteta's faith in the player.

In Saka, too, they have a player who appears destined for further success going forward, following his impressive displays for England at Euro 2020.

Who should Arsenal sign next ahead of the new season? Have your say below.

The 19-year-old signed a fresh four-year contract at the start of this month, while Tierney led the way with a new five-year agreement from the end of June.

The key trio are likely to play pivotal roles in Arsenal's side in the coming years, but Ferdinand suggested one other player should be made a more prominent figure.

‘Even Joe Willock has gone [on loan] to Newcastle and kept them up," the ex-Man Utd defender said. "He’s got to come back into the fray surely after that little spell he’s had there."

Willock impressed under Steve Bruce at St. James' Park, scoring in each of his last seven games out on loan.

Yet he could now find himself surplus to requirements at Arsenal, who are now reportedly open to selling him after tying down Smith Rowe.

With both players occupying similar positions, the decision to give Smith Rowe the No.10 shirt indicates chances may be limited for Willock back in north London.

And according to Sky Sports , Toon boss Bruce is not giving up hope on landing Willock permanently, with a bid of over £20million likely to tempt Arsenal into offloading the 21-year-old to boost their own transfer kitty.