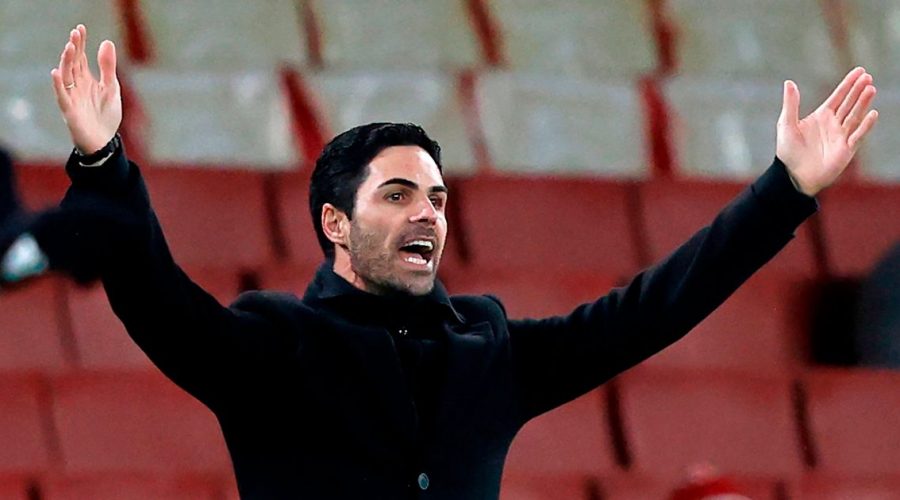 Mikel Arteta has admitted Arsenal's summer search for a new goalkeeper did not go to plan as the future of back-up stopper Alex Runarsson has been plunged into doubt.

Arteta had been keen to keep hold of Martinez but was not able to offer the Argentine regular action with Bernd Leno his clear No.1.

But now it seems Runarsson was not the ideal choice to replace Martinez, as Arteta revealed the club were prepared to let the Icelandic international leave on loan this month.

Asked whether the Gunners had fielded any offers for Runarsson, Arteta replied: "There is nothing there yet.

"We are assessing what is going to happen with the three positions, the discussions we had in the summer with Edu and the club were a little bit different to what actually happened because of the transfer window and the situation that developed with Emi at the end of the day.

"We didn't have much time to do what we really wanted to do and we decided to assess the situation now in this window, which is what we are trying to do, and we will make a decision about how we want to move forward in those three positions in the goalkeeping area."

As per a report from The Athletic , Runarsson has always been seen as Arsenal's No.3, despite him providing primary back-up to Leno so far this season.

A few question marks were raised over the capabilities of the 25-year-old following his performance against Man City in the 4-1 League Cup defeat last month.

Clubs from the Championship and abroad are interested in taking Runarsson on loan, which would give him some much-needed first-team experience.

Who should Arsenal sign as a back-up goalkeeper? Have your say below.

That is dependant on Arsenal getting another keeper in though before the January window closes.

Brentford's David Raya was on their shortlist in the summer, on glowing recommendation from goalkeeping coach Inaki Cana Pavon, though it is not clear if Arsenal are still keen.

An alternative option could be signing a more senior professional on loan until the end of the season, giving Arteta and Edu more time to seek out longer-term targets.