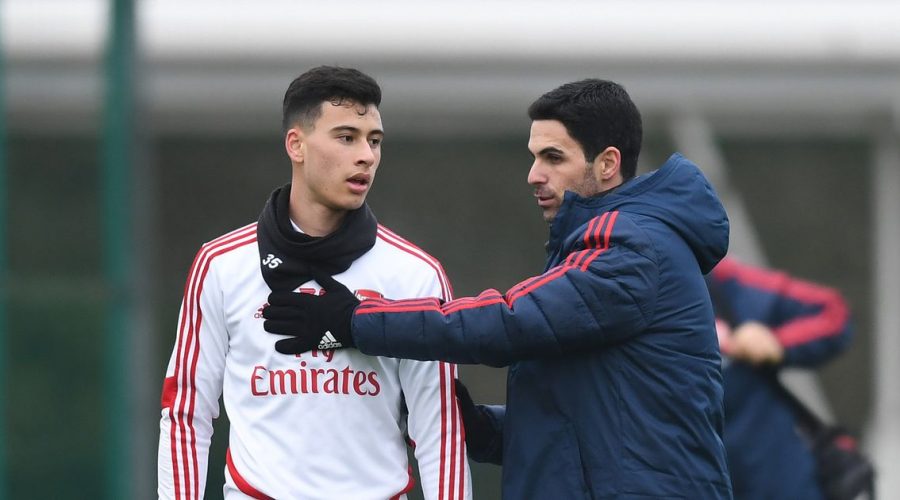 Mikel Arteta has defended his use of Gabriel Martinelli after the Arsenal forward again showcased his quality in the win over Newcastle.

The striker provided the assist for Pierre-Emerick Aubameyang as he got on the scoresheet at St James' Park.

Martinelli came off the bench in Thursday's loss at Villarreal with his impact again seeing increased calls for him to play more regularly.

The 19-year-old has had to deal with injury issues during his career at the Emirates and Arteta is trying to ease him in slowly.

"Gabi is improving every week. I think he’s taking his minutes in the right way and he’s developing in the way that we all believe he can," said the Spaniard.

"Today he had an assist, it was in an important moment, and he had some good moments off the left and as well trying to play him as a nine as well."

Arteta was quizzed on whether he would use Martinelli as a No 9 or a winger going forward but he wants him to be capable of doing both.

He said: "Time will tell but I’d like to develop him in both positions because I think he’s got the potential to do both."

Arteta has a host of strikers available to him meaning Martinelli is battling with the likes of Aubameyang and Alexandre Lacazette for a starting berth.

But the Gunners both is adamant the Brazilian has been utilised as and when he's been fit.

"But it happens. This debate is always happening when you don’t win. If it is not him, it will be someone else. If it’s not Gabi, it will be Lacazette, if it’s not him it will be Willian, or Pepe. So it’s part of it."

May 2, 2021 Soccer Comments Off on Arteta defends use of Martinelli as he outlines forward’s future position
NFL News