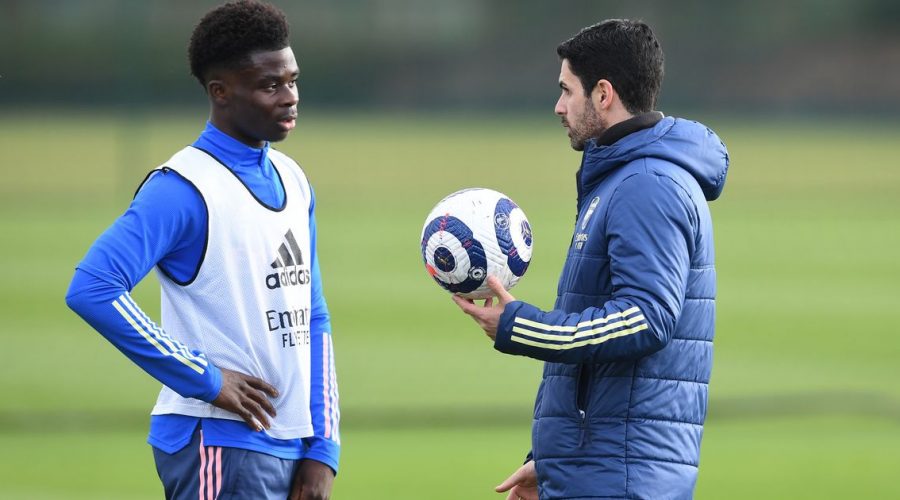 Mikel Arteta admits he played Bukayo Saka in a range of different positions in order to "test" the youngster.

The Arsenal teenager has continued to go from strength to strength as he becomes integral to the club's future plans.

Since bursting onto the scene Saka has been played as a full-back, a wing-back but also as a forward.

Arteta has praised the 19-year-old's ability to make decisions on the pitch and concedes he deliberately mixed up his positions.

"'B' makes a lot of good decisions because he is such an intelligent player who can read situations. After that, of course, he has the ability to execute them the right way and that's obviously a big quality.

"It took me a while to figure him out. That's why I tried to play him in different positions, to see how he reacted.

"I wanted to test his character as well because he was playing as a left-back and I know it wasn't his ideal position but he had to go through that period."

"We've seen how he can affect the game more and be a real threat. He has the quality to decide a football match.

"When you have that, you need to try to get the right position for him to be decisive as much as possible because then the team will be closer to winning more football matches."

Saka's stellar season has him in contention to make Gareth Southgate's England squad this summer.

The Gunners academy graduate has scored seven times in all competitions.

April 17, 2021 Soccer Comments Off on Arteta confirms Saka "test" and admits: "It took me a while to figure him out"
NFL News