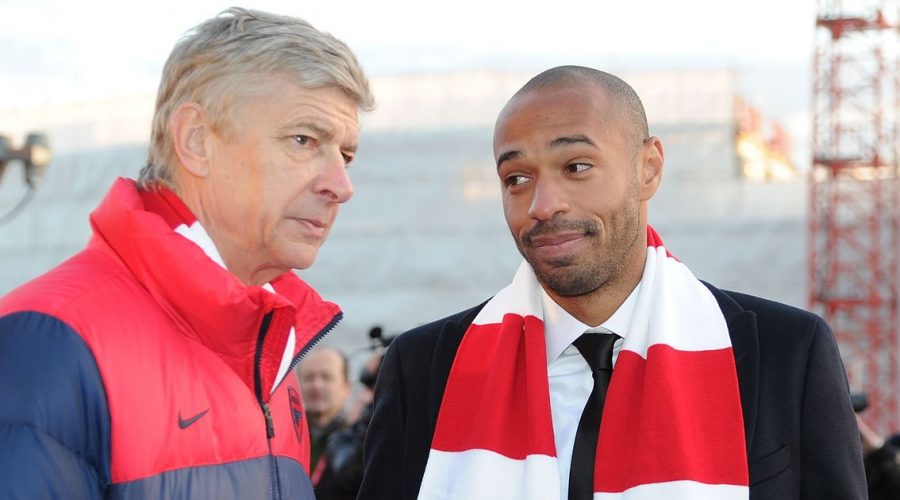 Thierry Henry has been getting tips from both Arsene Wenger and Pep Guardiola in his quest to become Arsenal boss following struggles with Monaco and Montreal.

The iconic former Gunners forward won two Premier League titles and two FA Cups during his eight-season spell under Wenger between 1999 and 2007 – scoring 226 goals across 370 appearances.

The 43-year-old made his move into coaching back in 2019 with former side Monaco, but he left with only four wins from 20 fixtures before taking up another challenge in MLS.

With a record of nine wins from 29 matches, Henry announced last month that he would be returning to London for personal reasons – which is set to give his time in management a fresh start.

The former Barcelona forward has made no secret of his desire to one day coach Arsenal after Mikel Arteta has moved on, and he has been getting tips from two of the best in the business.

“If you ask if one day I’d like to cut the grass at the Emirates Stadium, then yes.

“But it’s a utopia, and I am far from that. If you ask me am I dreaming, yes I’m dreaming.

“I’m on my learning curve, I want to do well for the team I’m coaching, then time will tell. If you’re not successful, you’re not going to have those types of opportunities.

“I’m just concentrating on what I can control, and the rest is a massive utopia.”

He added: added: “Whenever I see a coach, I always speak to them. Obviously I speak to Pep, and I speak to Arsene whenever I can reach him.

“We speak, because when I was a player and he was a coach, I was chewing his ear out. Now as a coach I want to know things. Arsene triggered my brain – I needed that at the time.

“Pep was a master of tactics. He can see so much that sometimes it might be a problem for him, because he sees a lot and he wants to change things a lot!

“Tactically, he’s a freak. The stuff I learned from him was incredible.”