Arsenal’s new adidas pre-match kit leaked but Gunners supporters aren’t best pleased with design: ‘Has it been mixed in the wash or something’

Arsenal’s apparent pre-match shirt for next season has been leaked ahead of the club’s imminent switch to adidas.

The Premier League outfit will move from Puma to manufacturing giants adidas next season, which has proved a universally popular decision with the club’s supporters.

And on Thursday, Footy Headlines – who specialise in the early release of new football attire – revealed several images of the club’s pre-match kit that has been created by adidas as part of their collaboration with recycling company Parley. 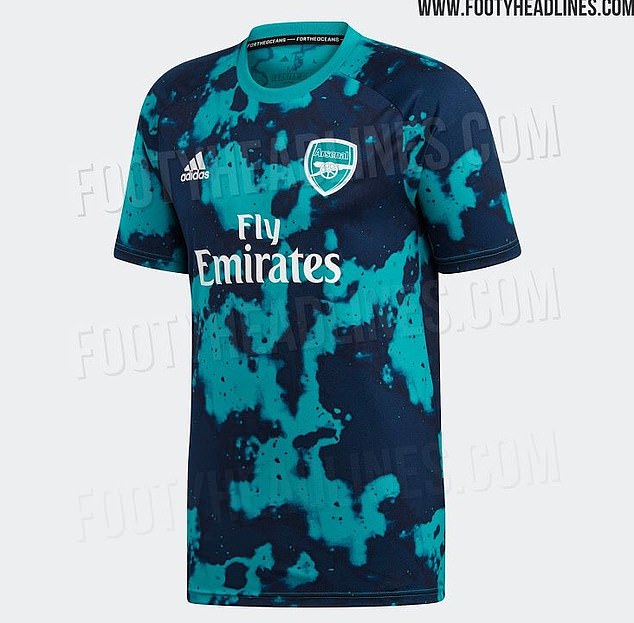 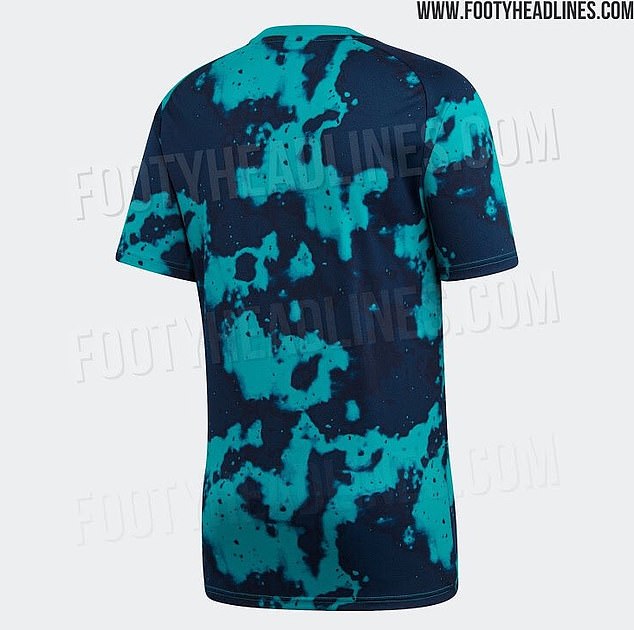 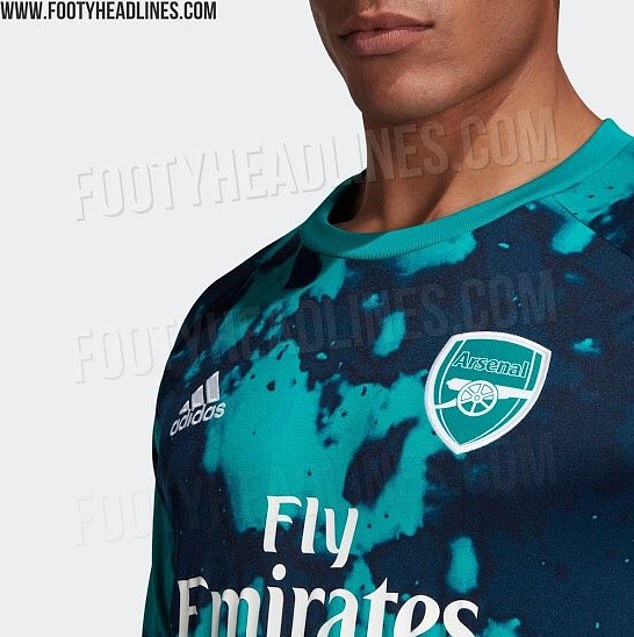 The daring strip is predominantly navy with splashes of teal dotted all over, while the club crest on the front is white and teal.

The Gunners last donned adidas back in the 1993-94 season as Nike took over from the German company the following campaign.

But Arsenal fans don’t appear best pleased with the new design of their training top that will be worn ahead of games next season.

The fans kept flocking to Twitter: ‘The effects of bleach when it catches your fav shirt’

One Arsenal supporter slammed the design, saying on Twitter: ‘Thank God it’s just a pre-match shirt. Horrible this one.’

Another social media user joked: ‘Has it been mixed in the wash or something’, while one Arsenal fan said: ‘The effects of bleach when it catches your fav shirt’.

Finally, one Arsenal fan likened the shirt to Arsenal’s poor run of form: ‘Sums up Arsenal lately – a mess.’

Meanwhile, this Gunners fan said on Thursday that the new shit ‘screams Puma all over’