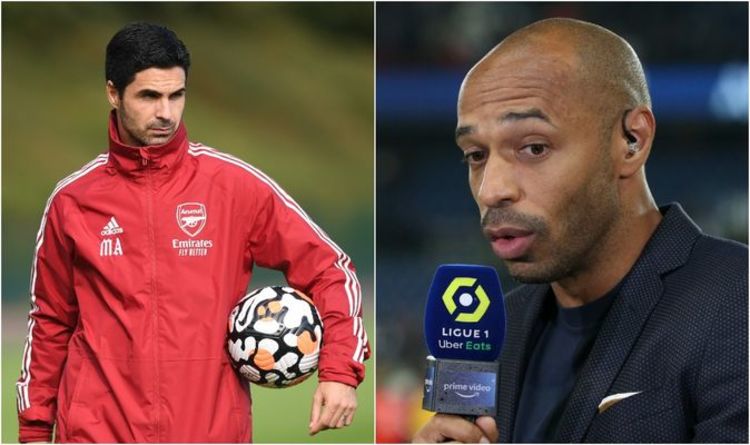 Arsenal boss Mikel Arteta seems to have turned things around since losing three straight Premier League games to kick off the season, although their only truly convincing victory remains the north London Derby. As a result, the Spaniard is still among the favourites to be next for the sack, while Thierry Henry claims he “does not know whether the Gunners are going in the right direction”. Ominously for Arteta, there are plenty of good managers currently on the market – Express Sport looks at four who could be appointed if Arteta is sacked.

The current Brentford boss is making waves in the topflight, with the Bees sitting comfortably in seventh after some impressive performances.

Frank has been the spearhead of a new era in west London as Brentford make their first voyage into the Premier League in their brand new stadium.

They had a tough time gaining promotion in the first place, but since earning their spot they have only lost once, taking points off tough opponents on the way.

Liverpool and West Ham are two examples, while Arsenal themselves should be fully aware of Frank’s tactical nous after their 2-0 drubbing at the Brentford Community Stadium on the season’s opening night.

JUST IN: Chelsea could pay the price for Tammy Abraham transfer but have an ace in the hole

It has been a long road back to the top for Rodgers after coming so close to winning the league with Liverpool in 2014, and ultimately being sacked a year later.

A dominant spell at Celtic preceded his return to England with Leicester City, leading them to the verge of Champions League qualification twice.

Recently, the Northern Irishman has been linked with Saudi-backed Newcastle, although Steve Bruce has not been given his marching orders just yet.

With the Foxes so far struggling this campaign, Rodgers could be tempted by an Arsenal proposition if he believes he has taken the Midlands side as far as he can.

A manager firmly in the Thomas Frank mould, Potter is so far unproven at a top club but he has been mightily impressive wherever he has been so far.

A lengthy seven-year apprenticeship in Sweden as boss of Ostersund saw him go from the fourth division to Europa League qualification – a truly startling achievement.

Spells at Swansea and now Brighton have only raised his stock further, as fans warm to his innovative style of football.

Taking charge of the Gunners would be a big step up for Potter, but the Seagulls are already four points ahead of Arsenal in the table so he must have a trick or two up his sleeve.

The Italian may well be Arsenal fans’ first choice to succeed Arteta, given he has barely put a foot wrong during his past 10 years in management.

He won the league with games to spare at Chelsea back in 2016/17, and he would arrive fresh off the back of a Serie A triumph with Inter Milan last campaign.

Put simply, Conte knows how to draw success out of a side, and the Gunners could demonstrate the kind of transfer market ambition he is after.

The 52-year-old only left the San Siro at the end of campaign because of the club’s lack of ambition after all.