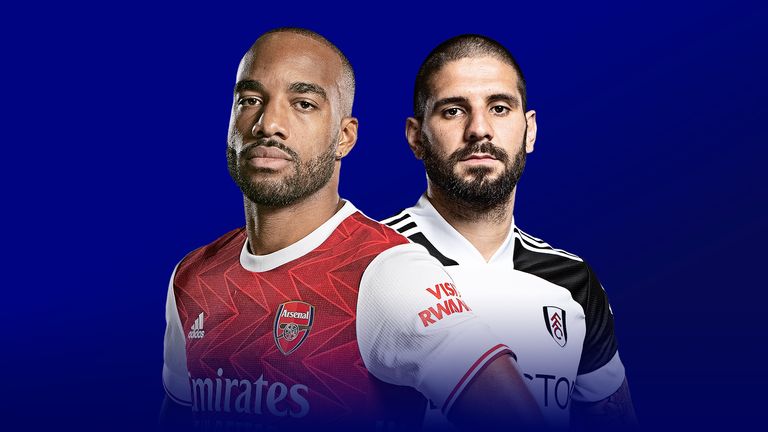 Arsenal will be without Pierre-Emerick Aubameyang; Terence Kongolo is sidelined for the remainder of the season; follow Arsenal vs Fulham live on Sky Sports Premier League and Main Event from 1pm; kick-off 1.30pm; watch free highlights shortly after full time on Sky Sports website and app 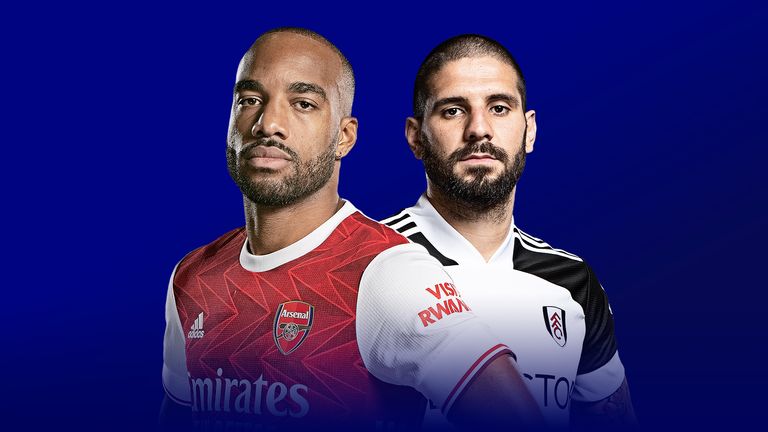 Team news, stats and prediction ahead of Arsenal vs Fulham in the Premier League on Sunday (kick-off 1.30pm).

Arsenal will be without captain Pierre-Emerick Aubameyang for their Premier League clash with Fulham on Sunday.

The Gabon striker has missed the last two games after contracting malaria during the recent international break and will not be fit to return.

David Luiz and Kieran Tierney (both knee) are sidelined and Real Madrid loanee Martin Odegaard is a doubt as he continues to suffer from a niggling ankle issue.

Fulham will be without Terence Kongolo for the remainder of the season after he sustained an injury against Wolves last Friday in his comeback match from a previous issue.

The 27-year-old, who has managed just two appearances for Scott Parker’s men this season, will have surgery on Saturday.

Tom Cairney will also be absent again, having yet feature this year. Although Cairney has returned to grass-based training, Parker was not able to give a return date for the midfielder. Ademola Lookman, however, could be available after a knock saw him miss the Wolves clash.

Arsenal vs Fulham will be shown live on Sky Sports Premier League and Main Event from 1pm; kick-off 1.30pm. Sky Sports customers can watch in-game clips in the live match blog on the Sky Sports website and app. Highlights will also be published on the Sky Sports digital platforms and the Sky Sports Football YouTube channel shortly after the final whistle.

It’s unlikely the “race for ninth” is going to get many of the Arsenal players fully revved up for this encounter but they might not need to be at full pelt to swat aside flaky Fulham.

The west Londoners are likely to get relegated for many reasons, but the one that stands out to me is their woeful conversion rate in terms of shots to goals. A season return of 6.38 is the lowest of any team in the Premier League.

Scott Parker has a team that plays mature football to get to within shooting distance in matches, as shown by their shots haul of 376 this season – the ninth highest in the Premier League. They just can’t consistently take their chances.

More of the same is likely to be served up here as only a win will do in their quest to avoid the drop. Fulham have averaged 12.6 shots per 90 minutes in their last eight fixtures and when you throw in the must-win factor into the equation, the 13/2 with Sky Bet looks very generous for them to fire 15 or more shots during the 90 minutes. It’ll give you a great run.

In the latest Pitch to Post Preview show, Kate Burlaga is joined by Ben Grounds, Adam Bate and Kaveh Solhekol to preview the weekend’s football action.

| PART 2 – West Ham looking for unprecedented top-four finish | Is Moyes manager of the year? | What is Jesse Lingard’s future?