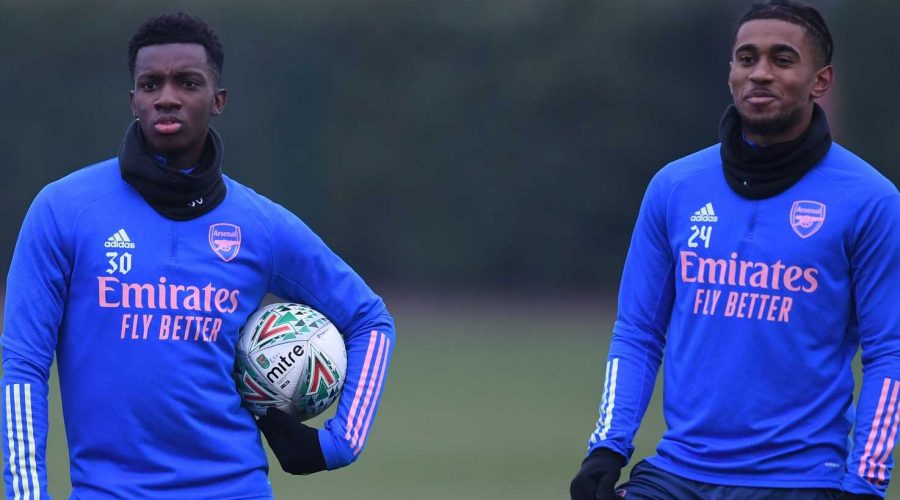 Arsenal will have the chance to break into the top half of the Premier League when they welcome Crystal Palace to the Emirates Stadium tonight.

Last season saw both fixtures between the teams end in draws, with a 1-1 scoreline at Selhurst Park and a 2-2 stalemate in north London.

But Arsenal are enjoying their best run of form this season under Mikel Arteta, winning 2-0 over Newcastle in extra-time on Saturday in the third round of the FA Cup for their fourth successive victory across all competitions and their third clean sheet in a row.

With home matches against Palace and Newcastle this week, Arteta will be looking to move up the Premier League table from 11th.

Palace were knocked out of the FA Cup on Friday with a 1-0 loss to Wolves. However, the side did end a five-match winless run in their last Premier League fixture with a 2-0 win over Sheffield United, and a victory in this London derby would be a huge boost for Roy Hodgson’s side.

Palace are unbeaten in the last four meetings between the teams, but Arteta’s team look to be the favourites.

The game kicks off at 8pm GMT this evening.

Arsenal’s Thomas Partey is set to be on the bench for the game after recovering from a thigh injury. Fellow summer signing Gabriel Magalhaes could return to the squad, having been out since before Christmas with Covid-19 but now back to full training.

Gabriel Martinelli is unlikely to start after suffering an ankle injury in the warm-up against Newcastle. While fans fear he could be out for a long spell, the club said a scan showed no serious damage.

Arteta rotated his side for the FA Cup tie with Newcastle but could use the same XI that beat West Brom 4-0 two weeks ago, giving Alexandre Lacazette another chance to shine and lead the line. The striker has scored seven Premier League goals this season – more than twice as many as any other Arsenal player.

Emile Smith Rowe is likely to join him after the youngster scored the first goal against Newcastle.

As for Palace, Hodgson could see as many as eight players missing out for various reasons.

He still faces issues in defence with Mamadou Sakho, Martin Kelly, Scott Dann and Gary Cahill all out with injuries, giving Cheikhou Kouyate a chance to partner James Tomkins at the back.

Eberechi Eze could also be in the XI after also breaching regulations when he went to watch his old club QPR play.

January 14, 2021 Soccer Comments Off on Arsenal vs Crystal Palace prediction: How will Premier League fixture play out tonight?
NFL News