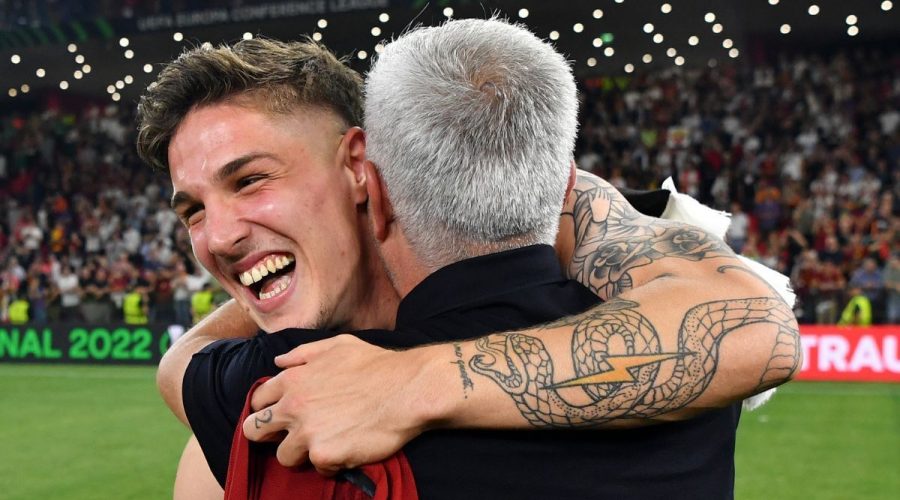 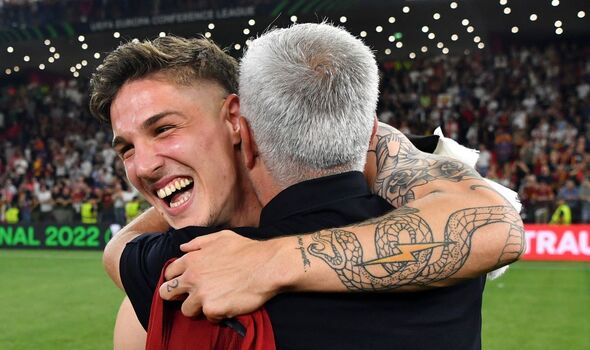 Reports in Italy suggest Arsenal are eyeing a move for Roma attacking midfielder Nicolo Zaniolo, who has been of long-term interest to Tottenham boss Antonio Conte. Spurs were in talks to sign the Italian attacker last summer when they saw a loan offer that included a £20million option to buy rejected by the Serie A side.

Roma are keen to extend Zaniolo’s stay at the Stadio Olimpico as they continue building for the future but contract discussions have now hit a snag.

Zaniolo’s current deal is due to expire in the summer of 2024 meaning Roma are now facing an uncomfortable decision with one of their most-prized assets.

Mourinho adores his creative playmaker and Zaniolo is considered integral to his Roma project amid reports The Special One is frustrated in Italy and could potentially walk away at the end of the season.

According to Rome-based daily newspaper La Repubblica, Arsenal are now showing interest in the 23-year-old due to the uncertain nature of his future at the Olimpico.

There is a sense that Roma could be backed into a corner over their attacking jewel should they fail to reach an agreement over a new contract.

The report notes that Zaniolo is valued between £26million (€30m) and £35m (€40m) – a price well within Arsenal’s financial capability following their recent offers for Mudryk.

While Zaniolo can play on the wing, he is predominantly a No 10 – something Arsenal do not currently require – which would raise question marks over the legitimacy of their interest.

Tottenham are still believed to be keen on signing Zaniolo – a target Fabio Paratici tried to land for Conte in the latter stages of the summer window.

Spurs are still thought to be looking for a No 10 to bolster the creativity levels within Conte’s underperforming squad.

The rumour mill is already turning from an Arsenal perspective following Chelsea’s dramatic hijack of Mudryk but there are several names believed to be of genuine attraction for Edu and Mikel Arteta.

Those include summer targets Moussa Diaby, Yeremy Pino and Raphinha, although the Barcelona winger is unlikely to be available this month following his £55m transfer to Catalonia last July.

Leandro Trossard is another player that has been offered to the Gunners as his agent seeks to secure him a move away from Brighton.

Speaking after the statement 2-0 win over Arsenal in the north London derby, Arteta ruled that he wanted Arsenal to show discipline in the market after missing out on their top January target.

“We have to have some discipline and be consistent in the targets we have. We can make the players better – let’s focus on that.”

Arsenal play Manchester United on Sunday and had previously hoped to sign Mudryk prior to the crunch Premier League title showdown.