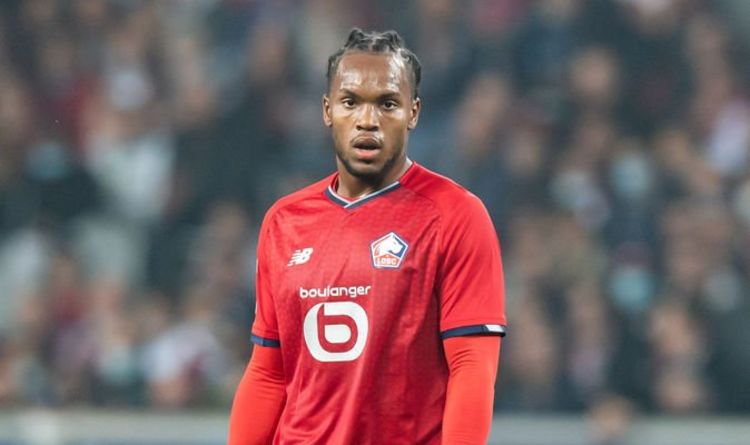 Arsenal target Renato Sanches has given an open and honest interview about transfers which failed to materialise during the summer, and where his career may go from here. The Portuguese has been in good form yet again this season, but with his Lille team struggling, a move elsewhere is becoming increasingly likely.

Arsenal were reminded of the distance between themselves and the Premier League’s top three sides against Liverpool on Saturday.

Despite a selection of positives to take from the game for Arsenal, the Reds eventually got into their stride and dished out a 4-0 hammering.

The Gunners went transfer crazy during the summer, but with ground still to make up, more investment could be on its way over the coming windows.

Sanches has been a long-standing target for the north London side, and with his Lille team faltering in France, a move away could happen sooner rather than later.

In a strikingly forthright interview with L’Equipe, the 24-year-old spoke openly about taking the next step in his career.

“I was supposed to go to Barcelona this summer, but my injury ruined everything,” he claimed.

“That’s why it collapsed with Barca. I will see what is best for me. AC Milan? It’s a great club, a historical club. Class. I like it.

“Maybe Milan and Arsenal are interested but I don’t know.

“I spoke with my agent, I know which clubs are calling and which are not, but I can’t tell now.

Still in his early twenties, Sanches’ career has been a rollercoaster after he was awarded the prestigious Golden Boy accolade in 2016.

A surprise loan spell from Bayern Munich to Swansea ensued the following year, and the midfielder failed to acclimatise to life in the Premier League, eventually leading to his departure from Bavaria in 2019.

Upon signing for Lille, his task was clearly to get his career back on track after failing to live up to early expectations.

Now into his third season and having scooped up a shock Ligue 1 title last campaign, Sanches has certainly done that, and big clubs have come calling once again.

Valued at £27million, it would be a sizable investment for any club to make in January, but with the player himself seemingly open to an exit, the opportunity could be too tempting to test the waters.

With Barcelona and AC Milan mentioned by the Portuguese star though, the Gunners may have a task on their hands convincing him that the Emirates can provide him with the perfect next step.