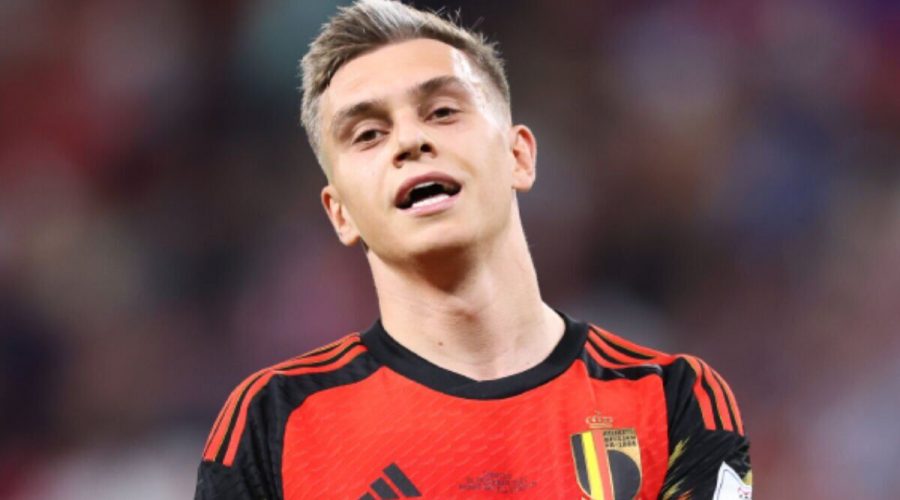 Arsenal stepped up their pursuit of Brighton star Leandro Trossard on Thursday as a Plan B after Chelsea hijacked their move for Mykhaylo Mudryk. But the Belgian has already turned down a move to the Emirates in the past due to Graham Potter’s influence. Both the Gunners and north London rivals Tottenham have attempted to sign Trossard this window, though the offer from Mikel Arteta’s side is thought to be much larger than Spurs’ initial bid.

Antonio Conte’s outfit reportedly bid £12million at the beginning of the window after it emerged that Trossard had fallen out with Brighton boss Roberto De Zerbi and was pushing for a move away from the club. The Belgian has enjoyed three-and-a-half successful years on the south coast since moving from Genk, but the 28-year-old had options elsewhere when he was leaving his homeland.

Trossard has been a long-term target for Arsenal, who he revealed were interested in him back in 2019 but a conversation with then-Brighton boss Potter convinced him that he would be better suited at the Seagulls. “I was in conversations with Arsenal. [But] a move to Arsenal or Atletico Madrid might not have been the right one,” he previously told Nieuwsblad.

“The trainer, Graham Potter, had come to the Belgium team hotel in Tubize three weeks before my wedding to come and talk to me. That he came for that made me feel good. Brighton were nervous and pushed to [complete the] deal quickly. And Brighton is not the worst place to live.”

However, Potter has since left Brighton for Chelsea and Trossard also appears to be exiting. He left the country after falling out with De Zerbi, while Brighton are hoping to receive around £26m for their star man even though he has just six months left on his current deal.

They do have an option to extend Trossard’s contract, though. Currently, Arsenal have fallen short of the asking price and are hoping to do a deal at £20m. Personal terms have reportedly been agreed upon ahead of a potential move, as Arsenal are hoping to conclude business swiftly and avoid risking a repeat of their Mudryk pursuit where they were gazumped to an £88m deal by Chelsea.

Arsenal were alerted to Trossard’s availability after his agent, Jody Comhair, hit out at De Zerbi and told Brighton to cooperate with a transfer this month.

“Through the physical trainer Leandro learned that he had to train separately,” Comhair said in a statement. “Last Monday the trainer [De Zerbi] then grounded Leandro in the group and indicated that he did not want to see him anymore.

“A trainer who has not communicated directly with his player for four weeks is truly incomprehensible. It is also the trainer who has indicated several times that a transfer is the most reasonable solution. It is therefore important that Brighton cooperate this mercato [transfer window] with a potential transfer.”