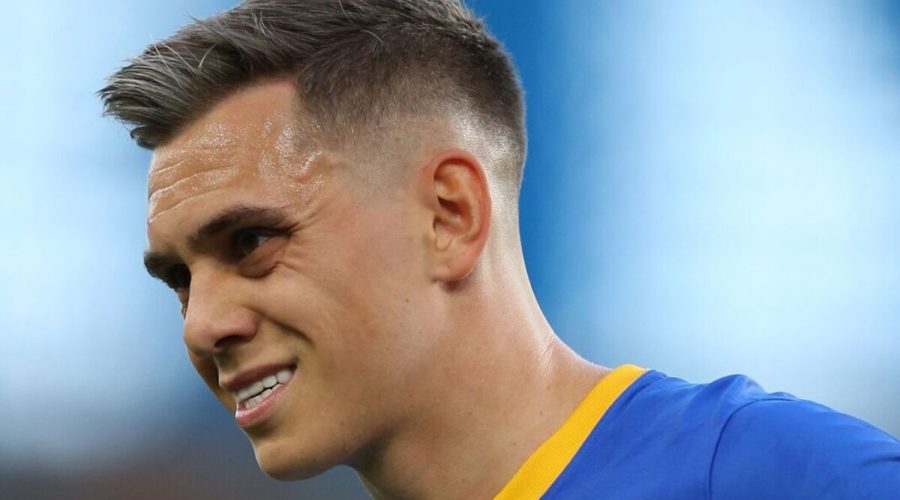 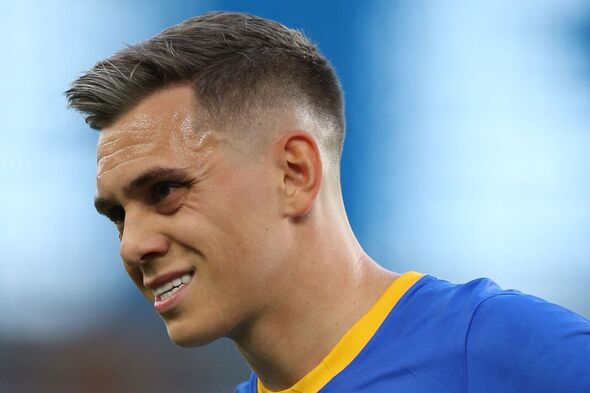 Arsenal have cast aside sporting director Edu and Mikel Arteta’s freshly-devised transfer policy to make a big push for Brighton winger Leandro Trossard with negotiations between the two Premier League clubs now at an advanced stage. The Gunners were left with virtually no other option but to think outside of the box after being forced back to the drawing board last Saturday when Shakhtar Donetsk confirmed an £88million agreement had been struck with Chelsea for Mykhaylo Mudryk.

While Arsenal are understood to have had other targets on their shortlist, they were hellbent on landing top target Mudryk this January following three respectable bids and the club were confident the feeling was reciprocated after agreeing personal terms with the 22-year-old winger.

With Raphinha seemingly unattainable as he favours staying put at Barcelona, attention then turned to Bayer Leverkusen’s Moussa Diaby – a player of interest since the summer transfer window when he was briefly considered alongside Wolves attacker Pedro Neto.

However, Bayer Leverkusen were simply against the idea of a mid-season sale unless they received an irresistible offer worth close to the astronomical figure Chelsea shelled out to Shakhtar for Mudryk.

Furthermore, Leverkusen and other selling clubs around Europe are undoubtedly mindful that Arsenal have plenty of cash to hand and that additionally, the Premier League leaders are determined to strengthen their forward line in the January transfer window.

The damaging combination of those two factors is ultimately what has led Arsenal to Trossard after they were presented the chance to sign the 28-year-old from Brighton by his representatives following his recent spat with Roberto De Zerbi.

In the past 18 months, the Gunners have sharpened up their recruitment plans and largely only invested in players under the age of 24 and that has been reflected in the fact Arteta has named – on average – the youngest side in the Premier League this season.

Now Arsenal are seemingly prepared to break rank and sign a tried and tested, Premier League-proven player in Trossard to avoid leaving the winter market empty-handed.

The Gunners simply need reinforcements in order to sustain a Premier League title challenge this season and with Manchester United (H) up next on Sunday, it’s plain to see exactly why Edu has kickstarted negotiations with Brighton over a swoop for their contract rebel.

Trossard would need to be officially registered by 12pm on Friday in order to be available for selection this weekend against the Red Devils.

The former Genk forward also has a proven record of scoring against the Big Six for the Seagulls having netted a stunning hat-trick in the 3-3 draw at Liverpool earlier this season.

While he does not align with Arsenal’s new-look transfer strategy, he will add some much-needed experience to Arteta’s ranks and attacking armoury.

He is a Xherdan Shaqiri-esque signing for the Gunners. Even if he is unlikely to start, he will certainly have a role to play if they are to lift silverware this season should a deal be struck.

The Swiss attacker played an integral, backstage role at Liverpool following his left-field move from Stoke as the Reds lifted the Champions League, Premier League, Super Cup and Club World Cup in the space of two seasons between 2018 and 2020.

Arsenal have also been tracking his development since his time at Genk when they held initial conversations over a potential deal prior to their £72m club-record move for Nicolas Pepe.

Trossard immediately improves Arsenal’s options from the bench and can give the current starters and Arteta something to think about – lifting the standards.

Even if he was to chip in with five or so goals, that could prove to be invaluable for the Gunners as they chase their first Premier League title since 2004.

Arsenal are understood to have outlined their desire to pay around £20m for Trossard while Brighton value the Belgian international at closer to £30m.

However, negotiations are believed to be fluid and there is a sense from an Arsenal perspective this is a deal that could be completed.

The added bonus of any potential agreement for Trossard is that it’s also a cost-effective transfer in comparison to the money they had previously tabled for Mudryk.

There is no reason why the funds saved on any swoop for Trossard could now be used to invest in other areas of the squad before the January 31 deadline with a central midfielder still of interest following three rejected bids for Aston Villa’s Douglas Luiz on transfer deadline day in September.