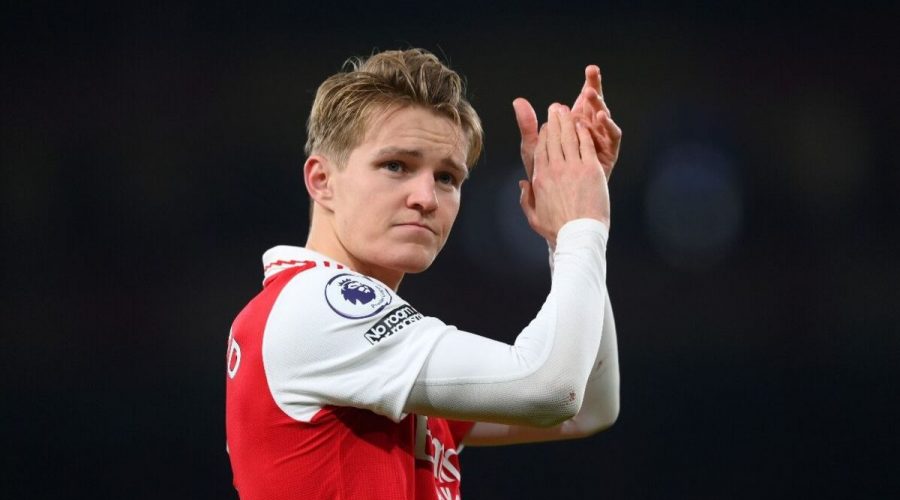 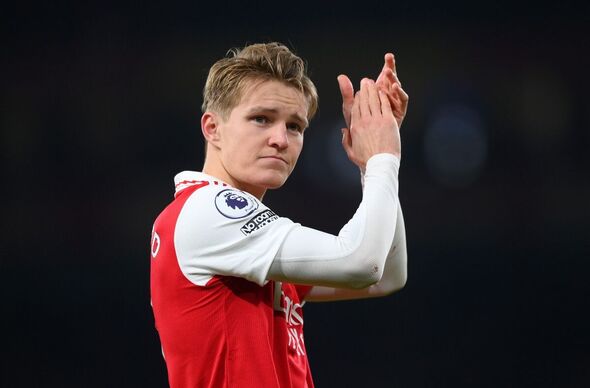 Martin Odegaard insists Arsenal players aren’t thinking about Manchester City at all – because it’s no surprise when they win. All the Gunners can do to keep Pep Guardiola’s side at bay is keep winning their own games.

And the Norwegian firmly believes that Sunday’s 3-2 win over Manchester United shows they have grown into a team capable of doing just that – provided that the focus is on doing it just one game at a time.

After 19 matches, Arsenal have a five-point lead over their only real rivals City, who have already played one game more. At kick-off time against United, though, the gap was down to just two points after the defending champions thrashed Wolves 3-0 earlier in the day.

But even such an emphatic result filtering through in the minutes before their own match had no effect in the Arsenal dressing room.

“Honestly, we don’t care about City or any other team,” Odegaard said. “We expected them to win so that was not a big surprise and we just focused on our game, to come here and win and that’s what we did. The way we won this game gives us a special feeling that will help as well.

“It’s a long season. We’re just halfway through, there are many games to be played so we have to stay calm and humble. Our only focus is the next game and that’s all that matters. We have to stay focused like this.”

Eddie Nketiah’s extra-time winner restored the gap but was worth more than just those extra points. “It’s a big difference,” Odegaard said. “Obviously, it’s three points so it’s crucial for us but also the feeling and the momentum we’ll take from this game is also very important.

“To win in this way, at home with the fans and to come back in the game like we did – it gives us three points but also this special feeling and keeps us motivated, gives the team a special feeling. That also comes from the manager.

“Every day in training he’s pushing us to do our best, the standards in training are unbelievable. Everyone has to be so sharp every day, that’s where we set the standard. We come in and work hard and we only want the best from everyone.”

Off the pitch, too, Arsenal are taking nothing for granted and are using the current transfer window to boost their squad further. Poland centre-back Jakub Kiwior is on the verge of completing his £17.5m signing from Spezia and sat in the stands on Sunday as former Brighton player Leandro Trossard made his Arsenal debut as a substitute.

“He was great when he came on,” Odegaard continued. “He took the ball and made things happen. He contributed to the last goal as well. So yeah, really happy to have him in the team and he showed his quality today straight away.

“When he comes in, quality players like Trossard, I think it will help the team. He can play many different positions and you saw his quality today straightaway. He will definitely help the team and we’re happy to have him on board, in the family.”