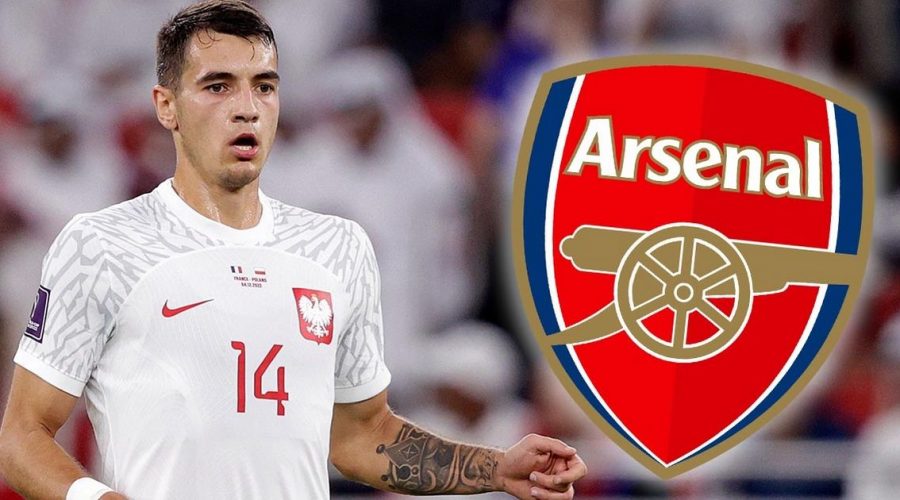 Arsenal have snapped up a £22million deal for a little-known defender after winning the race for Leandro Trossard this week.

Trossard has been undergoing his medical on Friday morning ahead of signing a three-and-a-half year deal with the Gunners as he arrives from Brighton & Hove Albion for an initial £21million. He is now set to be joined at the Emirates Stadium by their second signing of the January transfer window as Jakub Kiwior edges closer to a move.

The Polish defender will reportedly fly to London over the weekend to complete his medical and sign on the dotted line to join Arsenal.

According to reports in Poland, Arsenal gave agreed a £22million fee plus add-ons to sign the 22-year-old from Serie A side Spezia, with all parties expecting the deal to be completed soon.

Kiwior joined Spezia from Slovakian side MSK Zilina in 2021 and has made 43 appearances in Italy, with 20 of those coming this season as he started all of their matches prior to last weekend's win over Udinese.

Will Arsenal win the Premier League this season? Let us know in the comments section below.

He has also previously played in Belgium for Anderlecht after coming through the academy at GKS Tychy in his homeland. Kiwior has won nine caps for Poland and was a member of their squad for the World Cup in Qatar.

The centre-back will become Arteta's second signing of the month, following the impending arrival of Trossard, who will sign a deal through to the summer of 2026 once his move is finalised.

Arsenal have completed the two quick-fire deals after missing out on long-term target Mykhaylo Mudryk to London rivals Chelsea.

The Gunners had been in negotiations with Shakhtar Donetsk for the Ukrainian winger before Chelsea swooped in to hijack the deal, despite Mudryk teasing the move was close to completion on social media and reportedly agreeing personal terms.

Trossard and Kiwior will boost Arsenal's title charge, with Arteta's side currently five points clear at the top of the Premier League with a game in hand on nearest challengers Manchester City.