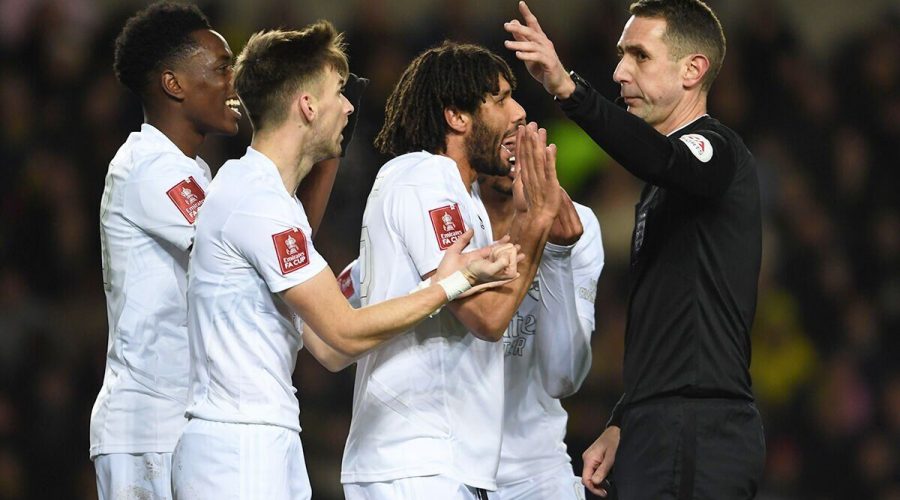 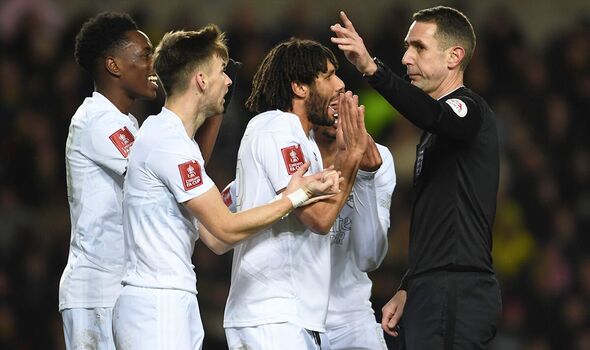 Arsenal have been hit with another fine following the FA Cup third-round tie against Oxford United earlier this month. It is the second time in January that the Gunners have received such punishment.

Arsenal were charged last week for failing to ensure its players acted in an orderly manner during the first half against the League One team. Several members of Mikel Arteta’s side surrounded the referee as they appealed for a penalty after Albert Sambi Lokonga’s shot appeared to be blocked by an Oxford hand in the 18-yard box.

A statement from the FA says the Premier League leaders denied the allegation and requested a hearing. However, the punishment has been upheld and Arsenal have been fined £40,000.

The statement from the FA reads: “Arsenal FC has been fined £40,000 after its players surrounded a match official during the FA Cup tie against Oxford United FC on Monday 9 January 2023. Arsenal FC denied an allegation from The FA that the club had failed to ensure its players conducted themselves in an orderly fashion during the 34th minute, and the club also requested a hearing.

“An independent Regulatory Commission subsequently upheld the allegation and imposed the club’s fine. Its written reasons for these decisions will be published in due course.”

Arsenal were also fined £40,000 following the 0-0 draw with Newcastle at the beginning of January. On that occasion, the Gunners accepted the charge for failing to ensure their players acted in an orderly manner in the 95th minute of the match at the Emirates.

Arteta refused to comment on the specific charges from the FA at his pre-match press conference last Friday. However, he did say he and his players are always looking at what they can improve.

Arteta said: “Anything that we can do to improve, we will always have a conversation with our players, with the staff and with the club as well to see what we can do [and what] we have to change in the game.”

Arsenal are currently eight points clear at the top of the Premier League table. Manchester City can close the gap when they face Tottenham at the Etihad on Thursday evening.

Manchester United are next up for Arteta’s men on Sunday. The Red Devils were held to a late 1-1 draw at Crystal Palace on Wednesday.

Victory at the Emirates would reduce the distance to their opponents to five points. However, Arsenal would still have a game in hand over Erik ten Hag’s side.