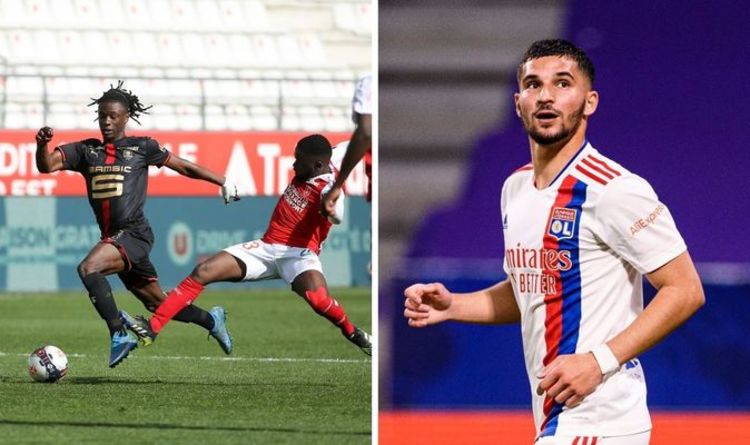 Arsenal are looking to bolster their midfield this summer and have reignited their interest in Lyon midfielder Houssem Aouar, according to reports. However, the Gunners are said to be prioritising a move for Rennes star Edouard Camavinga.

Mikel Arteta is set to shake up his midfield options ahead of the 2021/22 season, following a disappointing 2020/21 campaign.

Meanwhile, Granit Xhaka, Lucas Torreira and Matteo Guendouzi have all been tipped to leave the Emirates Stadium permanently to raise funds.

Jose Mourinho has targeted Xhaka at AS Roma, Torreira is linked with Lazio, and Guendouzi is thought to be close to a Marseille move.

JUST IN: Arsenal ‘gladiator’ to be loaned out with option to buy included 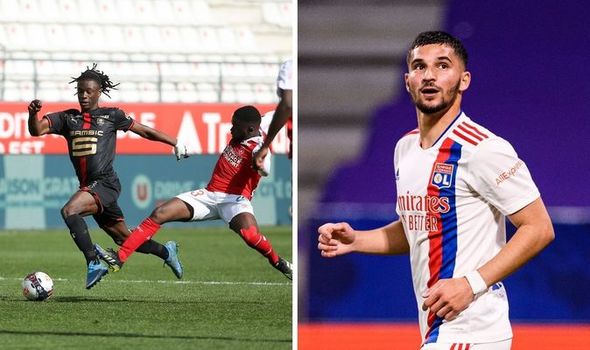 Arsenal have a long-standing interest in Aouar after targeting him last year but eventually going for a short-term Odegaard loan.

Lyon are reportedly willing to sell their prized asset for just £20million in the current transfer window.

It would present outrageous value for the France international, widely considered one of Ligue 1’s best playmakers.

Aouar doesn’t appear to be at the top of Arteta’s wishlist, though, if reports from France are accurate.

According to Le 10 Sport, Arsenal have shown the most interest in Rennes midfielder Camavinga in recent weeks.

The 18-year-old sensation has already made 82 appearances for Les Rennais, and many consider him to be the future of France’s midfield.

Since his emergence, he has been heavily linked with Real Madrid, whilst Manchester United have also been credited with an interest in his services.

However, Arsenal fans believe he is fond of the club due to images that surfaced online of him bearing club memorabilia in his house.

There is confidence among the fan base that Camavinga would be interested in making the switch to England. 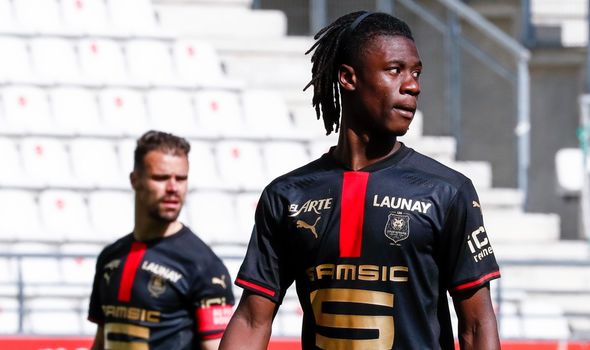 Despite the starlet’s contract expiring in 2022, Rennes are reportedly demanding a fee in excess of £43million (€50m) this summer.

A deal for Camavinga certainly poses a more formidable challenge than Aouar, but he appears to be Arteta’s priority in the transfer market.

However, fans may have to wait until the Gunners offload current stars before a move is made for any midfield target this summer.